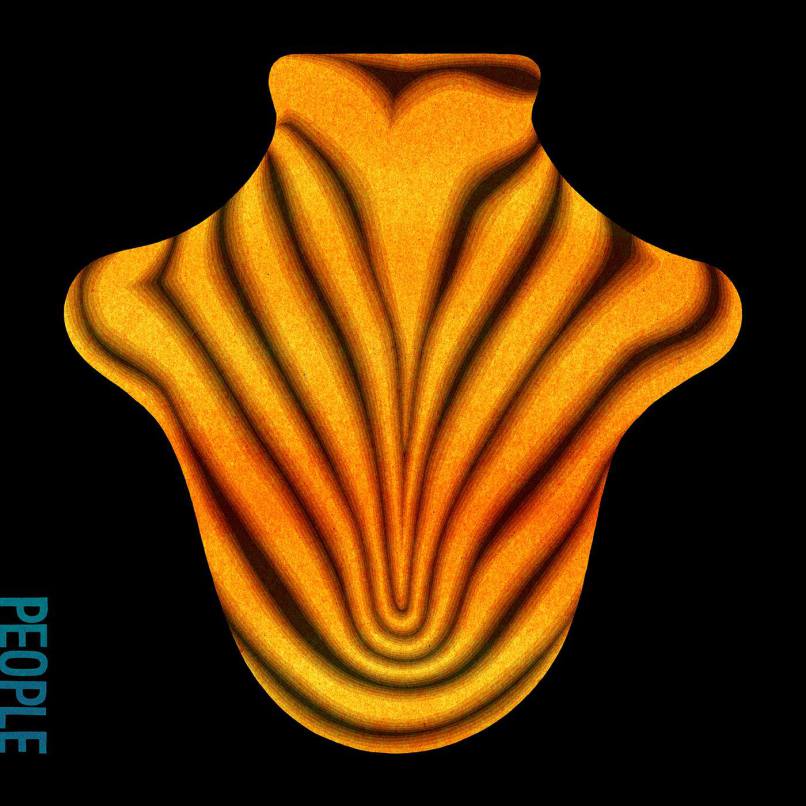 A musical collaboration borne from their PEOPLE project, Aaron Dessner and Justin Vernon are a match made in indie-rock heaven on ‘Big Red Machine’.

You have to leave it to two of the big beasts of Noughties indie rock to join arms and create not only a stellar collaborative record, but also a whole community of music-making behind it. Acoustic guitar-strumming-turned-glitchy Kanye collaborator Justin Vernon (of Bon Iver) and lush soundscape producer Aaron Dessner (guitarist of The National) fuse as one on the first proper release of Big Red Machine – a wondrous mixture of the duo’s strongest qualities without intending to be, with an underlying layer of collaboration upon collaboration. Big Red Machine is a raw, almost unfinished 46-minute art-rock / pop / indie album that doesn’t need to feel like a packaged, done deal to be enjoyed as its moving beat soundscapes and compelling lyrics sung in Vernon’s celebrated vocals hold a curious beauty of their own.

Vernon and Dessner first worked together back in 2009 for the charity project Dark Was The Night, the indie-rock collaboration of the decade housing such names as Arcade Fire, Dirty Projectors, David Byrne, Sufjan Stevens, Feist, Beirut and so on. The then-one-off track ‘Big Red Machine’ that connected Dessner with Vernon has now blossomed into a duo that generally consists of the two, yet whose music is largely influenced by more than 30 collaborators under the shared name of PEOPLE: “We are a steadily growing group of artists, freely creating and sharing our work with each other and everyone. (…) It was born of a wish to establish an independent and nurturing space in which to make work (generally around music) that is collaborative, spontaneous and expressive in nature and where all unnecessary distractions or obstacles that get in the way are removed.”

PEOPLE, “born” in Berlin during 2016’s Michelber Music event is exactly the reason why both Dessner and Vernon are shaking off the idea that Big Red Machine shows off the supposedly best sides of them as musicians – it’s simply not something they created by themselves alone.

Even if the idea of PEOPLE sounds utopian, it seems to be inspiring (as the tweets show) and successful, and it’s more than apparent on Big Red Machine. Most of the album, best example of which is the song ‘Lyla’, was “drafted” by the duo and then sent to members of PEOPLE to add their own touches. This not only expands the way Big Red Machine should be understood as an album, but explains the stylistic breadth of it all. It’s not that the album sounds like it was hodge-podged out of different clumps of genres – it’s the opposite, actually, as its jerking beats, layered string sections, random bits of trumpet and choir accompaniment not only manage to sound harmonious, but also make sense when you know that more than 30 people got their hands dirty with this music project.

Big Red Machine walks a fine genre line in most of its tracks. From the very gospel sounding ‘Hymnostic’ to the R&B-esque beat of ‘OMDB’ to the folk-like ‘I Won’t Run From It’, Big Red Machine still succeeds in sounding like a competent, cohesive LP. Aaron Dessner’s signature guitar noodlings and beat machine splutters marry the incoherent, yet as always somehow touching lyrics of Justin Vernon and result in an overall warm, welcoming sound, especially apparent on ‘Forest Green’, ‘Deep Green’ and ‘People’s Lullaby’.

Lyrics such as “Well I better not fuck this up” (‘Gratitude’) and “Not amounting to your mother or your father/ It’s the memory of future gets three/ It’s the passing into ashes that’s the ground that you eat/ And you’ll know well need a minute to repair” (‘Deep Green’) both find their respectable places on the record, while the communal choir parts like on ‘Hymnostic’ and ‘Melt’ straightforwardly show off the communal aspect of the record. ‘Melt’ is an especially compelling closer, with its oxymoronic simplistic grandeur that keeps climbing up the tension ladder as Vernon and the backing vocals (which are unknown for now) exclaim “Well, you are who you are” with the guitar proudly ringing in the background. The whole record seems to have one mood, or ‘vibe’ if you prefer, in common, yet dodges sounding boring as the genre variations keep the ear engaged.

Big Red Machine, both as a project and an album, seems to stand for a lot more than just the musical material that’s received when one presses play. Representing a direct result of Aaron Dessner and Justin Vernon’s work with the PEOPLE organisation – something both musicians have worked on for years now and addressed in interviews where they’ve expressed the need to shake off the elitism that comes with being a well-known musician, it seems to aim to erase walls between the less and more established, to facilitate collaboration and to simply play music. It might not make fans cry with the kind of deeply personally affecting lyrics that both musicians are almost notoriously known for, but Big Red Machine is a thing of beauty, and it needs to be acknowledged. (8/10) (Aiste Samuchovaite)