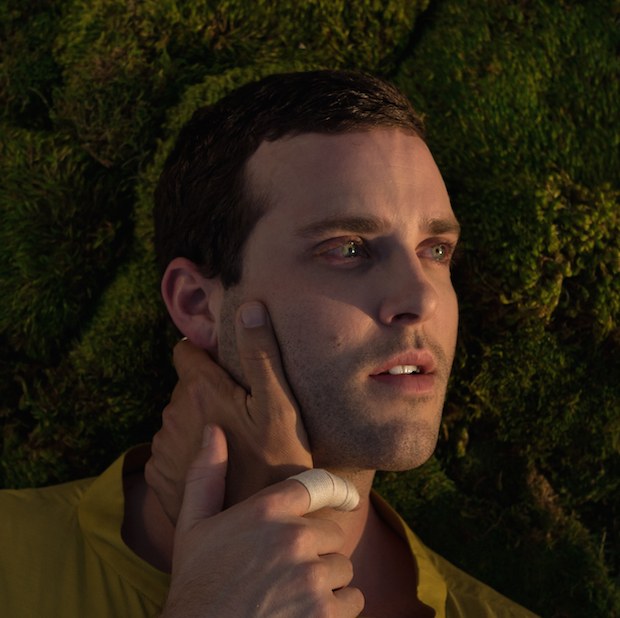 Romaplasm fills the chasm between the guy posting anime screencaps on his twitter account, and the Baths of ‘Obsidian’, to exceptionally charming results.

After the dismal confessionary tales of Obsidian, Will Wiesenfeld, better known as one of his monikers – Baths, is back with more enthusiastic fantastic beats titled Romaplasm. This time sounding, if not fully recovered from the emotional wreckage, at least finding a nice escapist space from the general bleakness of reality. Indulging in his extra-musical influences in the realm of animation and video games, and inviting us along for the ride. Arriving a little late for the retro nerd culture revival party, but never mind.

The listening experience / vehicular journey metaphor cliché will have to be forgiven, as in the case of Romaplasm, it works on more level than one. In the first three songs alone, we go from being taken on an airship adventure on ‘Yeoman’, to an interstellar journey across the cosmos on ‘Extrasolar’, to coming to the iconic “princess in a castle” moment on ‘Abscond’, refreshingly subverted, playing off of the artists sexuality. The allusions jump from classic video games (both lyrically and musically), to classic anime series like Cowboy Bebop or Neon Genesis Evangelion. To make such multi-layered references of exceptionally geeky material work artistically and elegantly requires a very special kind of skillset. Then again, the guy who composed the theme song for “Dream Daddy” (for those of you unaware – a gay dad dating simulator), can probably pull it off.

Describing the abundant nerd culture allusions might make Romaplasm seem like more of a fan letter than personal self-expression of an artist. But while awareness of the context of some of the particular lyrical choices certainly grants an extra wink-and-a-nod layer to the overall enjoyment of the album, what truly elevates it are the candid insights with which Baths fills the stanzas of each song. And you never had to have held a video game controller in your hands to grasp those.

Case and point being ‘Human Bog’, in which Wiesenfeld explores living a sort of double life as an LGBTQ person. “I’m queer in a way that works for you” – he sings to the sound of a thousand breaking gay hearts. ‘Out’ is another, perhaps not groundbreaking, but certainly as relatable as ever gem, diving into just how awful going out can be – “At the shattered ego club / Come fail at love (and celebrate your stupid fate)”.

With Baths finally bringing his musical expression and his general public personal together, Romaplasm fills the chasm between the guy posting anime screencaps and memes on his twitter account, and the guy who wrote ‘Worsening’. It might not have the same gut-punch emotional impact as Obsidian, but it is infinitely charming nonetheless. (8/10) (Ellie Wolf)

Listen to Romaplasm by Baths here via Spotify, and tell us what you think below!