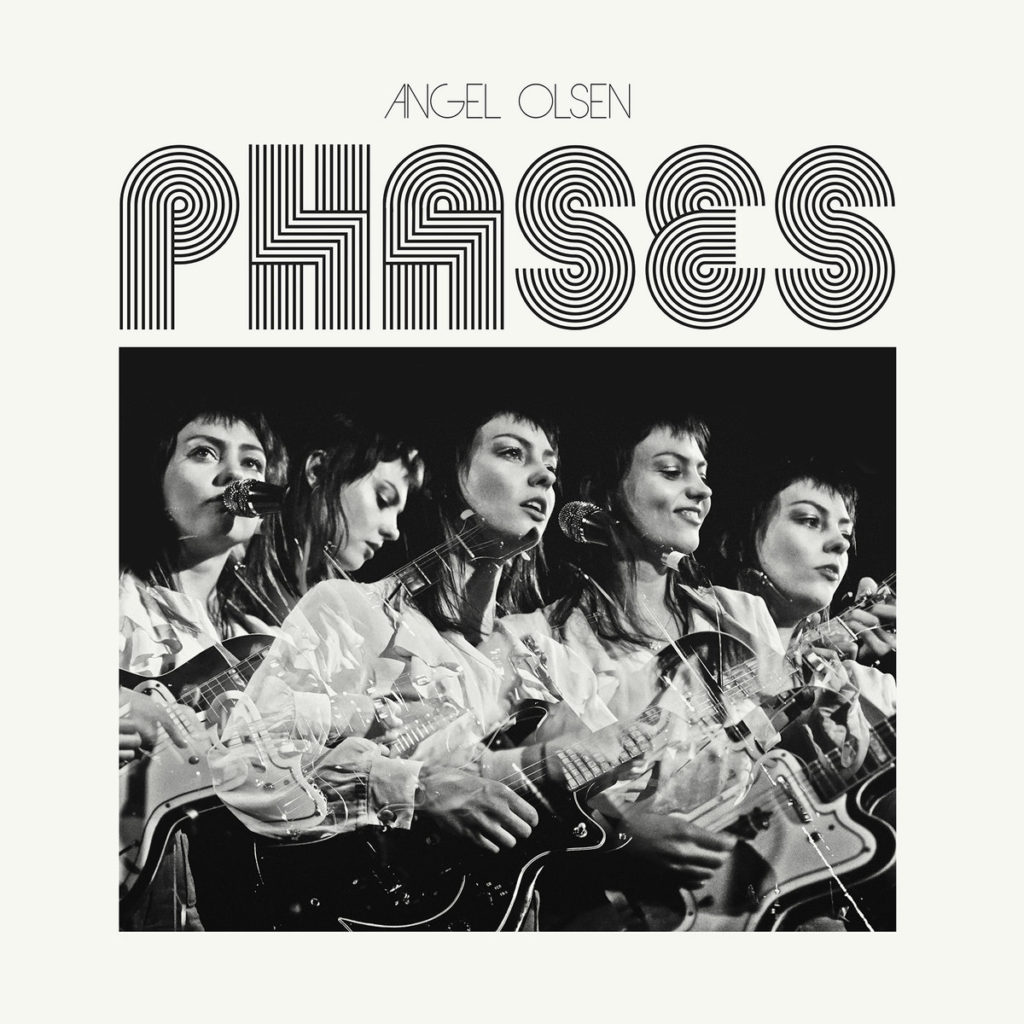 In a recent Instagram post, the Asheville, North Carolina-based singer-songwriter Angel Olsen stated that her newest release Phases is “like a diary [that] was stolen and mass produced, but that’s chill with me I got nothin to hide”. And that statement does hold truth: the collection of rarities, demos and B-sides that is Phases allows the listener to get a whiff of both the different production approaches that Olsen has taken up over the years and the numerous characters and themes she has touched upon and made her own.

Even though Phases is a collection of leftover musical bits and pieces, it still manages to stand as a substantial, cohesive release. After the feral, grungy pop popping 2016 album MY WOMAN, the start of Phases feels like falling back into a lucid dream. ‘Fly On Your Wall’ grows in tension with its mid-tempo beat and Angel Olsen’s stare-down vocals. This track was originally supposed to be on MY WOMAN, but was later used for the First 100 Days campaign that raised funds for organizations threatened by the newest Trump policies.

‘Special’ is another leftover from MY WOMAN and extends the hazy trip with its sly guitar riffs and ambient atmosphere, plunging into a ‘60s influenced, seven-minute extravaganza where Olsen pleads “Want to be special, something like your mother/ Want to be someone else, not me, but another” through the swampy soundscape.

Later tracks like ‘Sans’, ‘All Right Now’ and ‘Only With You’ run on a subdued, sensitive and hushed emotion, reminiscent of Olsen’s Strange Cacti and Half Way Home era, subtly varying in production and acting as little taste tests for her previous work. These tracks aren’t flashy in their sound, but they explore the emotional pathways of one’s heart in a way that only Angel Olsen can – through sharp, nail-on-the-head lyrics painting a shimmering impressionistic picture of love and solitude.

The album’s high-point is the cinematic ‘Sweet Dreams’, suitable to be on a western/film noir hybrid’s soundtrack. It was performed numerous times live and has been released as a 7” single in 2013, but never made its way onto a compilation release. Until now, that is. Howling over a jangly instrumental, Olsen connects all the best she has to offer – a pulsating, memorable atmosphere, remarkable vocals that pierce and echo with little to no control and confessional lyrics about the inevitable fleeting of life with every blink of an eye and exhaled breath.

While the covers on Phases are great additions to a fan discography, they’re nothing too revolutionary. Sure, Angel Olsen puts her very own spin on such classics like Bruce Springsteen’s ‘Tougher Than The Rest’, softening the sound and stripping the track to its core, but it probably won’t become the go-to version as it takes away some of that euphoric energy that made Springsteen’s original a fan favourite. ‘For You’, on the other hand, sounds very much ‘Angel Olsen’ and is complemented by the minimal production, highlighting the lyricism of the song. Phases ends with ‘Endless Road’, a song that was first performed on the TV show ‘Bonanza’ by its characters in an episode called ‘Dead and Gone’. It was previously released on Olsen’s 2014 breakthrough album Burn Your Fire For No Witness and serves as a peaceful closer, tying together the yearning, loving and restlessness that Phases exudes.

Phases will definitely find its place in the collection of somebody who admires Angel Olsen’s work. Enjoyable and a satisfactory listen, it pays an honourable homage to her nine years of work in music, offering a peek inside her creative process. It corresponds quite literally with its title, allowing Angel Olsen to sing as both the lovelorn crooner and the assertive, explosive tongue-in-cheek vixen we all admire today for her honest and soul-baring music. (7/10) (Aiste Samuchovaite)

Listen to Phases by Angel Olsen here via Spotify, and tell us what you think below!