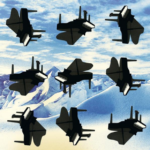 By now, Hot Chip are a staple of the British electronic music scene because of their remarkable ability to release consistently brilliant albums that are both clever and danceable in equal measure and much of what the members do in their other projects follows a similar parallel; whether it be Joe Goddard and his more EDM inspired work, or Al Doyle and his time in LCD Soundsystem – there is a certain amount of pop… Alexis Taylor is different. Starting out with 2008’s Rubbed Out and continuing through the more folk-inspired Await Barbarians in 2014, the group’s lead singer has made consistently poignant and melancholy music by himself. As you may have guessed from the title of the album, the Hot Chip starlet has continued this trend with an album made up entirely of just Taylor and a piano.

Piano is a wonderfully open record during which we see a new, more personal side to Taylor previously unseen in his Hot Chip or About Group. Opening track ‘I’m Ready’ serves as a mantra for the album as Taylor delicately states: “Don’t you know I’m ready?” before claiming that there’s “Nowhere else I’d rather be / Nothing to protect me / No one to defend me”. It’s a complete contrast for those expecting a Hot Chip, or even an About Group, record but it is still (as can be expected) great.

The theme of vulnerability is one which carries throughout Piano’s 41 minutes and that is never more true than during ‘Don’t Worry’ where Taylor states that he and his loved one need to “build a backbone” before crooning candidly about the inevitably of death (“If I am gone away don’t worry / It is only forever”). Meanwhile, there is forlorn ‘In The Light Of The Room’; the track may sound typical in terms of the album, but it feels like there is an extra layer to the sadness – the beauty of Piano is perfectly represented during its four minutes of triumphant sorrow.

The covers on the record work well also; while ‘Crying At The Chapel’ may lack an edge of warmth that Elvis was able to put forth, Taylor finds a way to make the track his own – ‘Don’t It Make My Brown Eyes Blue’ on the other hand, feels unique for a much covered track and fits Piano perfectly. The album closes on the low-fi crackles of ‘-’ and with it a new layer to the album comes to the front. The vocal delivery from Taylor is faster and more direct, while the aforementioned crackles take us back to the era of the crooner when artists like Rudy Vallée and Bing Crosby were stars.

Piano is more than just the work of an artist letting off steam from their main project; it is a wonderful stand-alone record that harks back to an older era, but, in doing so, feels unique in the modern age. Alexis Taylor’s solo work may always be in the shadow of Hot Chip’s, but Piano deserves its own light shone on it for being another excellent record from one of Britain’s cleverest musicians. (8/10)

Listen to Piano here via Spotify, and tell us what you think below!