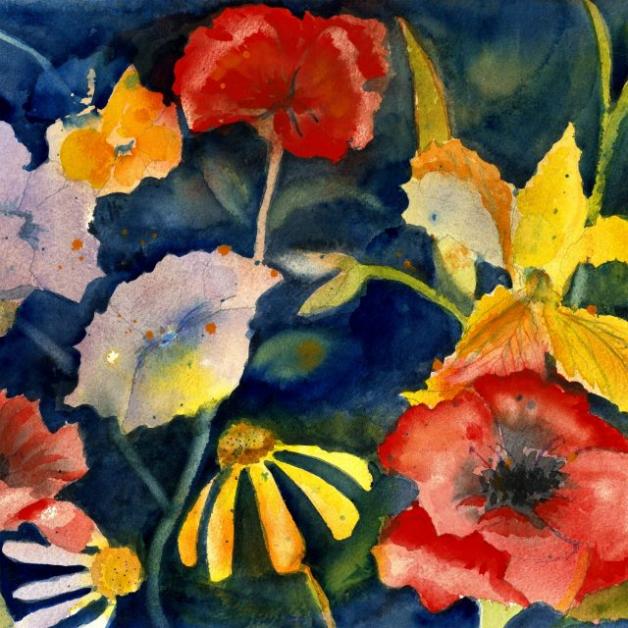 An extraordinarily powerful evocation of isolation and heartbreak built with the barest of ingredients, Adrianne Lenker’s two new albums show an artist at the peak of her talents.

As lead singer of Big Thief, Adrianne Lenker has been making some of the most poignant folk-rock committed to record in recent memory. The band’s musicianship unfurls beautifully with every song, but its Lenker’s voice that’s the most crucial ingredient. Singing with calmness but also an aching sense of desire, it’s the sound of fragility personified, and gives their music – and her solo work of course – the kind of emotional heft that lingers long in the memory.

After the COVID-19 pandemic put an abrupt halt to Big Thief’s European tour, Lenker retreated to Western Massachusetts to visit her sister, staying in a secluded cabin in the middle of the woods. Nursing the wounds dealt by a break-up as well as navigating a world in lockdown, she got to work on her latest batch of material with the help of recording engineer and friend Philip Weinrobe. The results – simply titled songs and instrumentals – trade Big Thief’s sweeping atmospherics for stark, stripped-back motifs, but they are no less engrossing. In fact, Lenker’s songwriting has never been more heart-breaking than it is on these two albums.

songs emanates such intimacy that it’s as if Lenker is inviting us into her cabin to feel her longing. She fills these songs with stunning details amidst her plaintive, delicate guitar-playing. The glistening ‘anything’ is the aural equivalent of flicking through photos of a past relationship, and the anguish that comes with revisiting those memories. She pines for the affection of her partner, using imagery both vivid and mundane to enhance the connection they shared (“Hanging your jeans with a clothes pin / Skin still wet still on my skin / Mango in your mouth juice dripping”). ‘half return’ sees Lenker return to her childhood home, but not as she knew it before; the swing set is rusty, and “the lawn is dead”.

Most powerful of all is ‘come’, a haunting story about a mother asking her daughter to accompany her as she dies. Although it deals in the macabre, there’s a strong current of acceptance flowing through the song, with Lenker making peace with death’s permanence (“Let me lie on your arms / I’m weightless in the sea”). She also explores life’s cyclical nature on ‘ingydar’. Named after her great-aunt’s horse, it portrays time as an omnipotent consumer of being (“Everything eats and is eaten / Time is fed”), but despite the philosophical themes, her lyricism remains grounded.

Although it’s nothing more than improvised guitar and ambience, instrumentals remarkablycaptures the soaring emotion as its counterpart. Across ‘music for indigo’ and ‘mostly chimes’, Lenker switches effortlessly between melodic sorcery and fragmented note-picking, letting her thoughts and feelings guide her playing. The sounds captured from her surroundings, whether it’s the birdsong or the rustling from inside the cabin, evokes loneliness yet also tranquillity, representing the duality at the heart of Lenker’s music.

Without a doubt, songs and instrumentals continues the blistering run of form that Adrianne Lenker been on since 2016’s Masterpiece. Channelling isolation into candid meditations on romance and suffering, these albums are essential snapshots of an artist in full bloom. (9/10) (Matty Watkin)

Listen to songs and instrumentals by Adrianne Lenker via Spotify, and tell us what you think below!