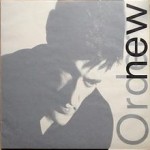 After beginning life after Joy Division with a slightly shaky start in the form of Movement (1981), an understandably downcast and introverted record, New Order began to spread their wings and capture the public’s imagination with 1983’s Power, Corruption & Lies, which is one of those peculiar records that is not only admired in spite of its flaws, but precisely because of them. Of course, its accompanying mega-single ‘Blue Monday’, still the biggest-selling 12” of all time, helped them on their way. While that album suggested a band bewildered by the possibilities they were exploring, Low-Life, which followed in 1985, completed and refined the transition from gloomy Mancunian cityscapes to New York dance clubs, a near-perfect fusion of rock and electronics that was miles ahead of its time.

They had laid the foundations for the record by hooking up with famed electro producer Arthur Baker for 1984 single ‘Confusion’, and made the chaotic sound of that single into a coherent framework for a full-length album. It’s the sound of a notoriously fractious band working in perfect sync and with a common purpose: Bernard Sumner’s economical guitar work and Peter Hook’s melodic, fluid bass interact seamlessly with Gillian Gilbert and Stephen Morris’ drums, programming and electronics on a record that’s easily the most accessible listening experience New Order ever delivered.

While Low-Life is noted for its hybridisation of genres, in a few instances they take the time to explore each genre by itself. The skipping, upbeat opener ‘Love Vigilantes’ is a guitar-based thriller with a catchy melodica hook, and remains a fan favourite, often played in live sets to this day. Telling the story of a soldier flying back home for leave, whose wife believes he is dead because of a mistaken telegram, it’s one of the few instances of Sumner portraying a fictional character with his normally cryptic lyrics. On the other side of the coin, there are purely synth-based workouts like the funereal instrumental ‘Elegia’, a beautiful musical monument to Ian Curtis that had to be cut down to five minutes from a 17½ minute original.

It’s where those sounds collide that Low-Life is at its strongest, where some shafts of light break through the nocturnal gloom of the album. The late night amphetamine rush of ‘Sunrise’ and the driving rhythm and dark lyrics of ‘Sub-culture’, two absolutely typical New Order songs from their mid-‘80s period, are great illustrations of how far they were looking into the future while still able to keep their songs grounded. The nagging tension produced on the tight rhythms on ‘This Time Of Night’ and ‘Sooner Than You Think’ are more paranoid formulations of the same musical tendencies. The eight-song collection finishes with a quirky closing track ‘Face Up’, which embellishes a minor-key rock motif with a chirpy, upbeat keyboard part that peaks during the fourth bar of each chorus.

But the absolute stand-out is ‘The Perfect Kiss’, yet another truly brilliant New Order moment in a career that was producing classic tracks on a startlingly regular basis. It’s a gripping battle between Hook’s high-end bass lines and Gilbert’s synthesised chords, with some South American tree frogs and cowbells thrown in as Sumner sings a lyrics of revenge that mentions AIDS and masturbation. On the album itself it appears in a five minute edit, but it was extended to a dramatic nine-minute workout for its 12” single release, which appears on the 2xCD reissue (this also includes the long version of ‘Elegia’).

Shoulder to shoulder in my mind with 1989’s Technique, a much more optimistic record that embraced the burgeoning ecstasy and rave culture through being recorded in Ibiza, Low-Life is New Order’s equal-best album. It was one of the two points in their career where their creativity matched their vision – on quite a few of their full-lengths, one tended to outstrip another, and the group was more at home with the 12” single format. The album not only consolidated the progress they had made in Britain, and also saw them make serious progress abroad, notably becoming the first LP of theirs to chart in the States.