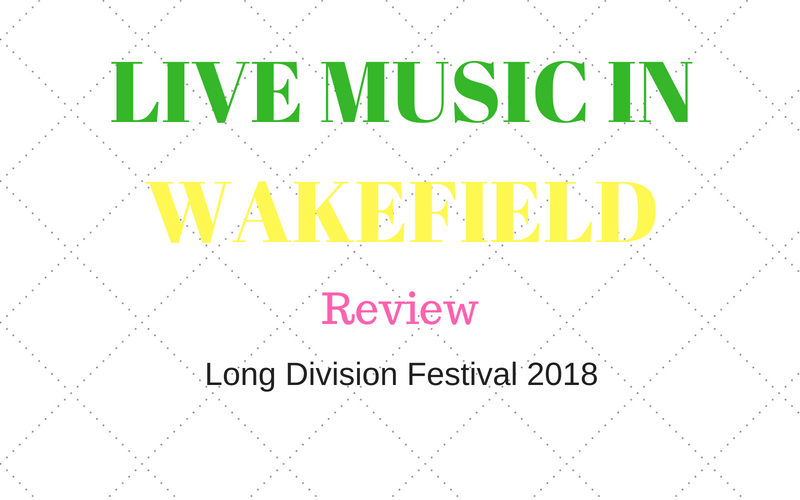 Prince Omari kicked off our day at Long Division 2018, bringing his cheeky hip-hop, slick beats and smooth flows to the outdoors BBC Introducing… stage with an infectious energy. Shortly after, Thomas Ragsdale found an apt home for his pulsing ambient music in the beautiful 1000-year-old cathedral. Accompanied by a dance troupe from CAPA College, their liquid movements represented the music visually and the whole performance was spellbinding.

The Membranes brought the cathedral to life later in the day. Their blistering noise-rock and John Robb’s howling voice were on fine form in Wakefield, and they took great delight in creating a mosh pit in a church. With the ghostly choir they brought along, and crucifixes that adorned the stage, it felt like a Mass gone very wrong. Drahla continued the post-punk theme with a great set at the Warehouse 23. They were joined by a saxophonist, whose atonal squeals cut through their dense noise and added a new element to the band’s sound.

Galaxians made the short journey from Leeds to get the evening started with their vintage disco grooves and belting diva vocals. The audience were given finger-mounted laser lights to light up the Warehouse 23, and there was not a still body in the room. In the same venue, Cud celebrated their return from a full decade of “gardening leave”, playing their madcap classics as well as some new tunes – despite admitting that the fans “only want to hear the good ones”. Towards the end of their set, moustachioed frontman Carl Puttnam invited the audience onstage, in an attempt to recreate the “riot” that apparently took place during their last gig in Wakefield.

The city’s iconic socialist club The Red Shed curated a day of all-female acts. Their final performer, Wiyaala, was a great way to close the venue. Her stunning, charged vocals flowed through some fantastic guitar playing in a mesmerising display. A distinguished folk legend of many decades, Billy Bragg was an incredible way to end the day. His understated and refreshingly down-to-earth voice filled the cathedral, and the lap steel guitarist he brought along made the evening feel serene and special. The Bard of Barking’s stage banter was typically witty, offering to baptise people in the church’s font and, owing to the eye-popping number of tea and cake shops in the city, christened Wakefield as “Cakefield”.

Long Division is surely one of the best city festivals in the north. Wakefield is a great city, that is just small enough to not feel lost in, yet abundant in excellent venues, pubs and cafes to fill in the time between acts. At a mere £30, it is incredible value and very hard to turn down. (Louis Marlow)