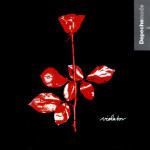 The narrative arc of Depeche Mode is one of the most intriguing evolutions in pop history. When they began their long career in 1980, they were at the lighter end of the post-punk backlash against guitars, often critically derided but achieving commercial success with simple, upbeat synth-pop hits like ‘New Life’ and ‘Just Can’t Get Enough’. But after one album they were left stranded by their original writer Vince Clarke (who went on to form Yazoo and Erasure), and few gave them a chance. Martin Gore stepped up to the plate, and led Depeche Mode through a series of small evolutions to become arguably the most successful synth-based band of all time. For critics and fans alike, 1990’s Violator represents the zenith of that journey, the point at which they became the unquestioned overlords of dark electropop.

Their previous album, 1987’s Music For The Masses, had begun to make critical inroads into America, its sound influenced by the U.S. rock scene and with Gore’s subject matter and use of symbolism in his lyrics (capitalism, religious fetishism, sado-masochism) appealing to the outsider market. Wisely recognising that they should keep a good thing going, they effectively positioned Violator as Music For The Masses part two, making the rock and gothic influences even more prominent. However, they decided to let the songs emerge naturally from extended studio jams, rather than determining the sound beforehand in pre-production meetings as had been their previous method.

The result is a compelling series of mood pieces which, though they rely upon technology, sound utterly human. Strangely, the stadium-sized lead single ‘Personal Jesus’, released late the previous year, seemed to invert that formula, boasting a powerful, radio-friendly guitar hook played so mechanically as to sound impersonal. Just try to ignore that terrible Marilyn Manson cover version, won’t you? There’s also the serenely beautiful ‘Enjoy The Silence’, which was a transatlantic Top 10 hit and won the Brit Award for Best Single the following year, and these two hits combined to make Violator a massive unit-shifter and briefly make Depeche Mode the biggest band in the world.

Two more excellent singles – ‘Policy Of Truth’ and ‘World In My Eyes’ – hit the UK Top 20 and increased the album’s shelf-life. But amid this battalion of hit singles were a number of quieter, introspective moments like ‘Waiting For The Night’ and ‘Sweetest Perfection’, which took a less commercial approach and unfurled themselves over longer running times. This makes the whole album a sort of compromise between pop and something a little more sinister. In the revelatory nature of the performances, their fans felt that singer Dave Gahan was speaking only to them, even in the huge stadiums that Depeche Mode were increasingly filling.

What is surprising about Violator, when you consider its similarities with its predecessor, is that sounds so much like an arrival: at the end point, a culmination of everything the band had been building up until now, and upon which they couldn’t possibly improve. In this way, it’s similar to Radiohead’s 1997 classic OK Computer or Muse’s 2006 spectacular Black Holes And Revelations – what do you do once you’re the biggest band in the world with the best album of your career? Either you recognise it the necessary end of an era, or you lurch into self-parody.

Much like Muse, Depeche Mode found they couldn’t really go any further in the direction that they had been travelling. 1993’s Songs Of Faith And Devotion, while solid, is much too same-y, and since then they’ve had to try to recast themselves within different sub-genres, an approach which has had varying success. The glitchy electronics of 2001’s Exciter has been the best of these. But while they may have struggled for innovation since Violator, it secured Depeche Mode’s identity as a beacon of hope for the disaffected, and secured them a place in the roll call of pop music greats.