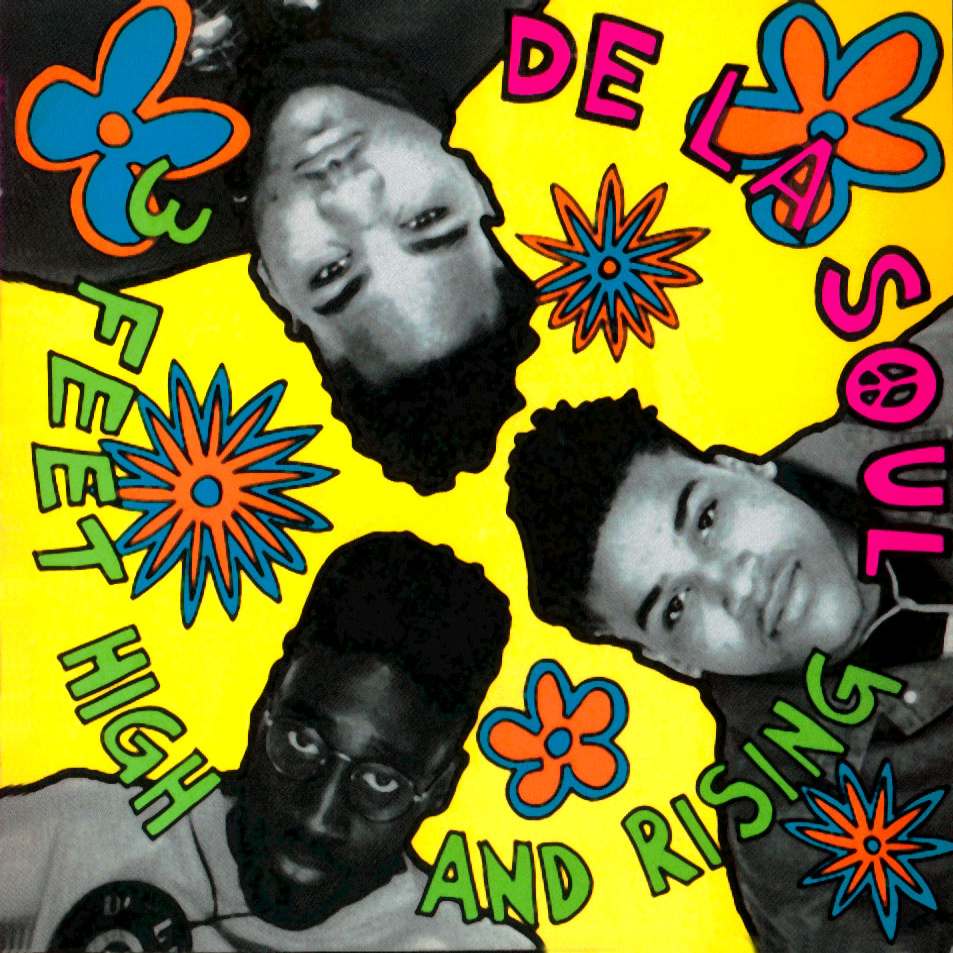 The late 1980s: the peak of what many consider hip-hop’s golden era. 1988 alone saw the release of Public Enemy’s It Takes A Nation Of Millions To Hold Us Back, N.W.A.’s Straight Outta Compton, Eric B. & Rakim’s Follow The Leader, the list goes on. Rap artists were re-discovering the pro-black agenda of the civil rights movement, Zulu Nation and other collectives were embracing Afrocentrism, gangsta rap was making its mark on the cultural plane and causing a moral panic, MCs were getting exponentially more creative with their flow, taking the art form to new heights. It seemed like every rapper was either actively and overtly involved in social activism or playing out certain hustler archetypes, every DJ was getting into the increasingly competitive art of crate digging, everything was a competition for relevance.

Considering De La Soul’s 1989 classic 3 Feet High And Rising in this context immediately establishes the release as the odd one out in its group of increasing ambition and cultural stakes. Like their contemporaries from the Native Tongues Posse such as A Tribe Called Quest, De La Soul incorporated ambitious sample collages, vaguely Afro-centric aesthetics, and sonic concepts that function as leitmotifs, coming in and back out through the run time of the record. However, all of this was done with a particular style of their now-trademark dry humour, sense of fun, and nonchalance. Impeccable and impressive, yet seemingly having no self-awareness of it. No ego. Definitely no machismo. Only subversions and play for play’s sake.

What three Long Island high-school friends, stage names Posdnuos, Trugoy and Maseo, set out to do was have fun and make some good tunes off the back of their parents’ record collections. But when one of their initial demos, namely ‘Plug Tunin’, caught the attention of the now-legendary producer Prince Paul, then a DJ for the hip-hop group Stetsasonic, he came on as De La’s producer and unofficial fourth member of the group, taking the group’s sonic bric-a-brac constructions to new levels of professionalism and clout.

As described by the artists themselves, the recording sessions sound much more like friends having fun in one of their bedrooms, not necessarily a fully serious production project with a concrete set goal in mind. Sample ideas were exchanged back and forth on a whim, freestyle sessions ensued, inside jokes aplenty were shared. As a result, you have a record imbued with the ethos of improvisation and a careless sense of fun. A release which helped to introduce the idea of “skits” into rap album (a staple ever since), songs that incorporate made-up slang, tracks being tied together by the vague idea of the rappers transmitting from Mars and referring to each other as Plug One, Two and Three, allegedly a reference to the number of each member’s microphone input on the soundboard.

All of this could have easily come across more like messing around than any genuine musical statement, yet De La Soul just manages by way of warm, lo-fi production to conjure one of the best examples of the kind of heights that old-school hip-hop sampling reached, and the self-assuredness in their amusement takes you along for the ride. They get you completely into what is probably the most pacifistic competence boast in hip-hop on ‘Change In Speak’. They make you laugh with them on prolonged dandruff jokes on ‘Can U Keep A Secret’. Together, in the context of 1989, 3 Feet High And Rising reads like an alternative mode of existence in juxtaposition to other rap artists. The kind of quirky, awkward, funny kids standing by the wall at a school dance and laughing amongst themselves while others compete for social prominence.

Designer Toby Mott immediately sensed the vibe of the record and delivered one of the most distinctive rap album covers: “The intent of the design of De La Soul’s, 3 Feet High And Rising LP cover is to be new and bright, with the overlaying of the fluorescent flowers and text reflecting a synthetic pop cartoon look […] This is a move away from the prevailing macho hip hop visual codes which dominate to this day.”

After the release an unexpected success of 3 Feet High And Rising, many pegged De La Soul as a “hippie” group. You can see where the pigeonholing would come from, with the group’s messages of non-violence and anti-machismo and songs titled ‘D.A.I.S.Y. Age’ (da inner sound, y’all). But of course, like every artist thriving on individuality, De La Soul didn’t necessarily themselves approve the label. And what better answer than the song ‘Me Myself And I’. Not only was it the group’s biggest hit, but it was also their most potent proclamation of identity. A resistance to stereotyping and a call to just let them be who they are. “Please oh please let Plug Two be / Himself, not what you read or write”.

Years later, in retrospect, De La Soul are considered one of the original “alternative hip-hop” groups, helping, along with their Native Tongues peers, to usher in ‘jazz rap’. 3 Feet High And Rising was selected by the Library of Congress as a 2010 addition to the National Recording Registry, which selects recordings annually that are culturally, historically, or aesthetically significant. De La Soul have gone on to release other critically acclaimed albums, work with Damon Albarn and Gorillaz. But the true significance of the album, lies in its unapologetic displays of characteristics that are different from the norm. And despite all the sample lawsuits that were soon to de-rail the group’s career despite a clutch of extremely decent subsequent records, 3 Feet High And Rising will always stand as one of the most original albums in hip hop’s canon.