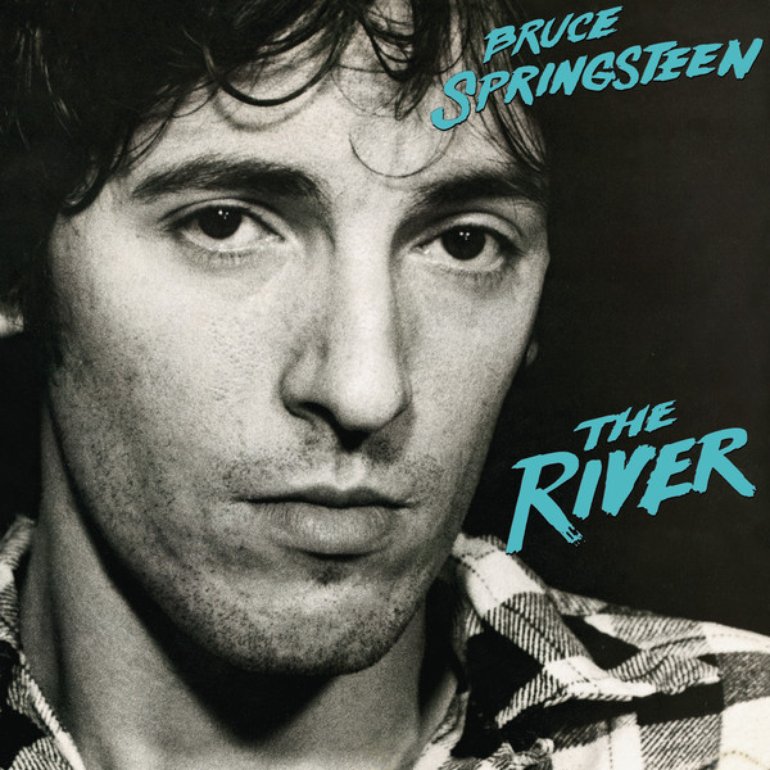 Fairly or unfairly, double albums enjoy rather a checkered reputation, serving as a mental shorthand for mess, contradiction and general excessive indulgence. The River, released in 1980 as Bruce Springsteen’s fifth studio record, is one of the comparatively few double albums that takes a more straightforward approach to the opportunities offered by an expanded canvas, and benefits from it. Instead of contorting it into some kind of overarching, grand concept, Springsteen simply treats it as just a really big album, a huge clearing-house for ideas that the artist had on hand at that moment in time. Quite aside from the 20 tracks that made up the original double-LP running order, 2015’s box-set The Ties That Band, featuring 22 outtakes and a host more that didn’t even make that re-issue, showed us just how torrential Springsteen’s creativity was at the end of the Seventies. The River wasn’t a ‘messy double album’ at all – it was about as economical as he was prepared to have his fans consume it.

The River is perhaps the first indication of the version of Bruce Springsteen that he fully embraced in his more reflective and mature Nineties, exploring Americana and the country’s great canon of folk songwriters instead of the ‘default Springsteen’ of good-time, bar-room rock we most commonly perceive and associate him with. Also, as great as the twin masterworks Born To Run and Darkness On The Edge Of Town undoubtedly were, this double album was the first true testament to his meticulous songcraft, of Springsteen’s dedication to having songs sounding good as they possibly can on record, not just in the live arena.

The River’s lengthy gestation came about in large part because a planned single album, putatively titled The Ties That Bind, was kiboshed by Springsteen at the eleventh hour at the end of 1979 after having been mixed and mastered. While that 12-track record eventually saw the light of day in 2015 as part of The Ties That Bind box-set, in that form Springsteen and his manager, Jon Landau, felt that it “lacked the kind of unity and conceptual intensity I liked my music to have”. The decision was made to make the forthcoming record a double-LP, and sessions were extended by another seven months into the summer of 1980. At least a quarter of its 20 tracks dated back to sessions for Darkness On The Edge Of Town. Springsteen himself has spoken of The River as a “gateway”, a crucial pivot in his career in terms of the themes and preoccupations that would inspire his writing from that point onwards. At the same time, he also had a desire to bring back some of the good-time, bar band rock of his earliest records, whose absence was conspicuous with Darkness…’s consciously mature outlook.

The result was that The River emerged as something of a schizophrenic listening experience, a patchwork of ideas and inspirations. Throughout, there’s a recurring theme of bruised idealism, of the righteous fires of youth and innocence being dampened or extinguished in the storms of experience. It’s also full of specific imagery of American working class lives that, added up, paints a harrowing and empathetic portrait of the gradual decay of blue-collar industries. Rolling Stone’s review praised The River for its “weighty conclusions [and] words to live by” regarding “the second acts of American lives”, possessing the same power of bittersweet insight into everyday lives that the best country music singers, going back to Hank Williams and Pete Seeger, had always possessed.

The haunting title track ‘The River’, a very personal song written for his brother-in-law whose livelihood in the construction industry had dried up in the recession at the end of the Seventies, was very much a precursor to the kind of material that made up the entirety of Springsteen’s next album, the bleak acoustic sparseness of Nebraska. It also serves as the thematic core of The River, a cautionary tale of lives lived too fast and too young, its protagonist getting “a union card and a wedding coat” for his 19th birthday having gotten his girlfriend pregnant. Alongside tracks like the paean to community and trust of opener ‘The Ties That Bind’ and the torch ballad ‘Independence Day’ concerning the evolving relationships between fathers and sons, and then side four’s highlights like ‘The Price You Pay’, about what it means to own the consequences of decisions you make in your life, it constitutes a spine of serious Big Songs that focus The River’s gush of creativity in one direction.

And yet, for all its gritty realism and furrowed-of-brow disposition, The River is a fundamentally split beast, containing a great deal of uplifting rock’n’roll spirit and frivolity rubbing up against that serious material. The unabashed romanticism and breakneck delivery of ‘Two Hearts’ is an unforgettable highlight, while the back-to-back ‘Cadillac Ranch’ and ‘I’m A Rocker’ – the latter seemingly acting as a kind of theme tune for Springsteen’s entire aesthetic – helpfully boost the record’s momentum halfway through side three after consecutive slow-burners like ‘The River’ and the jazzy, sparkling ‘Point Blank’. Even the light-hearted ‘Sherry Darling’, an endearing song about annoying in-laws, fits in with the album’s themes of community ties. It’s hard to see where the critics of The River were coming from who claimed there was too much lightweight, throwaway filler on it, citing tracks like these as evidence.

The very best moments often feature one of the sentiments cutting up against the other within the same song – the sense of yearning underscoring the otherwise exuberant ‘Hungry Heart’; and the cinematic ‘Out In The Street’ that inverts that formula. The likes of ‘Jackson Cage’ and ‘Point Blank’ seem to teeter delicately between sorrow and celebration. Even as the undercurrents of despair threaten to pull the album’s spirit away, there are moments of uplift to effectively fight against that pull. This was made possible not just by Springsteen’s songwriting, but by one of the E Street Band’s best collective displays of talent and raw power. That exchange, reflecting our day-to-day lives as we find joy amidst the humdrum, characterises the spirit of The River. Pain and pleasure are never far apart.

As well as being an artistic watershed moment for Springsteen, a bridge between two distinct eras of his work, The River also represented a commercial red letter day for him. Although ‘Born To Run’ was a famous song already, largely through radio airplay in subsequent years, ‘Hungry Heart’ became his first bona fide hit single, and the parent album itself became The Boss’s first number one album in his own country, spending four weeks at the top of the US Billboard 200 at the end of 1980. Partly as a result of that, the concurrent tour was Springsteen’s first to take place predominantly in arenas, spaces which were, notwithstanding the down-at-heel, bar-room rock appeal of his previous work, big enough to allow people to hear The Boss’s sentiments at an appropriate scale. The detour of Nebraska aside, Springsteen’s ascent to global fame only got steeper from this point, with Born In The U.S.A. arriving less than four years later.

Listen to The River by Bruce Springsteen here via Spotify, and tell us what you think below!