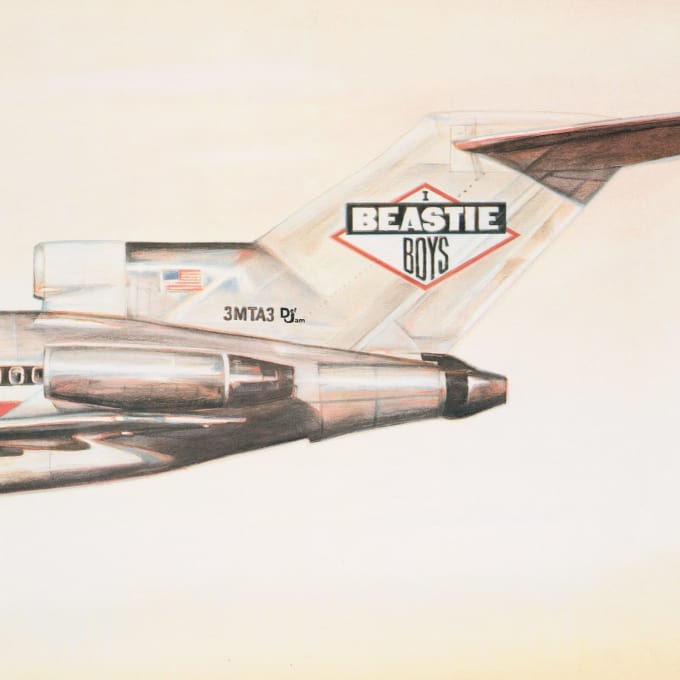 The runaway success of Beastie Boys’ 1986 debut album Licensed To Ill marked the point at which rap and hip-hop truly went overground, becoming a mainstream phenomenon for the very first time. Along with Run D.M.C.’s similarly classic Raising Hell just a few months previously, it represented a watershed moment for the genre, finding a home on MTV when previously it was confined to the underground and those in the know.

Mega-hits like ‘(You Gotta) Fight For Your Right (To Party!)’ and ‘No Sleep Till Brooklyn’ are still incredibly well-known three decades later, but they represent Beastie Boys at a much more embryonic point in their career. They had ditched the hardcore punk thrashings of their origins, influenced by Minor Threat, Black Flag and Bad Brains, and had opted for brattish, sneering but fundamentally good-time rap, dedicated to girls, partying and all manner of familiar hip-hop tropes and B-boy slang.

Indeed, ‘Fight For Your Right’ isn’t really a rap record at all, and ‘No Sleep Till Brooklyn’ is an intoxicating hybrid of rap braggadocio and heavy metal riffing – the latter actually performed by Slayer’s Kerry King. With some of the more cringe-worthy subject matter – particularly the twin piss-abouts ‘Girls’, set to a rather silly and irritating xylophone melody, and ‘Brass Monkey’, an homage to the alcoholic beverage of the same name beloved by the trio – it’s often hard to tell whether Licensed To Ill is for real, thirty years later.

At first, they were criticised by the hip-hop community for pirating a fundamentally black art form for their own commercial ends – what would now be described as cultural appropriation. Certainly, a band like the Beastie Boys could never happen in 2016. From the other side, they were also vilified by the mainstream press for what was regarded as puerile, lightweight and socially irresponsible rap – fuelled by the huge increase in the theft of VW hood ornaments across America, similar to the ones that rapper Mike D wore round his neck on a chain.

But, just like Eminem more than a decade later, the Beastie Boys’ slightly cartoonish approach to hip-hop appealed hugely to bored, suburban, mainly white teenagers in middle America longing for a bit of excitement outside of their bedrooms. It was the first ever rap album to hit Number One in the American Billboard charts, notching up 750,000 sales in its first six weeks and garnering a huge cult following, an audience that previously hadn’t accessed hip-hop before. With Rick Rubin’s distinctive hard-edged production, it’s actually a ‘punk rock rap’ record, which cleverly presaged the Generation X apathy that was just a few years ahead, which made its themes of general adolescent goofing-off enduring for years to come.

However, Beastie Boys’ straightforward but bold approach to sampling – signalled right from the off with the outrageously heavy drum loop lifted pretty much wholesale from Led Zeppelin’s ‘When The Levee Breaks’ for the beat for ‘Rhymin’ & Stealin’’ – makes Licensed To Ill subtly ahead of its time. The production thuds and booms in a rather rudimentary fashion, relying on some low-end drum-pad sounds for its percussion that sounded dated even five years later, but it gives the whole package the feeling of a cultural artefact. Though their technique is a bit primitive in comparison to later records like Ill Communication and Paul’s Boutique, it’s very distinctive. Closing track ‘Time To Get Ill’ threads an impressive 13 samples together, a sign of the more complex and dense direction the band would soon take.

The other element that explains the record’s lasting appeal is simply the songs’ sheer joie de vivre. Mike D, Ad-Rock and MCA sound like they’re having the time of their lives as they toss the mic back and forth with gleeful abandon. Even the most cynical of listeners can’t help but raise a smile to junk-culture references like “delivering Colonel Sanders down to Davy Jones’ locker”. These were often painfully obvious rhymes, but their self-conscious execution made it work. The Beastie Boys probably knew it was simple – they just didn’t give a fuck. As a result, Licensed To Ill was a broad church, open to music fans from a rock background as well as pop and rap.

The 1989 release of Paul’s Boutique both silenced those aforementioned critics and satisfied purists, and is regularly regarded as one of the finest hip-hop albums of all time, taking a much more artful approach in its sampling and abandoning adolescence for (slightly) more mature themes. Behind their dumb-ass exterior, the Beasties were cogent enough to realise that their formula would quickly become stale with repetition, a decision that would keep them ahead of the curve. But that particular masterpiece is impossible to understand without Licensed To Ill, which as well as being a cultural phenomenon was also a point on a graph, the real starting point of a great career.

Listen to Licensed To Ill here via Spotify, and tell us what you think below!