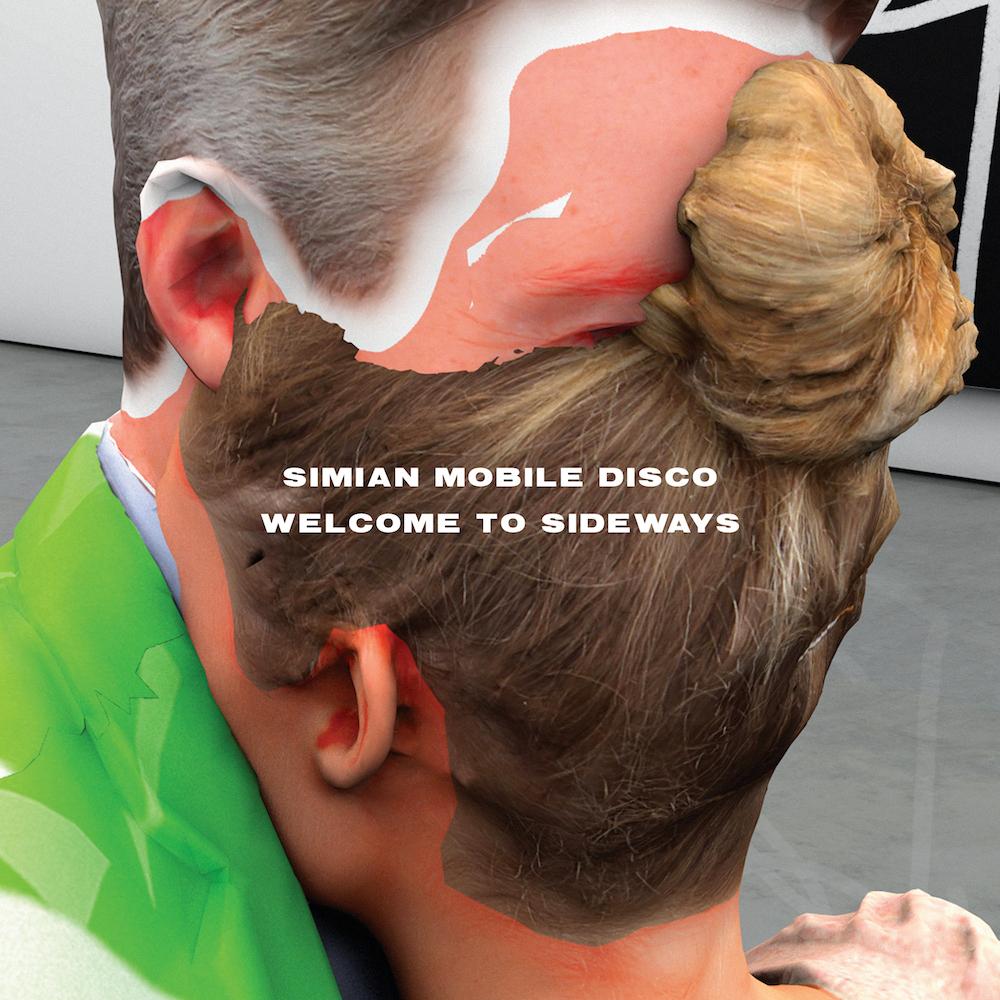 With Welcome To Sideways Simian Mobile Disco bring us further on their musical weirdness mystery tour by delving us into a steamy Halloween techno church rave. The album has an instantly different feel to their last album Whorl, an impressive piece of work created in just three days using solely analogue equipment in a Californian Desert (I know right?).

Welcome to Sideways brings us away from these deep space riffed sounds to overall create a more danceable and up-tempo album. The LP does keep the distinctly serious and mysterious darkness found on Whorl; though here a satisfyingly thumping bass follows through the album, giving it energy and an ominous feel.

The twisted album cover sets the mood well for some of the dark ambience which comes through on the album, particularly during the intro ‘Happening Distractions’, a song haunted by chilling sounds worthy of Lucifer’s club entry. Simian Mobile Disco has now moved far away from their noughties pop house party sound and I doubt they will ever return. This album is definitely dance-floor orientated and has its big moments in ‘Staring at All This Handle’ and ‘Face to Face with Spoon’.

You could argue that Simian Mobile Disco went for a more straightforward approach with the record, but although this isn’t as experimental as previous release Whorl, the danceability of the record more than makes up for this -and is perhaps an improvement. Simian Mobile Disco has acquired space to move in whatever direction they feel like, and this album shows off this fact. Overall Welcome To Sideways is to be respected. (7/10) (Christian Steel)

But what did you all think of the record? Listen here and let us know!