CLASSIC ’00s: Arctic Monkeys – ‘Whatever People Say I Am, That’s What I’m Not’ 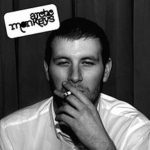 Front cover of ‘Whatever People Say I Am, That’s What I’m Not’

The vast majority of albums need a sort of cooling-off period before being considered as a classic, but for Arctic Monkeys’ debut that status was conferred instantly, and with good justification. Not since Definitely Maybe had so many breathless superlatives been uttered about a British guitar debut album, and neither had such massive sales figures been delivered on the back of such hype. This was a band that managed to sell out London’s Astoria before they even released a single, an achievement unheard of before or since.

When it eventually hit the streets, after months of internet-fuelled discussion and industry acclaim, Whatever People Say I Am, That’s What I’m Not became the fastest-selling British guitar debut ever (118,000 sales in its first week), but also fulfilled all the hopes that indie fans had projected onto it. The definition of an instant classic, Alex Turner and his band had the critics slavering, and were propelled from internet phenomenon to the biggest band in Britain virtually overnight.

None of this accounts for its lasting power, however. Those who had speculated that the Arctic Monkeys would be a flash in the pan, an example of industry hype over lasting cultural substance, were silenced quickly. Not only had Whatever… delivered upon the promise, it was also clearly going to be remembered for a long time. Sweeping the end of year lists in most rock publications, picking up the 2006 Mercury Music Prize and landing them Best Group and Best Album at the following year’s BRIT Awards, it transformed its creators into a bona fide pop culture sensation in addition to being the critics’ darlings. As happens all too rarely, for a short time the biggest band in Britain was the best band in Britain.

To explain its success, attention needs to be paid to their demo collection Beneath The Boardwalk, an assortment of demos which had emerged in 2004 and set the internet alight in the first place, burned onto CD for distribution at the group’s earliest gigs in Sheffield. Bristling with creative energy and showcasing Turner’s razor-sharp way with words that belied his tender years. Like many of the most distinctive British songwriters, from Morrissey and Mark E Smith to Damon Albarn and Jarvis Cocker, he wrote about his surroundings and what he knew.

The secret to Whatever…’s lasting power was in harnessing that raw, transient energy and translating it onto record, to make a statement for the ages. Where those demos now sound rather dated, Whatever… sounds focussed and timeless ten years later, in the same way that This Nation’s Saving Grace and Different Class still do, documenting their time yet retaining their relevance to the present day. Jim Abbiss’ production holds the key to this, tightening and sharpening Turner’s and Jamie Cook’s barbed, punchy guitar hooks to the point you imagine your finger would bleed if you touched the speakers, while Matt Helders’ drums clatter gloriously throughout. Arguably, it is Helders who is the most accomplished musician in the group, his discipline, strength and timing underpinning the chemistry and holding it at the point of combustibility.

Turner’s writing, of course, is the element that lifted Whatever… from being merely great to classic. His ability to tell stories, from imagining tragic tales of prostitution and exploitation to something as simple as encounters with bouncers, or trying to get taxis with takeaways at the same time, was already streets ahead of any of his competitors even at the age of 19. His style is quintessentially English, but instead of mythologizing his surroundings like Pete Doherty, he casts a descriptive, non-judgmental eye like Jarvis Cocker, his true feelings implied in his delivery rather than the words themselves.

His first words on the record are “anticipation has a habit to set you up / for disappointment”, a self-referential warning about industry hype that immediately puts the listener at ease – he’ll play along, but he’s nobody’s fool. Though the group’s reference points were every great British guitar band from The Beatles to The Libertines via The Clash and The Smiths, they actually spent their youth listening to hip-hop, and Turner’s quick-fire delivery was where this influence was most evident. He was also an everyman, a worldly cynic wise beyond his years, not speaking to a segment of the population but the population as a whole, and therein lay the massive appeal.

Incredible, given his initial reluctance to take on vocal duties. “I only started singing because nobody else would do it, really,” he told the Daily Record in 2005. But his bold rhyming schemes pairing “Montagues and Capulets” with “banging tunes and DJ sets” on ‘I Bet You Look Good On The Dancefloor’ (itself one of those great revolutionary moments in British pop like ‘Anarchy In The U.K.’ or ‘My Generation’ when it went straight to Number 1 with virtually no airplay or mainstream promotion) showed a rare and precocious talent. Follow-up single ‘When The Sun Goes Down’, boasting one of the most thrilling guitar breakdowns in recent memory, still evoking a Pavlovian moshpit response, equalled it in terms of chart position as well as dazzling ability, before the spiky ‘The View From The Afternoon’ was released via a non-chart-eligible EP with the beautifully self-abasing title Who The F*** Are Arctic Monkeys? in the summer of 2006. UK #4 single ‘Leave Before The Lights Come On’, slightly weaker and not included on the album at all, deserves an honourable mention and is cut from the same musical cloth.

Featuring virtually no filler at all (although ‘Perhaps Vampires Is A Bit Strong But…’ feels slightly loose and blustery), Abbiss and Turner were careful to display a variety of moods. See the mid-album highlight ‘Riot Van’, featuring just Turner and his lightly strummed electric guitar, as an example of an expertly judged change of pace and a showcase for his narrative voice. Enduring fan favourites like ‘Mardy Bum’ also leavened the mixture, rubbing out the sharp edges in favour of hug-your-mates-and-sing-along melody. Closing track ‘A Certain Romance’, Turner’s ambiguous, resigned dissection of youth culture in small-town England, which is timeless despite some now dated references to “there’s only music so there’s new ringtones”, was arguably the album’s highlight even amidst such a dazzling display of raw talent.

Its impact was such that a new regionalism briefly threw the British music industry into turmoil, just as had happened in the aftermath of punk and Britpop. Whatever… had happened entirely outside of the structure of the industry, and was radical not in its sound but because of what it represented. Turner’s affable, self-effacing style (check out that adorably shy greeting he gives the audience at the start of the video to ‘…Dancefloor’) opened up the potential for a new breed of rock star, delivering on the unfulfilled promise of Pete Doherty and The Libertines’ early ‘guerrilla gigs’ as a new way to perform and package music.

Sadly, a number of those bands that followed the Arctic Monkeys through the door weren’t very good. If you can temporarily unblock the memory of Milburn or Reverend & The Makers (*shudder*), many pale imitators came and thought singing in your own accent was somehow an adequate substitute for songwriting. But while the traditional industry model has to a great extent re-asserted itself in 2016, Whatever…’s true legacy has been the renewed and lasting interest in indie music as a subculture, reminding its practitioners that it’s the independent labels and venues that are the lifeblood of the scene and that such revolutionary power can rarely come from a major label.

As for Arctic Monkeys themselves, Turner’s writing has gone from strength to strength. While 2009’s third album Humbug perplexed and alienated some of their fair-weather fans, it displayed an admirable willingness to challenge their audience’s expectations and signalled a gradual transformation that was completed with 2013’s exceptional AM, arguably even better than this debut whose impact we’re discussing a decade later.

AM made them rock titans, one of the indisputable greats of all time, but Whatever People Say I Am, That’s What I’m Not was a different kind of great Arctic Monkeys album, and certainly the one with the fondest memories attached to it. It remains a perfect example of how to translate potential into results. Guitar music has always found a way to maintain its relevance, but it would be hard to argue that any subsequent British guitar album (debut or otherwise) has had the same impact in the ten years since.

Influenced by: The Jam, John Cooper Clarke, The Fall, The Smiths, Blur, Pulp, The Libertines

Listen to Whatever People Say I Am, That’s What I’m Not here, and tell us what you think below!