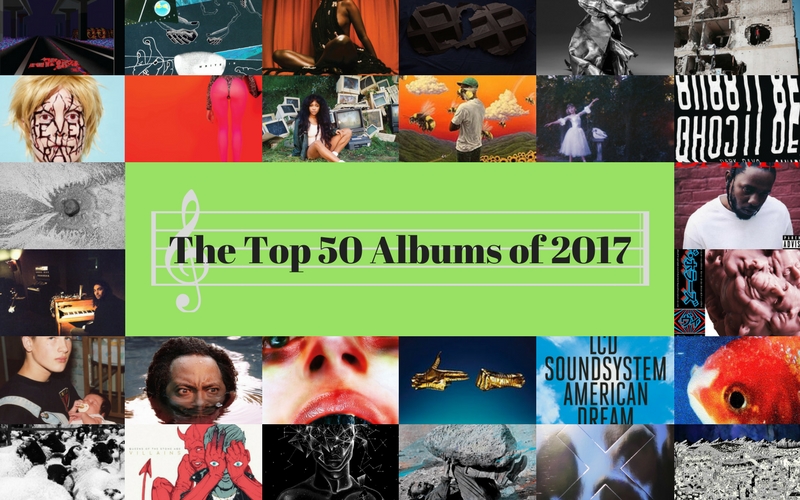 Over the last six months or so, many of us at The Student Playlist have remarked to each other that 2017 hasn’t really seemed like a vintage year for music. Where have been the innovators and the game-changers? Indeed, we have given out fewer 9/10 scores than any other year we’ve been in operation, even though our coverage of new album releases has reached an all-time high.

But, in compiling our annual Albums of the Year feature, the opportunity to look back on the last 12 months in detail has revealed a huge amount of high quality from the worlds of indie, rock, hip-hop and electronica – if maybe not as many of the ground-breaking masterpieces that have characterised the top of previous lists.

As a result, there are some notable omissions and big names in transatlantic indie have missed out on our Top 50. Future Islands, responsible for one of the decade’s greatest tracks so far; the compellingly confrontational gobshitery of Sleaford Mods; Damon Albarn’s restlessly inventive Gorillaz project; sister-based classic-indie-pop trio HAIM; melancholy pop queen Lana Del Rey; critically lauded archive-botherers Public Service Broadcasting… sorry guys, no room at the inn. We didn’t even have room for the delectable collaboration album between Courtney Barnett and Kurt Vile, or the editor’s personal faves The Cribs, for heaven’s sake!

However, this is simply a reflection of the amount of quality that’s been out there in 2017. The Student Playlist does not stand on ceremony and does not cringe to big-name reputations. All 16 of us had a voice in sorting out the order of the list, and all of us helped to put this feature together – what you are about to read is truly our collective voice.

Without further ado, check out The Student Playlist’s Top 50 Albums of 2017 after the jump!