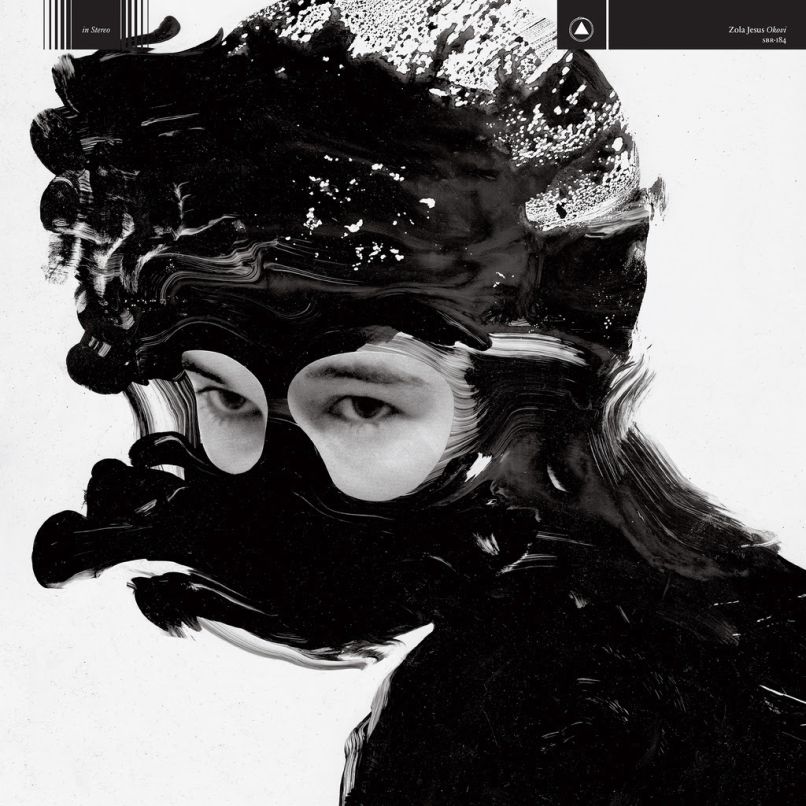 Zola Jesus’ fifth album ‘Okovi’ is the sound of a confident, distinctive artist constantly evolving and adjusting her own sound.

The title of Nika Roza Danilova’s fifth album as Zola Jesus, Okovi, translates into every variant of the Slavic languages as ‘shackles’. Appropriately, it lyrically takes on themes of being entrapped by the emotions brought on by trauma, loss, and mental illness. Instrumentally, we see Danilova combine the orchestral features of her work that we saw in 2013’s Versions. with the electronic and industrial components, of Triduum, which shapes her intrinsic sound as an artist.

The artist’s personal view is most prominent on the two tracks ‘Siphon’ and ‘Witness’. The track ‘Witness’ sees Danilova’s classically trained vocals on a simple, string-heavy instrumental. On one hand, the listener is encouraged to share their feelings as catharsis, which is implied by the singer’s offer to “To be a witness to those deep, deep wounds”. A deeper, more personal meaning is implied in the verses, which describes “One small thread keeps you hostage”. ‘Siphon’ cements this personal narrative, Zola Jesus states that the song was written “Written for someone very close to me who had attempted suicide for the second time”. Words of encouragement are sung on shadowy synths, and what is offered is a profound acceptance of her friend’s emotional pain in the line “We’d rather clean the blood of a living man.”

Okovi embodies all aspects of the word ‘morbid’. The lead single ‘Soak’ is written from the perspective of a serial killer’s victim, who reflects on their life and accepts their death. ‘Veka’ is a harrowing portrait into humankind’s legacy, the title being the Russian word for ‘centuries’, and the song itself asks the question “Who will find you / When all you are, all you are is dust?”. The track ‘Wiseblood’ presents the other side of the coin, questioning the present, asking the listener “If it doesn’t make you wiser / Doesn’t make you stronger / Doesn’t make you live a little bit / What are you doing?” Danilova’s lyrics continually unsettle the listener, questioning the mundanity of life that we have accepted.

Instrumentally the album is a flustering mix of gentle melodies and harsh electronic rhythms. ‘Exhumed’ combines power ballad-esque vocals with throbbing bass and clicking snares. The album opens with ‘Doma’ an ambient, choir-like instrumental which contains vocals only. The closing track ‘Half Life’ contains no discernible lyrics, an instrumental filled with strings, synth, bass, and impressionistic disconcerting howls, as if to indicate Zola’s statement is complete.

Danilova has now grown far from the artist that once toured in support of Fever Ray and The xx. After a decade of the moniker Zola Jesus, she has developed a sound that she is confident navigating and adapting around, as shown by Okovi itself. (7/10) (Benita Barden)

Listen to Okovi by Zola Jesus here via Spotify, and tell us what you think below!