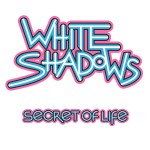 Front cover of ‘Secret Of Life’

White Shadows is a collaboration project between The Vines’ Craig Nicholls and Empire Of The Sun’s Nick and Sam Littlemore. Those with long musical memories will recall The Vines’ soul-destroying mediocrity in the pursuit of three-chord glory, writing songs pitched at sheltered suburban teens whose sentiments were as shallow as an O.C. plotline. But Nicholls has pitched Secret Of Life as an entirely studio-based project, with no tours, interviews or TV spots, calling it an “electronic Fantasia”. Aside from the Littlemores, he’s joined by a number of guests – Empire Of The Sun’s producer Nick Launay, Jagwar Ma’s Jono Ma and Warpaint’s Stella Mozgawa among them. It all sounds very interesting on paper, but sadly the quality is extremely thin on the ground, for the most part sounding exactly as you’d expect it to sound. Craig Nicholls sings the same songs he’s always sung, over synth music instead of guitars. And it’s really, really boring.

We kick off with ‘Everyday’, a song built from gated drums, splashy hi-hats and MIDI triggers that sounds like Empire Of The Sun or Jagwar Ma in sleepwalk mode. This song, like most of the others, is sunk by Nicholls’ lyrics about the tragedy of unrecoverable youth – sample: “I remember being young and happy in the sun / now that I’m getting old I see the good times gone”. Worse, his vocal delivery is utterly, uniformly one dimensional that makes everything seem vapid and directionless. Every single second spent listening to his pound-shop-Lennon voice feels so, so much longer. There are some flickers of ambition in places, like the hazy dreamspace of ‘Hate’ which is only let down by Nicholls’ dreary vocal. The lysergically-tinged ‘Sun’ is feels satisfyingly old-school and doesn’t forget its pop sensibilities, and ‘Winter Dreamin’ achieves a neat balance between its calm, languid atmosphere and the unsettling synths and strings that pierce the mix.

A catastrophic collapse in proceedings occurs from ‘Mystery Goddess’ onwards, a track which falls into Nicholls’ traditionally lazy MO of ‘I know! I’ll write a song about a girl with an unspecified mystical quality’. And this is the big problem with White Shadows: no matter what he calls his projects or the high-minded concepts he ascribes to them, Nicholls has been absolutely incapable of writing anything other than the same two songs all of his career (‘Get Free’ and ‘Homesick’ recycled endlessly). The highly polished electronic productions that the Littlemore brothers give his compositions cannot hope to disguise their flaws. Having said all that, Secret Of Life is not all entirely unpleasant to listen to, meaning that it gracefully sails over the (extremely low) bar set by all of Nicholls’ output in the last decade. (4/10)