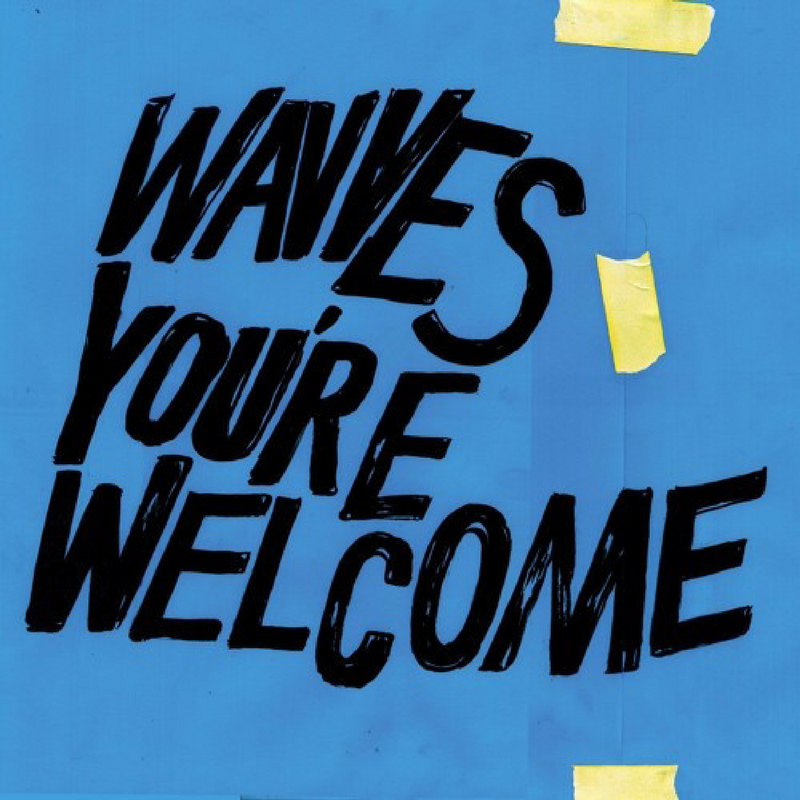 Wavves’ first album since being dropped from Warner Bros often feels lacklustre, despite a handful of highlights.

Unless you’re the cash cow major labels crave to have on their roster, don’t expect anything like their undivided attention. It looks like Wavves learned this the hard way, after parting ways with Warner Bros and joining to the long line of dissatisfied artists betrayed by the bean counter mind-set. Though 2013’s Afraid Of Heights and 2015’s V ticked the box of somewhat successful ventures, frontman Nathan Williams described Warner as “anarchy” and that his experience working under the label’s control had been “really all cons”.

Freed from their commercial constraints, Wavves announced that their new album, You’re Welcome would be released on their self-devised enterprise, Ghost Ramp. For those who aren’t familiar, since 2008, Wavves have been mashing California surf-rock with the sort of whiny attitude that only the likes of pop punk can seem to deliver. It’s the perfect formula for the egocentric, disproportionately emotional youth to sink their teeth into – loud, sun kissed melodies perfect for summer excursions accompanied by the sniffling howls of nobody understands me.

Despite this watered down idea of punk satisfying the modern appetite for sonic palatability, waving goodbye to Warner and placing control back into the hands of the artist opens a number of potential pathways to embark upon. Perhaps You’re Welcome will see Wavves explore alternate avenues and move away from the regimented style cemented on their past five studio works? Though some may even be happy to hear it, Wavves return without a single past arrangement out of place.

If, like me, you thought the departure from Warner might have been partly to pursue greater boundaries of creative independence, I’m afraid you’re thoroughly mistaken. Not to say that I expected some sort of profound, avant-garde masterpiece but a little injection of fresh thinking wouldn’t have gone amiss. Once again, Wavves use the same template to everything that precedes them. Perhaps they aren’t prepared to throw a curveball at their already established fan base but even in comparison to past efforts, it’s not exactly a standout.

Lyrically, it feels like overkill. From slacker rock induced calls of lounging about under the West Coast’s sunny blue skies to love’s redundant relationship with a so-called archetypal punk rocker, You’re Welcome feels plastic and like it’s allegiance to proving its own instability takes lead over any motivation to write intelligently or offer any meaningful substance. Single, ‘Animal’ encapsulates this perfectly, mapping ever self-deprecating cliché in sight whilst forcing loosely related life headaches with “it gets me higher”.

To understand the strengths, just listen to any previous Wavves record – lo-fi menace under thick riffs that rip through any distortion enthusiast. It’s a pity so much of it feels empty because when the volume gage hits eleven, there are moments of real magnitude that showcase volatile character the album is constantly trying to relay. ‘No Shade’ reintroduces Wavves with shards of back to basics intensity and pulls the reaction You’re Welcome is searching for.

It’s not hard to understand why Wavves have stuck to their guns but to do so successfully requires a little more than just a bog standard intention of going through the motions. Even today, it’s cool to be a punk, but forcing the identity sort of defeats the object. Wavves’ return falls as a somewhat underwhelming effort and will only satisfy fans holding onto whatever nostalgic view they have of the back catalogue. (5/10) (Ollie Rankine)

Listen to You’re Welcome here via Spotify, and tell us what you think below!