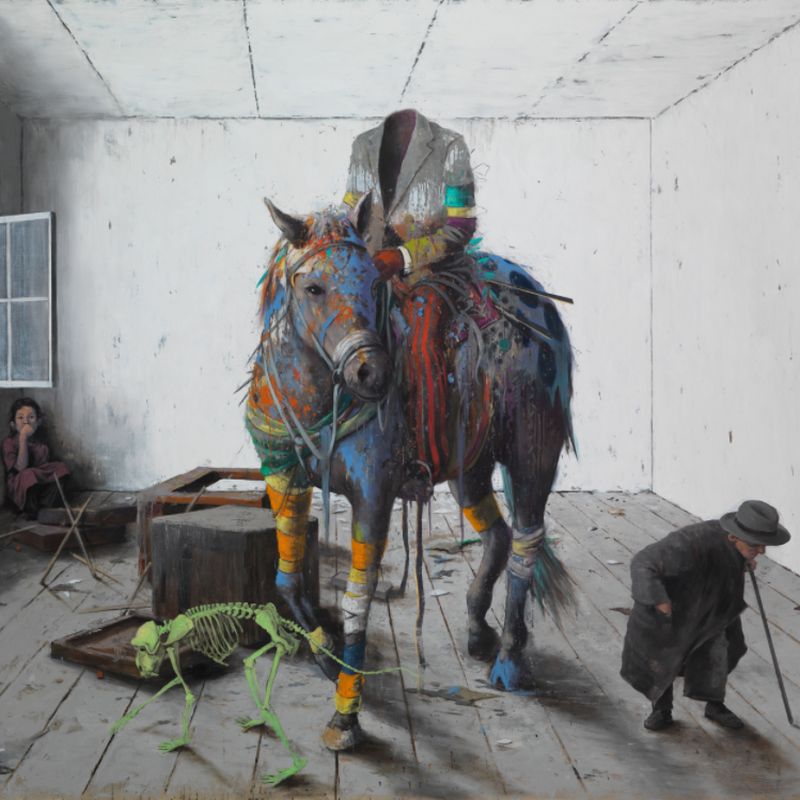 Once upon a time, UNKLE was one of the most cutting-edge musical projects in the world, not just in Britain. Formed by schoolfriends James Lavelle and Tim Goldsworthy, the latter of whom later set up the DFA label with James Murphy of LCD Soundsystem, the group initially included a certain DJ Shadow in its line-up after their record label Mo’Wax released Shadow’s 1996 album Endtroducing…. Together with a handful of huge indie and rap names, from Thom Yorke and Richard Ashcroft to Beastie Boys’ Mike D, the group released a spectacular debut in 1998 called Psyence Fiction. Since then, UNKLE has been rather a nebulous entity operating on much smaller artistic and commercial returns, consisting of a number of resident guest producers and performers on an album-by-album basis, but always revolving around Lavelle.

After eight albums’ worth of studio recordings and film soundtracks sprawling over hip-hop, electronica and rock, UNKLE seemed to get mothballed as Lavelle battled bankruptcy, but his curation of the 2014 Meltdown Festival reportedly worked up his appetite for reviving the project once again. The Road: pt.1 is therefore the first UNKLE album in seven years, and it sees Lavelle working to his tried-and-tested modus operandi, reaching out to find creative foils elsewhere to bring his mood-based music to life.

Interspersed with a number of spoken-word interludes titled ‘Iter’, the predominant feel of The Road: pt.1 is of a film soundtrack but with added guest vocalists. The entire cast comes together for the record’s opener (counterintuitively titled ‘Farewell’), a piece of beautiful twilit ambience where the voices are massed on top of each other. Go-to-collaborator Mark Lanegan, George Harrison’s son Dhani and The Duke Spirit’s Leila Moss are the best-known guests, but the more interesting turns come from newcomers Mink and Keaton Henson. The latter’s soft falsetto brightens up the gaseous, spacious ‘Sonata’ and the closing ‘Sick Lullaby’, a single released way back in January.

While The Road: pt.1 sounds impressive and detailed, the slow, filmic tempo becomes a little cumbersome after too long, and it’s no coincidence that most of the album’s stand-out moments come when Lavelle picks up the pace. The brooding, symphonic goth of ‘Looking For The Rain’ suits the oaky strains of Mark Lanegan’s perfectly, but other than that the slower moments seem to come and go without leaving much of an impression, despite sounding lovely and pensive.

The rapping of Elliott Power and Mink’s vocals of ‘Arms Length’ together make for a blissful piece of noir-ish techno, while the uplifting groove of ‘Sunrise (Always Comes Around)’ near the end of the record make for something of a light at the end of the tunnel of all the album’s midnight, monochrome ambience. ‘Cowboys Or Indians’, the album’s first single that dates back to over a year ago, has a lively undertone that brings the The Road: pt.1 to life for the first time with its creeping, twisting electronica. The title track, while built on what feels like a stuttering drum fill and quite unusual, lacks a little of the something that made UNKLE’s atmospheric take on rock music with 2007’s War Stories so majestic in places.

Arguably, The Road: pt.1 is Lavelle’s most successful attempt at bringing his artistic vision to life since the similarly twilit Never, Never, Land way back in 2003. It’s filmic, epic in size and never opts for overkill with effects and offers itself as a kind of space in which to think and reflect. However, it could have done with a little more rhythmic energy in places. (6/10) (Ed Biggs)

Listen to The Road: pt.1 here via Spotify, and tell us what you think below!