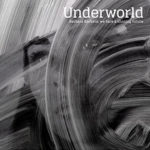 The gap of six years after 2010’s Barking may be the longest wait between albums in Underworld’s history, even for a band that has only really ever operated infrequently, but that hiatus has been productive for both Rick Smith and Karl Hyde. Smith worked closely with British film director Danny Boyle, both on the original score segments for the 2012 Olympics opening ceremony and on Boyle’s 2013 movie Trance, and vocalist Hyde teaming up with the legendary Brian Eno for two collaboration albums in 2014, Someday World and High Life. Seeking inspiration from elsewhere has evidently done both of them good, as this ninth album, Barbara, Barbara, We Face A Shining Future (it’s strangely beautiful title drawn from some of Hyde’s father’s dying words to his mother, Barbara) is by some distance the best Underworld album in more than 15 years.

Of course, most Underworld fans will implicitly acknowledge that the departure of Darren Emerson at the turn of the millennium was the end of a golden age, and that the holy trinity of definitive British dance albums they made together (1994’s dubnobasswithmyheadman, 1996’s Second Toughest In The Infants and 1999’s Beaucoup Fish) represented a high water mark that simply will not be bettered. However, Barbara… runs all three of those records surprisingly close, and the key is the rediscovery of that hedonism and re-tooling it to a new purpose, to a breezy yet mature record befitting their advancing years.

The personal has always been a large part of the Underworld aesthetic, with Hyde’s oddly affecting non-sequiturs often penetrating matters of the heart, however obliquely, and providing a delicate balance with Smith’s ambient house soundscapes. Deep down, Underworld are romantics, giving voice to a love often unspoken and unspeakable, that kind of fidgety warmth that lurks in the deepest recesses of one’s heart and can’t be described. This is seen in the cut-and-paste style of Hyde’s lyrics here, which he described as “found” fragments from different, overheard conversations, which in effect holds up a mirror to the fractured, frenetic urban lives so many of us live in 2016.

Opening track and lead single ‘I Exhale’, coming across like Mark E Smith fronting Talking Heads, is one of the strongest Underworld tracks in many years, with Hyde’s cryptic musings such as “life / it’s a touch / everything is golden / open” formulating into something moving and passionate. Though it changes little over its mid-paced 8 minute running length, it’s still unmistakably Underworld, in the same kind of way that ‘Born Slippy’ simply is – in that it could not have been done by anybody else. Things continue in the same vein with ‘If Rah’, featuring a rasping groove and a hypnotic, irregular rhythm that eventually blossoms into one of the group’s most rhapsodic moments, climaxing in a ‘hands in the air’ outro. As an opening salvo, it shows Underworld back on the kind of form we’ve always expected.

Going deeper into the album, which is only seven tracks long, ‘Low Burn’ completes the first half by venturing into more sensuous territory. Featuring a repeated set of lyric shrapnel – “time / first time / blush / be bold / be beautiful / free” – it recalls underrated ‘90s highlights like ‘Jumbo’ or ‘Tongue’, recalling certain rites of passage enjoyed in youth that’s somehow deeply moving. After a faintly menacing acoustic guitar interlude in the shape of ‘Santiago Cuatro’, we get the disorientating ‘Motorhome’, built around a synthesised violin figure and squeaky keyboard bleeping over a slow, stuttering beat. Odd, for sure, but it’s difficult to remember anything like it in recent years, from any genre of album.

Things get quickly back on track for the closing one-two that segue together effortlessly. The gentle, muffled house of ‘Ova Nova’ is the most ambient track here, recalling the tentative rebuilding of 2002’s A Hundred Days Off. Sweetly, it features the backing vocals of Esme Smith and Tyler Hyde, the duo’s teenage daughters. This atmosphere carries over into the jaw-dropping closer ‘Nylon Strung’, again featuring Hyde and Smith’s children, as the cyclical lyrical ploy goes “open me up / I want to hold you / laughing”. Such short, broken lyrics suggest the deepest vulnerability and love, whether it’s for one’s partner or children, becoming more and more sincerely stated as the whole track lifts off into the stratosphere.

It shows that organic emotion is a critical factor in the best dance music – something that the cynical EDM scene simply cannot hope to understand, and something that Smith and Hyde have always intuitively known. For fifteen years and three albums since Emerson’s departure, they’ve often struggled to put this across consistently, but at last they have succeeded. In short, Barbara… is the best album that Underworld ‘Mk.III’ has ever made, and the most accessible and enjoyable since their ‘90s heyday, a fractured take on the disorientations of modern life. (8/10)

Listen to Barbara, Barbara, We Face A Shining Future here, and tell us what you think below!