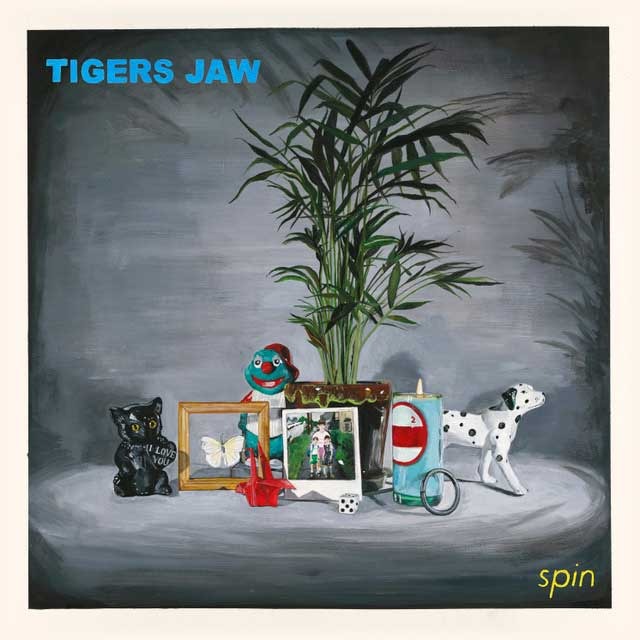 ‘Spin’ may be one of Tigers Jaw’s more formulaic efforts, but is still an enjoyable addition to their beloved discography.

When Tigers Jaw first emerged over a decade ago, they brought a much-needed breath of fresh air to the dilapidated alternative scene, and built a burgeoning niche alongside fellow Pennsylvanian natives The Menzingers and Title Fight. They captured the perfect blend of youthful sincerity, obscure ‘Twin Peaks’ references and addictive tunes, exemplified best on their self-titled album, which has deservedly risen to cult status since being released in 2008. However, their fifth and latest effort, entitled Spin, sees a notable sea change for the band, as it’s their first written and recorded since parting with three of their original members, leaving guitarist/vocalist Ben Walsh and keyboardist/vocalist Brianna Collins to carry on as a duo…

An aura of familiarity is present from the moment ‘Follows’ flourishes to life, and long-time fans are sure to be happy to hear their signature vibrant, uplifting guitars and the subtle hum of keys, accompanied by an infectious chorus and closure. ‘June’ and ‘Guardian’ follow suit, offering delectable harmonies and the bittersweet mood of post-teen melancholy that Tigers Jaw capture so well. Long-time producer Will Yip also gives the record a friendly warmth, shurgging off the more scrappy DIY characteristics of their first three albums for a richer, fuller tone.

Some may find that tracks such as ‘Favorite’ or ‘Window’ visit old ground, and at times feel like rehashes of older songs, occasionally feeling a bit formulaic and struggling to be as adventurous or as left-field as some tracks on their previous album Charmer (2014). Thankfully though, Ben and Brianna manage to deliver enough charm and catchy tunes to win your heart over, and the record only grows on you more with each listen, with plenty of songs that are likely to be met with huge sing-alongs at live shows.

Spin may not reach the heights of the iconic Tigers Jaw or the more mature and moody Charmer, but shows a band regaining their balance after losing more than half of their original line-up, and destroys any doubts that they’ve lost the spark that made fans fall in love with them in the first place. (7/10) (Woody Delaney)

Listen to Spin here via Spotify, and tell us what you think below!