IN CONVERSATION WITH: Weirds 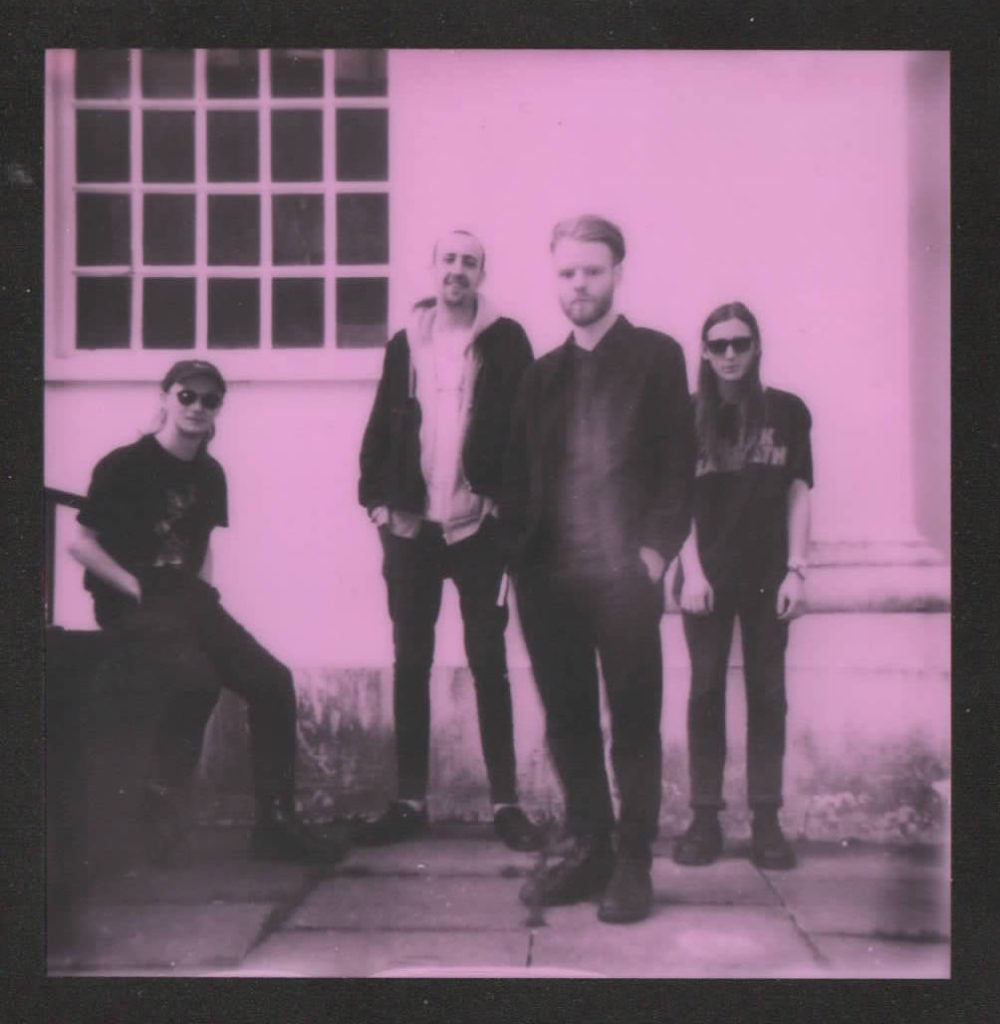 Weirds have been playing music together for some time. Based in Leeds, throughout the early days of youth and particularly over the last three years, Weirds have cultivated what can only be described as a driving force of psychedelic rock that is surely set to shake Northern music scene. Having enjoyed a few busy spring months of relentless touring, this week sees the release of their anticipated debut album, Swarmculture. We caught up with frontman Aiden Razzall and drummer David Nash to find out what the band have been up to and what may lie ahead.

How long have Weirds been playing together?

Aidan Razzell: We all grew up and went to school together so we’ve been playing music together since we were about 15 years old. But the band’s been together about three years.

What sound has Weirds managed to develop over the last three years?

AR: I would say it’s a heavy, dark, psychedelic sound with lots of guitar riffs, ambient keys and frenetic drumming.

David Nash: Influence wise though, I think we all listen to different music. Aiden’s really into psych, Matt’s really into what might be described as lo-fi I guess…

AR: I’d say Matt’s really into that ‘90s alternative, weird heavy era. He likes Tool, Primus and all that kind of stuff. I wouldn’t say that those bands rub off on our sound that much but we all have our own tastes.

So all of that is what merges into the final product?

AR: Well when we’re writing a song, we don’t all sit down and say ‘well, we want to write a song that sounds psychedelic and also heavy’. We’ve known each other for long enough to know when we’re writing something that sounds wrong or doesn’t exactly suit us because I think we all have a mutual understanding of what works and what doesn’t. We don’t set out to write songs with a specific sound in mind, it just naturally comes out. I think that’s probably true with most bands if you ask them that question.

Basically jamming is the most important part of your process?

AR: Yeah, I think jamming is, although we do all write a lot separately as well. Zach might come up with a guitar riff and Matt might have a bass line or I might have some lyrics and then we bring them to everyone and jam out from that. Sometimes it sounds totally different from what the original idea was but we know when it works.

What about the lyrics? Do you tend to write them all yourself?

AR: Yeah, I write all the lyrics. The lyrics are quite personal to me but I guess it’s always been like that. I think we would find it weird if it was a communal lyrics writing thing.

DN: I think it would probably be pretty bad if it were a communal thing. If you have a song and you have some ideas for lyrics, there’s obviously a path that Aiden sets. Maybe it’s an event, maybe it’s how he’s feeling at the time as to why he’s writing like that, I just think if you try to make everyone put in a lyric idea you just end up with a song that’s all over the place.

So you played Live At Leeds Festival. How was it preforming at one of your hometown’s biggest music events?

AR: Yeah we played on at the Brudenell Social Club and it was wicked. I think we were a bit concerned beforehand because of just the way metropolitan festivals work. There are a huge variety of bands and everyone leaves the venue during the changeover and you start thinking ‘oh my god, is anyone even going to watch us’ but in the end it was rammed and really fun.

DN: We were on at the same time as White Lies, which I’ll admit, I was a bit concerned about! If I hadn’t been playing, I would’ve definitely gone to watch that.

What time did you guys play?

DN: It was weird because White Lies were one of the headliners but they were first on at the Leeds Beckett Stage I think…

AR: Yeah, I’m not sure if they needed to be somewhere else but I’ve got no idea why they were on so early.

DN: But I think they’re big enough to have played at anytime and people would have still gone to go see them. They’re not going to be arsed that they were playing an early slot.

Do you prefer to play festivals or your own gigs?

DN: I think I prefer it when it’s an actual gig just because you have more time. Festivals are great because you get to play to a load of new people and you get to see a load of great bands but it’s definitely a rushed thing.

AR: By the time the band before you have got off stage and you’ve managed to get all your stuff on stage, you only have about ten minutes to sound check everything. But a band like us who are quite complex technically to put into a gig scenario, it can be a bit rushed and it just won’t sound as perfect as you want it to.

So what’s next on the horizon for Weirds?

AR: So we actually have an album coming out on May 26th called Swarmculture on Alcopop! and basically leading up to that, we’ve just been on tour with The Wytches for two weeks and we did a little headline run before that. We’ve got a bit of time off now but then we’ve got another headline tour coming up in June for the album and that’s all over the UK including Wales and Scotland. Then festival season after that which we’re all really excited for.

Which are the dates you’re most looking forward to?

DN: Two Thousand Trees and Truck are the ones that standout for me. I really like playing metropolitan festivals but I really like the classic camping, summer festival. It will probably rain and be horrible that’s all part of it as well! So there are a lot of cool prospects to looks forward to in the future.

Weirds release their debut album ‘Swarmculture’ this week via Alcopop!