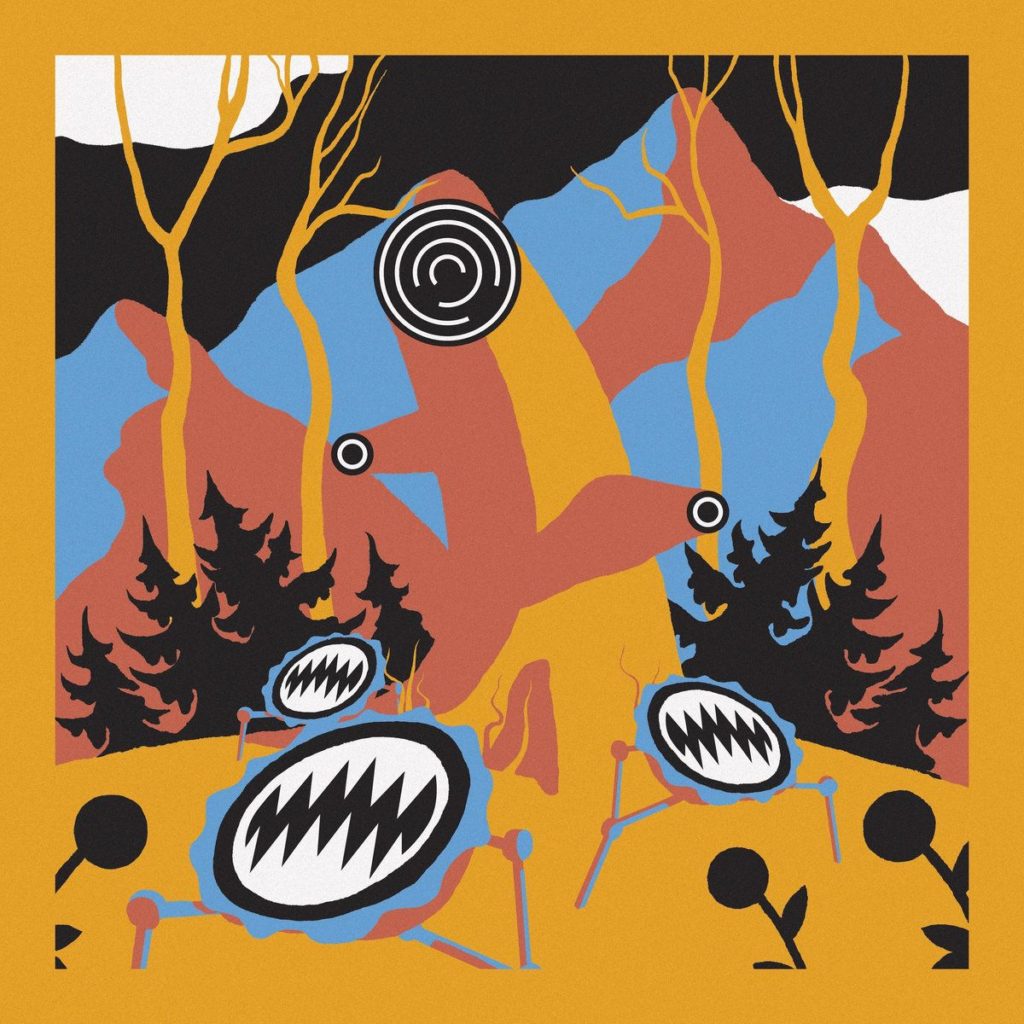 Four years into their existence, Leeds-based Team Picture have finally released their debut album to follow up their 2018 Recital EP. The Menace Of Mechanical Music boasts a dozen synth-driven tracks, each one choc-full with intimate vocals and swirling, modulated textures. As a particularly large ensemble – the group consists of six members in total – Team Picture do well to leave enough space and headroom in their music to allow each instrument to breathe, without overfilling the mix, resulting in an album that sounds euphoric yet not particularly digital, despite the reliance on synthesised instrumentation.

The album title itself, borrowed from a phrase used in a 1906 essay by American marching band composer John Philip Sousa whose theme echoed across the following century, also seems to be a self-aware nod to the group’s use of synthesised instruments in their compositions, and it establishes an eerie sense of dystopia before the album has even begun. In comparison to Recital, The Menace Of Mechanical Music shows evidence of significant stylistic development; the once-dominating, jangling post-punk guitar tones are now sharing their air-time with big, brassy synth riffs, dripping with vibrato, as heard on the track ‘Keep Left’ in particular.

Despite some light spots here and there, The Menace Of Mechanical Music is moody and existential, with tracks covering topics of losing a sense of oneself (‘Baby Rattlesnake’, ‘Sleeptight Auction’), and others detailing the slow decline of a relationship (‘Handsome Machine’). Synth-pop and post-punk merge into one throughout, with Team Picture not unable to provide sufficient dirt if necessary, such as on the final track ‘Quit Reading’, with its spiky overdriven bass tone and saturated, slap-back vocals. It’s in these heavier moments that Team Picture reveal their ability to achieve a particularly vicious post-punk sound.

The Menace Of Mechanical Music is a solid debut, and one that Team Picture should be considerably pleased with, showing great diversity and demonstrating their excellent collective compositional skills. Arranging and particularly mixing an album for a group with six members is no straightforward task, but carefully considered production has ensured that this debut sounds fantastic, with space for each song to move without flooding the stereo field. The Menace Of Mechanical Music is an exciting album, and will be interesting to see where Team Picture are heading next. (7/10) (Jacob Kendrew)

Listen to The Menace Of Mechanical Music by Team Picture here via Spotify, and tell us what you think below!