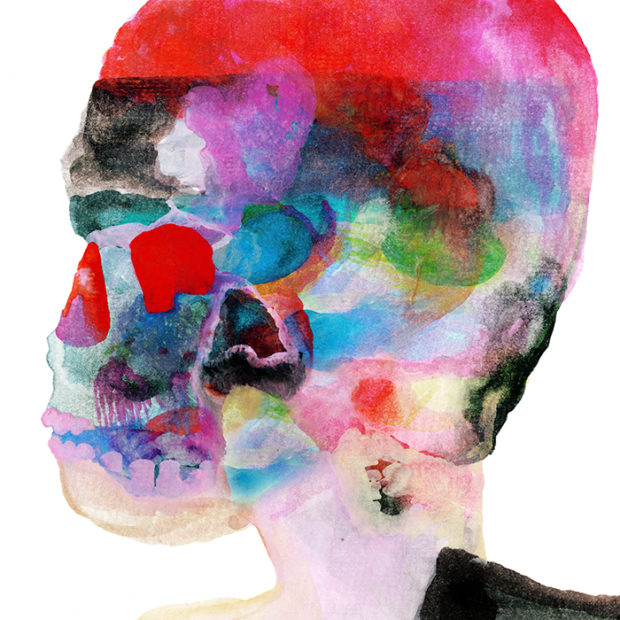 The evolution of Spoon has proven to be a joy to behold, with every album subtly reinventing just what the band is and ‘Hot Thoughts’ is no different.

A lot has changed since Spoon last released a record on the Matador record label way back in 1996. The group, only just entering their twenties, had yet to unleash the talent that would make them the most critically adored band of the ‘00s. Yet the signs were there; Britt Daniel’s sharp songwriting and direct instrumentation were apparent, even if they were doing their best impression of Black Francis at the time.

The evolution of Spoon has proven to be a joy to behold, with every album subtly reinventing just what the band is and Hot Thoughts is no different, as, on their ninth album, the band adds subtle electronics to their work.

Title-track ‘Hot Thoughts’ begins the record with the typically snappy pop sound that Spoon have perfected through the years. Opening strings are built around rhythmic snares, all the while developed by superb multi-layered guitars – it’s instantly accessible and a wonderful insight into what is to come.

The constant brilliance of Spoon has always been the ability to make the intricate sound simple and this is never truer than on ‘First Caress’. Dazzling keys and whirling electronics are combined with a chopped guitar sound to compliment the dry wit of the lyrics. Whilst during ‘Can I Sit Next To You’, funk-rock guitars work with strings and synths to build a gorgeous structure underneath Daniel’s raw vocal delivery.

Still, the most interesting pieces of the record come in the near-instrumental ‘Pink Up’ and the fully instrumental album closer ‘Us’. In the former, the shuffling maracas of Jim Eno and ominous instrumentation create immediate intrigue before the addition of steel drums and vibraphone take the listener on a sun-soaked journey – the almost passive vocals reflecting the escapist nature of the track.

The latter is an altogether more abrasive sound; the synths are colder, the electronics more piercing. The track is centred around a battle between a free-jazz sound, dominated by saxophone, and the band’s core melody with the saxophone edging away from the raucous sound as the album fades out.

And with it goes another spellbinding Spoon album.  Hot Thoughts is an amalgamation of everything the band has learned during their 25 years in the music industry. From the carefully crafted ‘WhisperI’lllistentohearit’ to the wonderfully well-textured closing stages, the record is undoubtedly a success and another fantastic addition to Spoon’s discography. (8/10) (John Tindale)

But what did you at home think? Listen to Hot Thoughts here via Spotify and let us know. Enjoy reading!