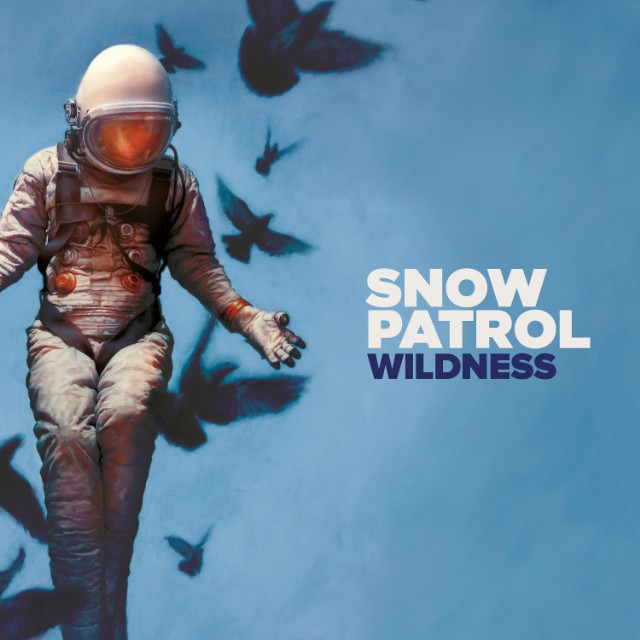 Snow Patrol return after a seven-year hiatus with their most surprisingly powerful and emotionally resonant work ever.

When you hear the name Snow Patrol, the first thing that shoots into your mind is their 2006 song ‘Chasing Cars’, the slushy and irritatingly ubiquitous lighters-aloft anthem that was named the most-played radio hit of the noughties in Britain. Yes, really. While they went on to sell plenty more records, they never matched ‘Chasing Cars’ for sheer cultural clout, before going on hiatus following 2011 album Fallen Empires. Seven year on, Snow Patrol have broken their seven-year absence from the music spotlight with the release of seventh studio album Wildness.

Catching up fans with what had been going on in the intervening time, lead vocalist Gary Lightbody opened up about his battle with depression, telling The Telegraph that he “used to think about not existing”. This theme bleeds through Wildness, presenting itself immediately on songs such as lead single ‘Don’t Give In’, Lightbody telling himself “don’t you dare quit so easy”. He separately told BBC Radio 2 that the song “was originally about a friend going through a tough time, but the more I wrote into it I realized it was about me and the struggle of making the album, which took five years and was not easy, coupled with the struggle with depression I’ve had since I was a kid, so it has become the talisman of the album. The song that became a self-fulfilling prophecy.”

Knowing that themes of this album come from a place of struggle makes Wildness much harder to skip over and dismiss than previous efforts. Album opener ‘Life On Earth’ is a hallmark of typical Snow Patrol sound, this song makes good use of simple instrumentation paired with reviving lyrics and a distinct voice that knows sadness and pain.

‘Heal Me’ and ‘Empress’ are good songs that shine through as the most upbeat tracks on this record but do not really go beyond that. ‘Soon’ sits just outside the narrative of Wildness, a song about father and son, bringing a slight sense of variation to the tracklisting. ‘What If This Is All The Love You Ever Get?’ is a touching song but is not overpowering, this is what makes this song stand out among others. Unpretentious piano gives a strong support to the sincere vocals on this track. “So you’ve fallen in love, so you’ve fallen apart, what if it hurts like hell, then it’ll hurt like hell.” ‘A Youth Written In Fire’ tells of a relationship in decline through flowing lyrics and striking harmonies. ‘Wild Horses’ embodies a similar fierce vitality as ‘Life On Earth’ and ‘Life And Death’ is stable and serene throughout before changing up into a more powerful end.

The expanded deluxe version of Wildness consists of alternate versions of some tracks, which are a treat for die-hard Snow Patrol fans. As an overarching experience, it’s a highly respectable and meaningful return for the band, maintaining that sad spark that goes hand-in-hand with them. (7/10) (Rebecca Corbett)

Listen to Wildness by Snow Patrol here via Spotify, and tell us what you think below!