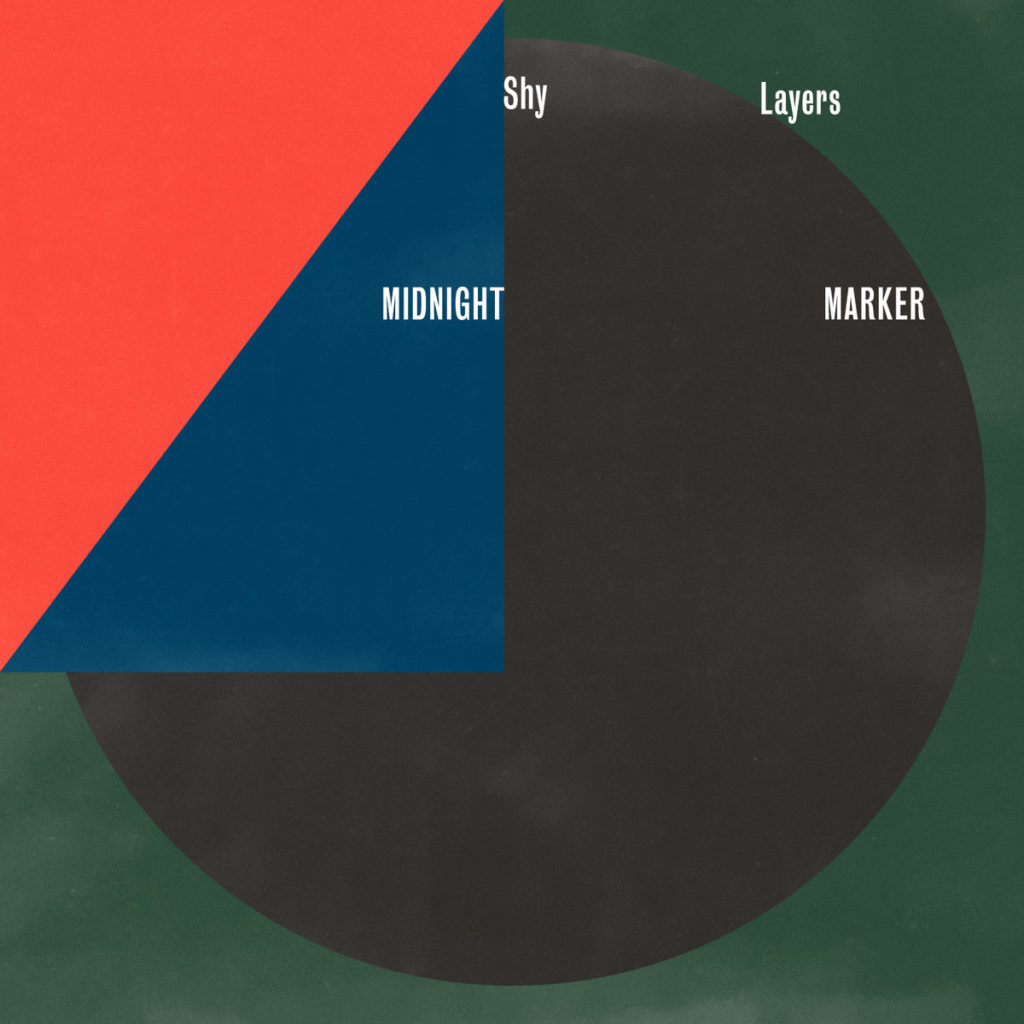 On ‘Midnight Marker’, Shy Layers makes clear use of his visual artist ethos to present us with a sort-of muzak of excellent craftsmanship.

In interviews, visual artist JD Walsh, the figure of a serene dad flicking through his obscure vinyl collection on a sunlit porch, talks of seeing “less and less of a division between making a song or a painting or a sculpture”. His second album as Shy Layers, Midnight Marker, makes clear use of this ethos. As the songs gradually flow and transform, instruments layer on top of one another and subsequently disappear and emerge behind and from each other, we are presented with a sort-of high-craftsmanship muzak that nearly defies labelling.

Shy Layers’ output has received sonic descriptors such as “retro computer pop” or “good morning-coffee, cooking music”. Certainly there is something to that, provided you’re in the mood for chopping carrots to mellowed-out vocoder vocals and modular synthesizers. A more accurate descriptor of the way Walsh constructs his songs, however, are his own artworks. Going through his online portfolio, it’s filled with abstract, pastel-tinged or otherwise nostalgically evocative shapes, layering over or intersecting each other to complete a singular, simplistic, but undeniably aesthetically pleasing piece.

Some of the highlights from the album follow precisely that formula. ‘Lover’s Code’, a melancholic song about miscommunication in relationships in its essence, with the sunniest of predispositions, features the aforementioned warm vocoder-affected vocals, genuine human singing emerging from the synthetic melodies beneath, all piled on top of a mix of acoustic drums, electric guitars and an indiscernible number of early ’80s synthesizers. Like most other tracks on Midnight Marker, it occupies a space between nostalgic throwback and the modern #chill playlist vibes of the information age.

Walsh is continuing on the same musical road he started with his debut self-titled LP back in 2016: ambient-retro-funk-electronica mishmash songs, bordering on being described as instrumental, carefully constructed in a way that lends itself more to the descriptors of hands-on craftsmanship than it does to those of some divine-inspiration driven musical meanderings. A larger message may be missing, but it’s difficult to find noises that are as well constructed for those morning coffees and carrots in desperate need of chopping. (7/10) (Ellie Wolf)

Listen to Midnight Marker by Shy Layers here via Spotify, and tell us what you think below!