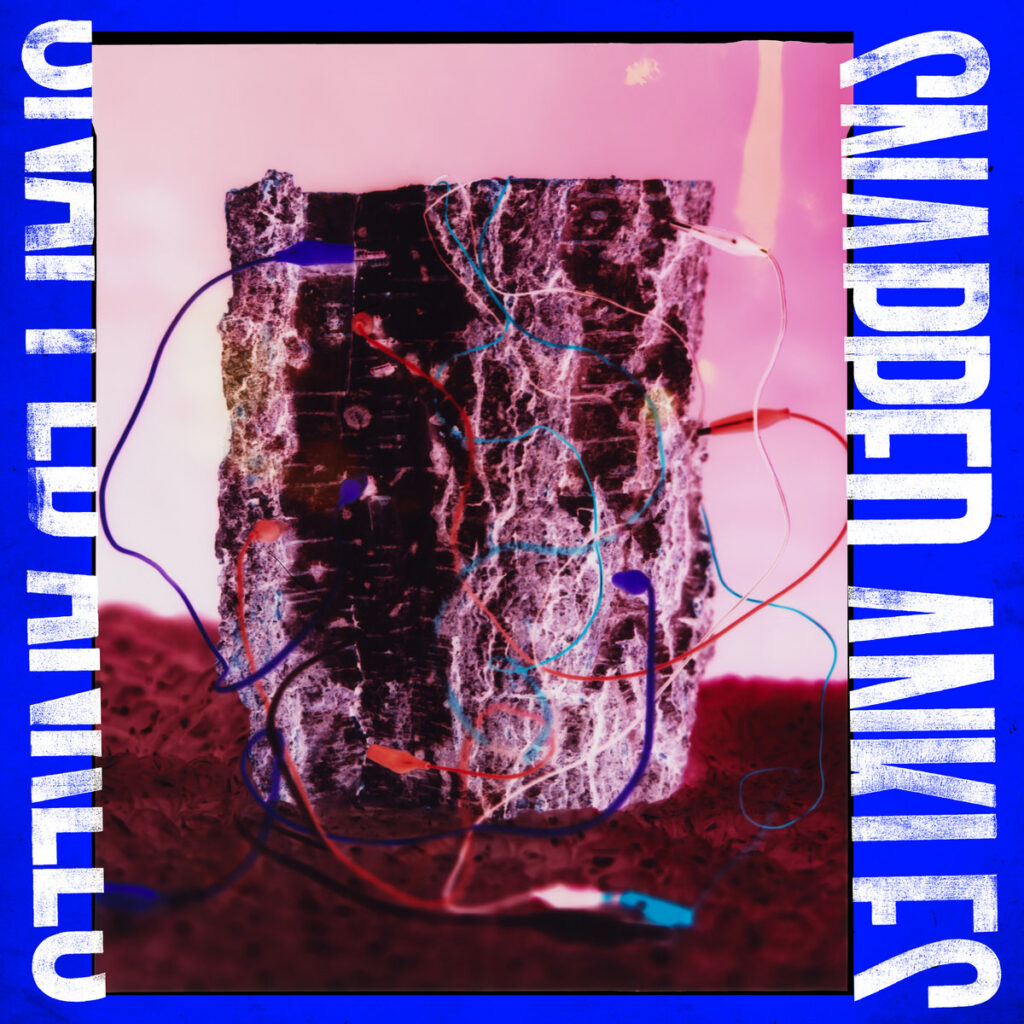 With their third album ‘Forest Of Your Problems’, Snapped Ankles successfully meld bitterness with danceability.

Snapped Ankles revel in their weirdness. Dressed in ghillie suits and claiming to be “descended from the trees”, the London-based band makes music that is far from the norm. Forest Of Your Problems shows that right from the beginning, playing with pummelling basses and synths that sound like they’re from another planet.

By the time second track ‘The Evidence’ comes rolling in, you’re already in full view of their weirdness. This is perfect, because this track contains one of the best and most fun choruses featured in a rock song this year, and shows the band in complete control of every part of their sound. Like 2019 predecessor Stunning Luxury, it has a classic ‘80s sound in the vocals, not dissimilar from New Order or Duran Duran, but has enough fun and light-heartedness to make it seem more like a fun homage rather than a rip off.

Every part of Snapped Ankles’ third album seems like it was built for performance, not an easy listen. Dressing in full ghillie suits is a clear indication that this band are not ones for playing it subtle, but this sometimes means that some of their brighter ideas are buried and you can’t help but feel that they would just be better live, or at least in a performative space.

Third track ‘Shifting Basslines Of The Cornucopians’ probably best shows the weirdness that Snapped Ankles are trying to portray. If the name of the track, alone, is making you want to stay away, then it’s probably most likely not for you. If it does interest you, you’re in for a treat, with samples of PacMan’s death sound effect littered amongst some of the funkiest grooves put to a record this year.

At no point across the album’s ten tracks do Snapped Ankles feel like they’re losing interest or trying to portray anything other than genuine, carefree fun. Forest Of Your Problems is probably an album best suited for fans of King Gizzard & The Lizard Wizard, not just in terms of sound, but vibes and aesthetic too.

The album’s best track is the centrepiece ‘Rhythm Is Our Business’ in which the anonymous lead singer takes down politicians and businessmen (or those few that cross into both categories) with a fun, fast paced track, with a few start stop sections throughout. It’s the best track on an album that definitely deserves your attention, even if it does sometimes feel like some of the ideas could be taken a little further. (7/10) (Harrison Kirby)

Listen to Forest Of Your Problems by Snapped Ankles here via Spotify, and tell us what you think below!