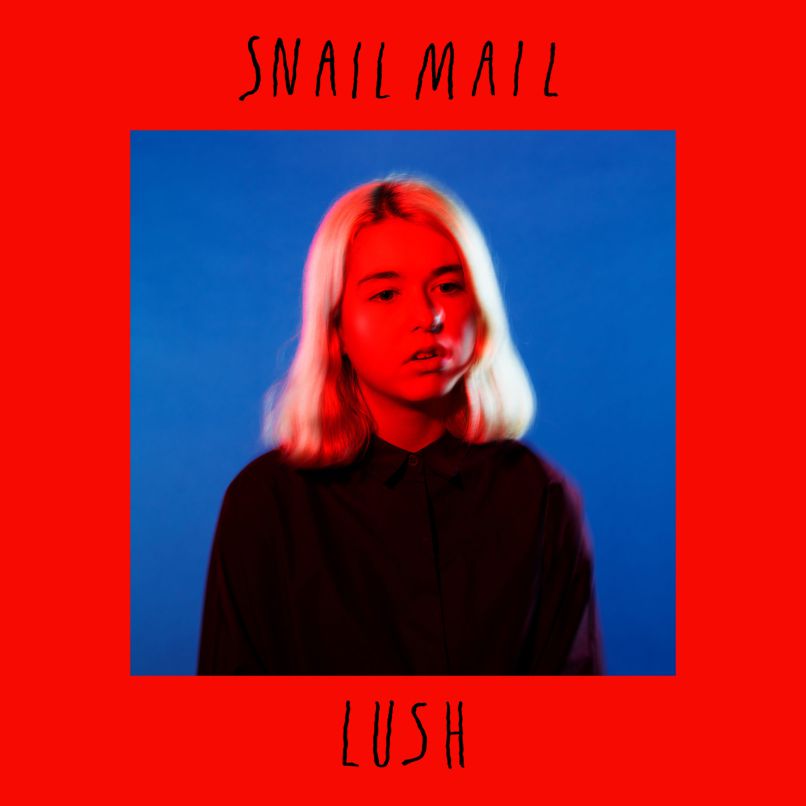 Lindsey Jordan’s first full Snail Mail album ‘Lush’ is an intensely detailed document of life and love while adjusting to adulthood, and fulfills all the breathless predictions made for it.

Take an indie rock band and put a female on vocals and you open the floodgates for comparisons to pretty much any other female-fronted band. Lindsey Jordan may be in the driving seat, but she has repeatedly steered away from media spotlight and the unsolicited assessments of Snail Mail’s sound against others. This has become a regular occurrence following the release of 2016 EP Habit, a six-track release that gained a lot of momentum after being featured on many US music sites, even having Pitchfork add the track ‘Thinning’ to their Best New Track series. Habit, available on streaming platform Bandcamp, began cultivating a fanbase for Snail Mail that’s has now been yearning for new music over the past two years. The wait is finally over; this is an album you need to experience.

Released on Matador, one of America’s heavyweight indies, Lush is carrying a lot of weight on its modest shoulders as one of the most promising albums of the year, even managing to climb up to #3 on Stereogum’s Best Albums of 2018 so far before it was even out. Serving as teasers for Lush, early singles ‘Pristine’, ‘Heat Wave’ and ‘Let’s Find An Out’ had a similar effect to when a shark smells blood, and the hope and eagerness for more has had the effect of propelling Jordan into the limelight well before her first Snail Mail album had even hit the charts.

Lush has the musical capacity and general demeanour to take over anyone who is young and confused. Only 19 years old and just balancing on the cusp of adulthood herself, Jordan presents as already extremely mature through her voice; unlike the mass of indie-rock bands surrounding them, Snail Mail’s songs are never whiney, being too direct and disarming for that. There is something about reaching the very end of your teens that kicks you into the reality of adult life, and such an important time doesn’t come without a certain melancholic turbulence. Jordan intrinsically understands this and is able to transcribe it, and Lush makes that particular road smoother.

Songs on this album are incredibly easy to access, and Jordan’s vocals are accentuated over sparkling clean guitars, a clear step away from the gritty, slightly shoegaze propulsion that drove Habit. You feel like you can trust her voice, radiating as it does with sincerity, and Lush helps us recognise the kind of voice that has been overshadowed in the past.

Awash with reverb, ‘Intro’ sounds like one big sigh, vocals seep through only to reassure you of the despondency of this song, “They don’t love you, do they?”. This is slightly unexpected as the singles released showcased sounds with more of a spur. However, this is not at all a bad thing. If ‘Intro’ is the rain then ‘Pristine’ is the lightning – having already generated electricity among audiences when released as an early single, it shocks this album to life. Jordan described this track to Consequence of Sound as “very sarcastic and melodramatic in nature. It’s almost like punching Habit in the face and going, ‘You idiot’.”

‘Speaking Terms’ highlights the particular style of guitar playing that Jordan is accustomed to. Under the mentoring influence of Mary Timony (Helium, Autoclave, Wild Flag and currently Ex Hex), Jordan makes use of odd tunings and interesting chord shapes with influence from the ‘90s icon. ‘Stick’ has been pulled straight from the gritty earth of Habit and has been dusted off nicely to produce a more polished version of the song. ‘Let’s Find An Out’ is slinky and smooth, Jordan’s fingers seem to glide over classical guitar, making nothing of the fingerpicking skill that she is showcasing.

‘Full Control’ is like a firework, it is just a matter of time before it shoots off, rapidly rising above and surpassing everything. This song explodes and marks itself as the core of this album, it gives no indication to the mammoth chorus that stamps all over simple verses. “I’m in full control, I’m not lost, even when it’s love, even when it’s not” Jordan sings confidently and with power, and there can be no doubt about it: she most certainly is in full control.

All circles end where they begin, with closing track ‘Anytime’ taking an extract from ‘Intro’ and breathes new life into it. Jordan ditches the reverb, switching out a drowning voice and allowing us to truly hear and appreciate her voice.

Lush shows greater depths to Jordan’s songwriting abilities and allows her, for a second, to step out from her Snail Mail guise and show how she has grown. It paints an accurate picture of the instabilities of love, life and growing up. It’s so far from just any indie-rock debut: it is genuine, emotive, and fantastic first proper musical statement from a terrific talent. (8/10) (Rebecca Corbett)

Listen to Lush by Snail Mail here via Spotify, and tell us what you think below!