REVIEW: Panic! At The Disco – ‘Pray For The Wicked’ (Fueled By Ramen / Warner Bros.) 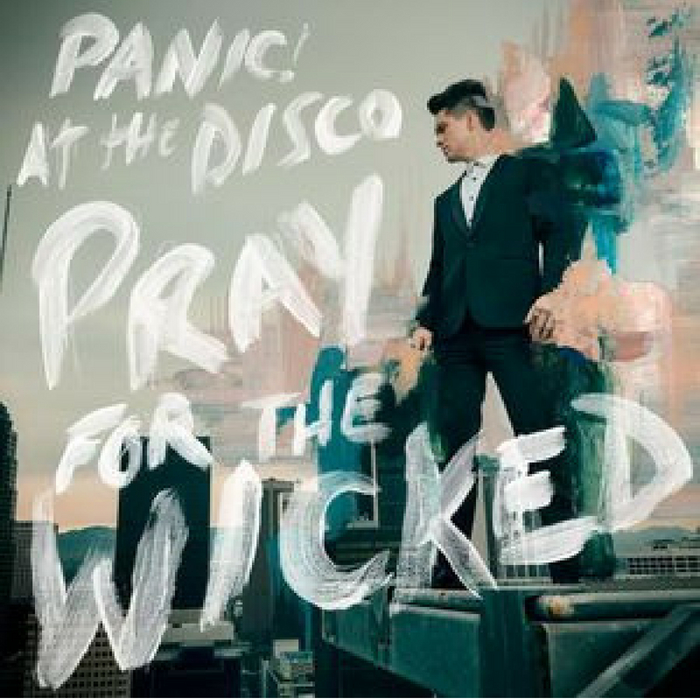 Panic! At The Disco’s ever-evolving aesthetic sees Brendon Urie imagine what a serotonin-pumped Fall Out Boy might have sounded like in the 1920s.

Panic! At The Disco has undergone a wild transformation through the years, both in style and in its membership. From the drooly angst of 2005 debut A Fever You Can’t Sweat Out, to the ‘60s British rock inspired floral Pretty. Odd., post-breakup Vices & Virtues, electronica-infused Too Weird To Live, Too Rare To Die! and bottled hurricane of alternative pop of Death Of A Bachelor, they’ve boldly changed identity with each outing. Now, with their newest album Pray For The Wicked, Panic! At The Disco, which creatively is now more or less the sole project of frontman and vocalist Brendon Urie, seems to be polishing their own brand of pop music. Their sixth album is highly potent in its energy, with the help of a brass band and trap beats making it almost a cinematic experience, yet slightly losing that edge that made Death Of A Bachelor a thoroughly enjoyable listen as Pray For The Wicked easily blends into one stream without much emotional or tonal differentiation.

While having a few stand out tracks that excite the ear, such as ‘(Fuck A) Silver Lining’, ‘Say Amen (Saturday Night)’ and ‘High Hopes’, Pray For The Wicked doesn’t seem like a record that would attract any new love for the back-in-the-day Vegas-sourced outfit, now largely dominated by its only left original member Brendon Urie. He definitely knows how to write an explosive pop track – he’s a well-known craftsman of grand, catchy, Christian metaphor-laden tracks that show off his incredibly wide range beautifully, and Pray For The Wicked has heaps of that with an added sprinkle of ‘20s glam.

Still, the range of the album itself at times feels narrow, with all of the songs merging into one excitable, concentrated, never-ending pop song with samples of speech as melodic material. Most tracks discuss identity, the music business and the concept of ‘making it’, with Urie preaching doing what feels right for yourself in most of the tracks. This is an album that definitely won’t bring you down, yet its constant brightness might be tiring, with the exception of the closing track ‘Dying In LA’, which is a bit more melancholic.

If Death Of A Bachelor had that Frank Sinatra/Queen grandeur, Pray For The Wicked is more current Fall Out Boy fronted by Urie in the 1920s (on loads of serotonin). Whether that’s a good or a bad thing is for each listener to decide. Pray For The Wicked at least maintains the Panic! At The Disco hype and shows Urie consistently honing his newfound pop identity, yet is nothing revolutionary for the band’s identity. (6/10) (Aiste Samuchovaite)

Listen to Pray For The Wicked by Panic! At The Disco here via Spotify, and tell us what you think below!