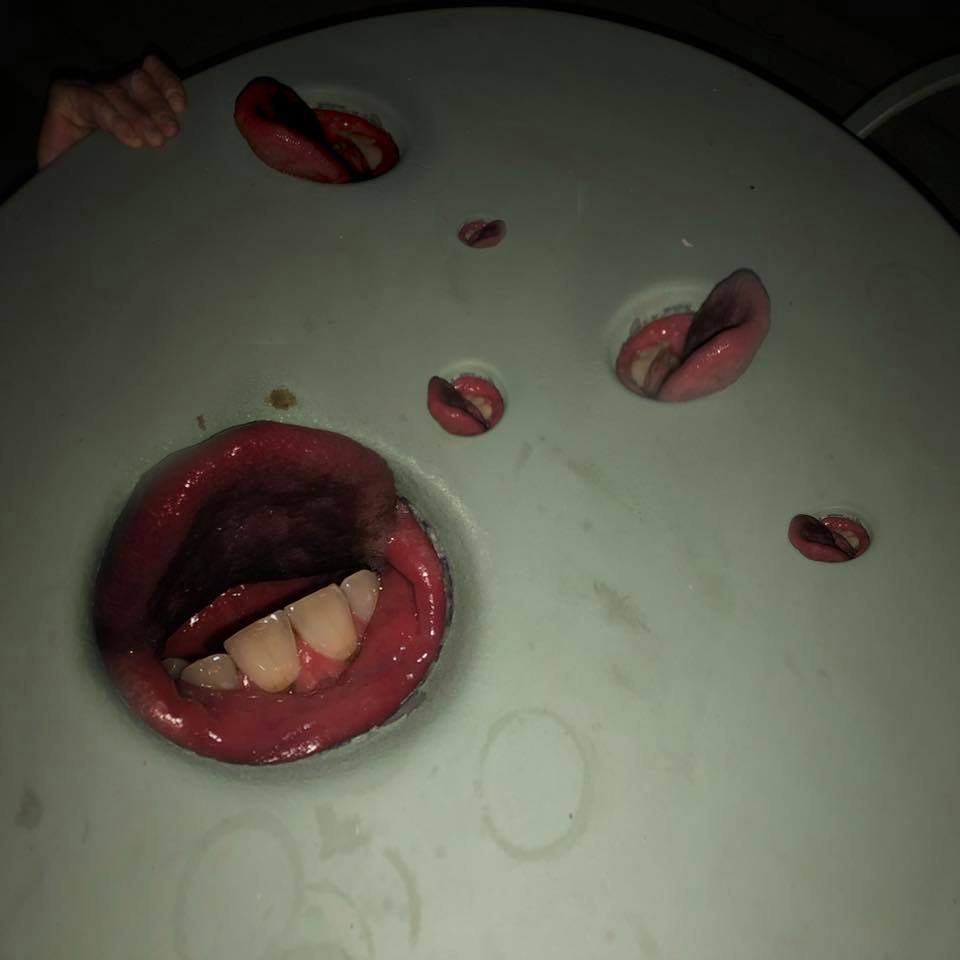 While the intensity, shock tactics and style fusion is still intact, Death Grips’ sixth album ‘Year Of The Snitch’ veers close to the conventional in some places.

Death Grips don’t just release albums – they turn the entire promotional cycle into theatre. In the year since the release of the bonkers Steroids EP and the announcement of new material, everyone’s favourite Sacramento experimentalist hip-hop three-piece have been busy boys indeed. Their social media feeds were littered with teasing images of collaborations with Lucas Abela – who specialises in eating glass – Tool bassist Justin Chancellor, and, in a collaboration that was bound to happen at some point in the wonderful and frightening world of Death Grips, Andrew Adamson. That’s right, the man who directed Shrek.

Whilst the band shows no signs of mellowing, sixth album Year Of The Snitch seems more conventional in nature – if that word can ever be applied to any Death Grips work. The traces of structure can be found on a number of tracks, and ‘Death Grips Is Online’ even has a chorus. A good deal of the samples used on Year Of The Snitch seem to be pulled from rock songs, source material that is a world away from the twisted Björk samples of 2015’s The Powers That B. ‘Dilemma’ is carried by a guitar riff, as is a large part of ‘Hahaha’ and ‘Shitshow’. There’s also jazz and funk-influenced sounds on Year Of The Snitch, notably on ‘The Fear’ with its tumbling keyboard and Zach Hill’s intricate, over-the-top drumming. ‘Streaky’ may be one of the most danceable tracks in the band’s whole discography, and there are some genuinely catchy moments throughout the album – a bizarre sentence in the context of the band.

Death Grips’ previous album, 2016’s Bottomless Pit, showed that the band can be as good as they ever were – if a little less interesting after around six years on the game. Thankfully, this is not the case with Year Of The Snitch. The quality is still consistent, yet those batshit little touches that set Death Grips apart are here in abundance. The spoken word sections on ‘Dilemma’ and ‘The Fear’ (“I don’t know dude, I just drink blood dude”) are head-scratching, and MC Ride’s vocals are as schizophrenic as ever. ‘Flies’ counterpoints bellows with deadpan asides, and he leers about murder on ‘The Fear’, whilst remaining furious and incoherent.

Despite forging a career through shock tactics, the band still manage to disgust with Year Of The Snitch. An outrageous video for the track ‘Shitshow’ was uploaded to YouTube a few days before the album’s release, only to be removed soon after for breaking the platform’s standards. The video can now be viewed on Vimeo, and it is easy to see why YouTube felt the need to remove it. The lyrical themes are familiar – sex, drug use, relationships – but MC Ride’s bile and rage is on a par with albums like The Money Store. Many of the songs’ meanings are cloaked beneath sickening metaphors and a ton of expletives. “We nurse the worm until it swells, eat it like the devil’s c***” features in a song about Linda Kasabian, the main “snitch” in the Charles Manson murder case (The album’s leak fell on Kasabian’s birthday, leading to theories that she is the titular “snitch” and that the record is a tribute to her). ‘Hahaha’ also features some awful lines, a little too choice to be reprinted here, in MC Ride’s signature style.

With Year Of The Snitch, Death Grips have reclaimed their position as the ringleaders of music’s most repulsive travelling freak show. What makes them great is their absolute ingenuity in fusing so many styles, topped off by MC Ride’s inimitable persona, and coming out with a clear-eyed vision and unwavering confidence in their own sound. They remain one of the most important, original, and intense groups in music today. (8/10) (Louis Marlow)

Listen to Year Of The Snitch by Death Grips here via Spotify, and tell us what you think below!