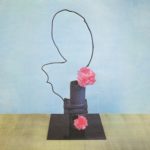 Historically speaking, Australia has never fully been able to keep hold of its reputation of being a regular breeding ground for quality popular music. Recently going to spectacularly impressive lengths to prove us wrong, it seems the Aussies have finally got their act together by giving birth to Tame Impala, Courtney Barnett, Pond and Jagwar Ma to name just a few. Although Methyl Ethel‘s debut Oh Inhuman Spectacle doesn’t quite yet place them level with their more established Australian counterparts, the band’s potential to blossom in the future proves to be almost inevitable.

Hailing from the comparatively isolated western city of Perth, Methyl Ethel fuses old school psychedelic rock with the ambient smoothness of modern dream pop. If it weren’t for Oh Inhuman Spectacle’s often-predictable melodies and needlessly repetitive lyrics, I’d have made comparisons to the blissfully comforting experience of listening to a Radiohead album in full. However, single ‘Rogues’ is unfortunately a perfect example of how you can make The War On Drugs sound overly melancholy and fundamentally boring.

But this isn’t always the case. Though at times, tracks such as ‘Depth Perception’ sound familiar to the soundtrack of the dodgy ‘90s documentary on the solar system you watched during GCSE psychics, the feeling of levitating calmness is enough to pierce the consciousness of any serial daydreamer. Oh Human Spectacle reiterates the recent Australian fondness for dreamy psychedelia and is a solid debut, but in future the band must explore more intricate and engaging methods of doing so before receiving any greater praise. (6/10)

Listen to Oh Inhuman Spectacle here via Spotify, and tell us what you think below!