REVIEW: Mercury Rev – ‘The Light In You’ (Bella Union) 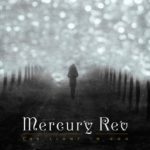 Front cover of ‘The Light In You’

For indie fans of a certain age, the mention of Mercury Rev will get them misty-eyed through reminiscing. Sharing an experimental, dreamy pop aesthetic with the likes of The Flaming Lips but unfairly overlooked as a kind of junior partner, their 1998 masterpiece Deserter’s Songs rightly swept the end-of-year critics lists, and its underrated follow-up All Is Dream in 2001 was very nearly as excellent. However, they suffered from diminishing commercial exposure as the noughties wore on, and this ninth album The Light In You is their first album since 2008’s unremarkable Snowflake Midnight.

Anybody hoping for a return to their chaotic early albums, which saw them get booted off the bill at Lollapalooza for being so noisy they drowned out Tool (!), will be disappointed, as Jonathan Donohue and Grasshopper focus on recreating the same sweeping majesty of Deserter’s Songs (the deluxe re-release of which they toured extensively four years ago). As a comeback, this is more about being self-referential than it is about rediscovering their basic principles, which is somewhat underwhelming at first. However, Mercury Rev are doing so without the assistance of their long-term collaborator and producer Dave Fridmann for the first time in their career, working on The Light In You entirely by themselves.

Donahue’s fragile, helium vocals are as striking as ever they were, dusting the lush, orchestral arrangements with a hint of magic. On the mid-album duo of ‘Coming Up For Air’ and ‘Autumn In The Air’, Mercury Rev seem to transport you to a place where time has stood still, conjuring up a very specific feeling of space and time while using lyrics very economically. These highlights could easily have sat on All Is Dream, but there’s not many other tracks that can quite match up to their glory days. Lead single ‘Are You Ready?’ provides a neat twist on their normal operating procedure, channelling the psychedelic ‘60s in a big way as Donohue sings “you can dance to the pretty things” with the kind of abandon that’s remarkably different to his careful, measured style. It’s most unlike Mercury Rev, as is the groovy Nuggets/soul gem embossed with saxes and trumpets.

Elsewhere, The Light In You sees them stick to the things they know how to do, and does them well. Opener ‘The Queen Of Swans’, with hints of clarinet and the vaguest sense of Tchaikovsky and ‘The Nutcracker’ built into its string arrangements, is exactly the kind of trippy, Beach Boys-influenced pop fantasias they’ve been doing for the best part of 20 years. The same goes for the beautiful ‘Central Park East’ and the cinematic sweep of ‘Amelie’, two other moments of solidly dependable work. It’s great to have Mercury Rev back, but The Light In You mostly plays it safe and certainly won’t be counted as one of their very best works. (6/10)

Listen to The Light In You here!