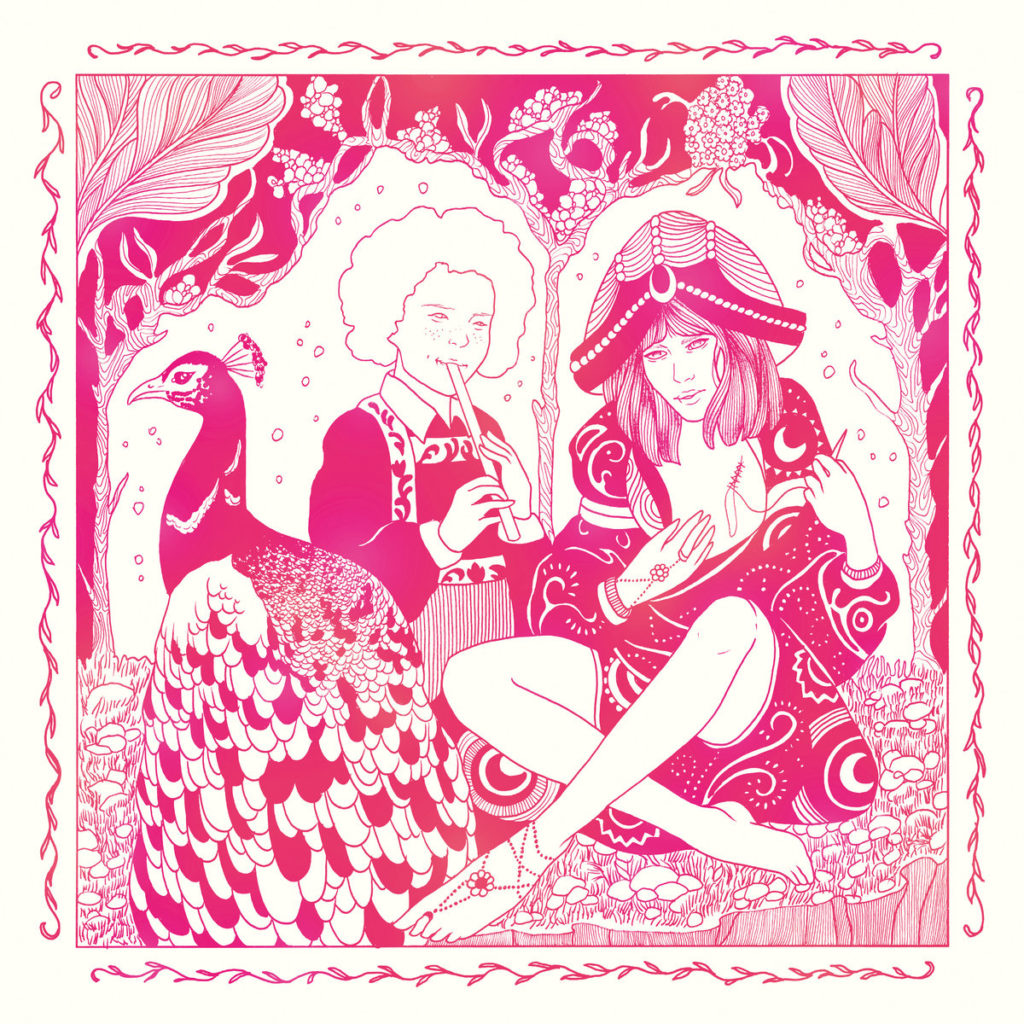 Melody Prochet uses ‘Bon Voyage’ to showcase a quite different Melody’s Echo Chamber than the one we remembered from six years ago.

It’s no secret that Australian bands such as Tame Impala and King Gizzard & The Lizard Wizard currently dominate the field of neo-psychedelia, but that’s not to say that it doesn’t exist elsewhere. European counterparts, the Swedish experimental enigmas Goat, and the French artist Melody Prochet’s project Melody’s Echo Chamber proves that psychedelia thrives outside of Down Under and transcends its 1960s origins.

After only the first few minutes of Bon Voyage, the sophomore album of Prochet’s project, it is clear that is much more experimental and consequently less accessible than her debut album, Melody’s Echo Chamber, released way back in 2012. While retaining her trademark haziness and trippiness (in part to be credited to the production of Tame Impala’s Kevin Parker, her boyfriend at the time) alongside her bewitching soprano vocals, Prochet has produced this record by herself and goes beyond the classic combination of guitars, drums and synths on Bon Voyage, evoking an entire encyclopaedia of musical instruments and genres. While it may require more engagement than her debut, due to its complexity of constantly shifting styles, sounds and languages, it is a much richer and more cathartic listen.

Typically, each track goes through many stylistic changes, which at first does seem disorientating but very quickly becomes enticing and alluring. The opening track ‘Cross My Heart’ opens softly with Prochet’s warm vocals above bass, strings before rapidly shifting to a mind-blowing amalgamation of beat-boxing, flutes, tribal drumming and a funky staccato guitar riff. The language of the lyrics then shifts to her native French, which for an English listener adds to the mysticism and other-worldliness of the track. The track then shifts again to a clean guitar riff before going back to the intro and then a flute solo, followed by a soft guitar solo before the guitar tone becomes louder, rougher and fuzzier against the subtle yet piercing back ground synths. It’s easy to assume that these wild and unpredictable combinations would sound messy and chaotic, yet Prochet weaves them together with such beauty and purpose.

Melody described the album as a “kind of modern fairy-tale of duality” which is central to the constantly contrasting sounds and tones. ‘Breathe In, Breathe Out’ powerfully reflects the trauma and recovery after Melody’s traumatic accident which birthed the album. Alternating between a beautiful sense of frustration, ‘God, it’s been so long, there must be some kind of light to come’ with hopefulness through the later upbeat bass line and whirling guitar. On ‘Visions Of Someone Special, On A Wall Of Reflections’ the style shifts from the classic combination of guitar and bass with Prochet’s soft hazy vocals to an ethereal, soft minimalist instrumental of heavenly synths, before her fast vocal line mirrored by the Eastern melodies of the guitar. And then, lastly, a huge shift to a dark pool of slow mellow synths. These striking changes within the tracks creates a sense of timelessness which adds even more to the magic of Melody’s Echo Chamber.

On ‘Desert Horse’ a driving Eastern bass line joins the opening hazy synths with a huge variety of mystical Eastern instruments before a loud guitar riff joins against side the distorted screams. It’s heavily reminiscent of King Gizzard’s experimental album Flying Microtonal Banana which developed deep into the sounds of the Orient via micro-toning, sounds which are almost unheard of in Western music. This track has so many stylistic changes they literally happen within the same verse. Whether that’s Melody’s heavily auto-toned vocals combined with soft beat boxing, to a Sleigh Bells-like electric drum-beat, a Swedish scream or a fast jazzy bass line, it is this eccentricity and bravery that makes this album such an incredible piece of art. ‘Var Har Du Vart’ provides a brief but needed rest-bite after the wild madness. A much more simplistic track, of Melody’s enchanting French vocals framed solely by acoustic guitar, like a soft campfire song.

‘Quand Les Larmes D’un Ange Font Danser La Neige’ is the most emotive and cathartic tracks on the album. It opens by cleaving very closely to the soft dream-pop of her debut before leading to fast and powerful drums against Melody’s almost wounded voice and piercing high strings. It briefly turns dark, like a bad trip, with a harrowing, almost disturbingly distorted spoken-word section before returning to the orgasmic beauty of vocals, synths, drums and a ringing guitar solo, creating such an intense sense of drama and pain.

Bon Voyage represents the freedom of the psychedelic genre, and its eccentricity and experimental nature shows the newfound bravery of Melody Prochet, striking out entirely by herself second time around. She vividly elevates herself beyond the classic, and to an extent, repetitive dream-pop of her debut and takes you down the rabbit hole of her mind. (8/10) (Sandie Garland)

Listen to Bon Voyage by Melody’s Echo Chamber here via Spotify, and tell us what you think below!