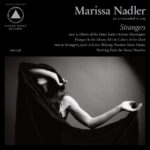 It took six albums for Marissa Nadler to find her true voice and there is no better attribution to that than the Bella Union record label which housed the 2014’s record July, a breakthrough for the singer. Since that record, Nadler has found her style as a pop virtuoso set to a brilliantly descriptive backdrop and that is never more present than in seventh record Strangers. It’s a wonderful album beset by ambient backing and a vocal delivery which Lana Del Rey could only dream of. Single ‘Katie I Know’ is a superb piece of dramatic pop with acoustic guitars which build upon its strings to create a grandiose virtue of pop supremacy.

Meanwhile on the record, there is the excellent vulnerability of ‘All The Colours Of The Dark’ a track which thrives on its melodramatic nature and continues to highlight the superb vocal of Nadler and only continues to serve as an example of the elegance that is Strangers. The record thrives in its unique nature of sounding so big, yet intimate. ‘Janie In Love’ is an excellent attempt at pop-meets-soundscaping backdrop. The delicacy that is built upon in the pulsating band and the vocal is one of the real standout moments of the album and is a great example of what Nadler does continuously during Strangers’ 45 minutes.

If there were a slight niggle with Strangers it would be its lack of finding a wider sound; throughout its length the question of ‘when will the dramatic style be replaced?’ is a constant – but when Nadler has perfected the art of drama in music so well, circa Anna Calvi, it is a small criticism. Strangers is the sound of somebody completely at comfort with their style – and, at album seven, it is fair to stay that by combining an ambient pop sound that most can only attempt – it is an art which has been perfected. (8/10)

Listen to Strangers here via Spotify, and tell us what you think below!