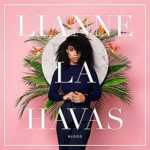 Following her well-received 2012 debut Is Your Love Big Enough?, an album of spritely, largely acoustic numbers, British-born singer Lianne La Havas has been plotting her next move carefully in order to find a different home for her versatile voice. Over the last three years, she’s been getting in touch with her Jamaican and Greek roots to produce Blood, an album seeking to channel that sense of mixed ancestry and spiritual belonging into a melting pot of music. There’s quite a lot more variety on offer in comparison to her debut – La Havas herself says that the common link is “the feeling of who you are and where you come from” – but it feels too much like a box-ticking exercise to hit certain keywords like ‘confessional’.

This isn’t to say that Blood isn’t rather lovely in places. First track ‘Unstoppable’ is a piece of abstract, brooding funk cloaked in a rather downbeat atmosphere of synth. It’s certainly not the upbeat opener you would expect, but it sets an interesting tone that the rest of the record doesn’t quite match. It’s followed by the moody ‘Green And Gold’, conveying the thematic sense of identity crisis, and the R&B / doo-wop / jazz feel of single ‘What You Don’t Do’. The glossy neo-soul of ‘Midnight’ is a lustrous standout, and ‘Never Get Enough’, with its clipped, powerful drum rushes, is a genuine oddity. But for every moment like these there’s a faceless, advertisement-ready piece of fluff like ‘Wonderful’ or the closer ‘Good Goodbye’ that passes by without you really noticing.

Where Blood becomes frustrating is that, quite often, good lyrical ideas are not matched by the music, or vice versa. ‘Tokyo’, for instance, features a full-bodied bass riff but little else, or the interesting themes about assertiveness and confidence on ‘Grow’ let down by an uninspiring, bog-standard acoustic backdrop. La Havas’ voice is perfectly pleasant, and Blood is mature and sophisticated in a distinctly old-fashioned sort of way – the trappings of modernity don’t even vaguely creep into the album – but it all adds up to slightly less than the sum of its parts. Aside from a couple of moments of quality which are certainly worth plundering for a playlist, all the arrangements are slightly too calculated, sterile and risk averse to be truly special. (5/10)