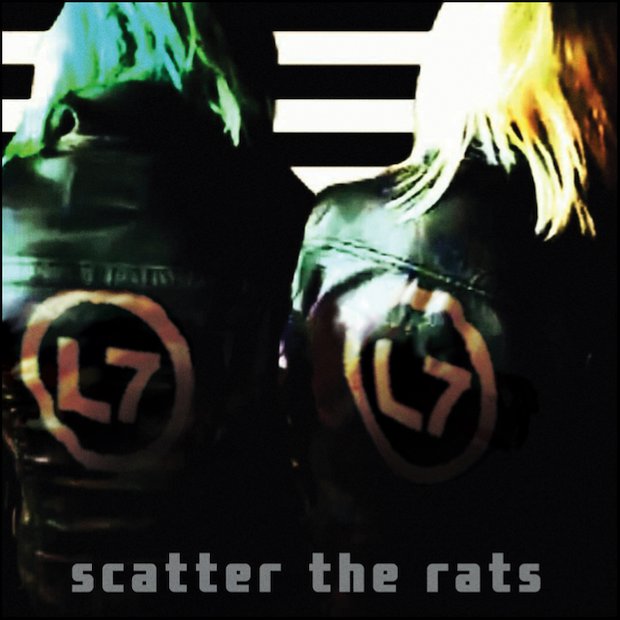 ‘Scatter The Rats’, the first L7 album in 19 years, still packs the punk thrills of old in places but isn’t a great representation of their true power overall.

Scatter The Rats sees the return of the legendary L7 to the recording studio after very nearly two decades. The band first rose to fame in the late ‘80s and early ‘90s, when grunge was at its peak, with (still) much-loved tracks such as ‘Pretend We’re Dead’, ‘Everglade’ and ‘Shitlist’, on top of their legendary 1992 album Bricks Are Heavy. After parting ways in the early 2000s, L7 reformed in 2014 and still pack the same punch as they did 30 years ago, and Scatter The Rats exemplifies the legacy of both L7 and grunge, and shows that they still sound just as great as they did back then.

L7 have always offered a somewhat harder-edged sound compared to many of the bands associated with the Riot Grrrl movement of the same era – Bikini Kill, Huggy Bear, Sleater-Kinney et al – and offered a much needed female voice to the rather testosterone-heavy grunge scene. Scatter The Rats is a fun album that remains authentic to the original L7 sound that translates the band well into 2019. It kicks off with the incredible lead single ‘Burn Baby’ which immediately wins you over. It admittedly sounds like an updated version of ‘Pretend We’re Dead’, it’s a great track nevertheless, the sign of a band knowing their strengths and playing to them. Other stand out tracks include ‘Cool About Easy’ and the closing title track ‘Scatter The Rats’. However, it does feel unfortunate that the best songs are at the very beginning and the very end of the album.

Scatter The Rats is bookended with great tracks, but unfortunately seems to fall a bit flat in the middle and lose direction. While it does more or less carry the L7 sound and attitude into the 21st century, it’s a shame to admit that it does feel a bit like the band are slightly off their game. Fundamentally, there isn’t anything necessarily wrong with Scatter The Rats, it just doesn’t quite have the same energy, or manage to get us to that level of excitement as their earlier records.

This being said, it does illustrate that L7 are a band that still have a long way to go. Ever politically motivated, many tracks show that the band are not done yet – there is still a lot to be spoken (or shouted) about, and while it may not be the most exciting of L7 albums, it doesn’t feel like the band are going to run out of steam, or things to say, anytime soon. For their first album in 19 years, Scatter The Rats is a comfortable listen with a handful of great tracks, but doesn’t take anything to a new level for existing fans. For newcomers, it offers a solid glimpse into what the band are about, however it would be recommended to explore their older albums to see L7 at the peak of their powers. (5/10) (Jesse Casey)

Listen to Scatter The Rats by L7 here via Spotify, and tell us what you think below!