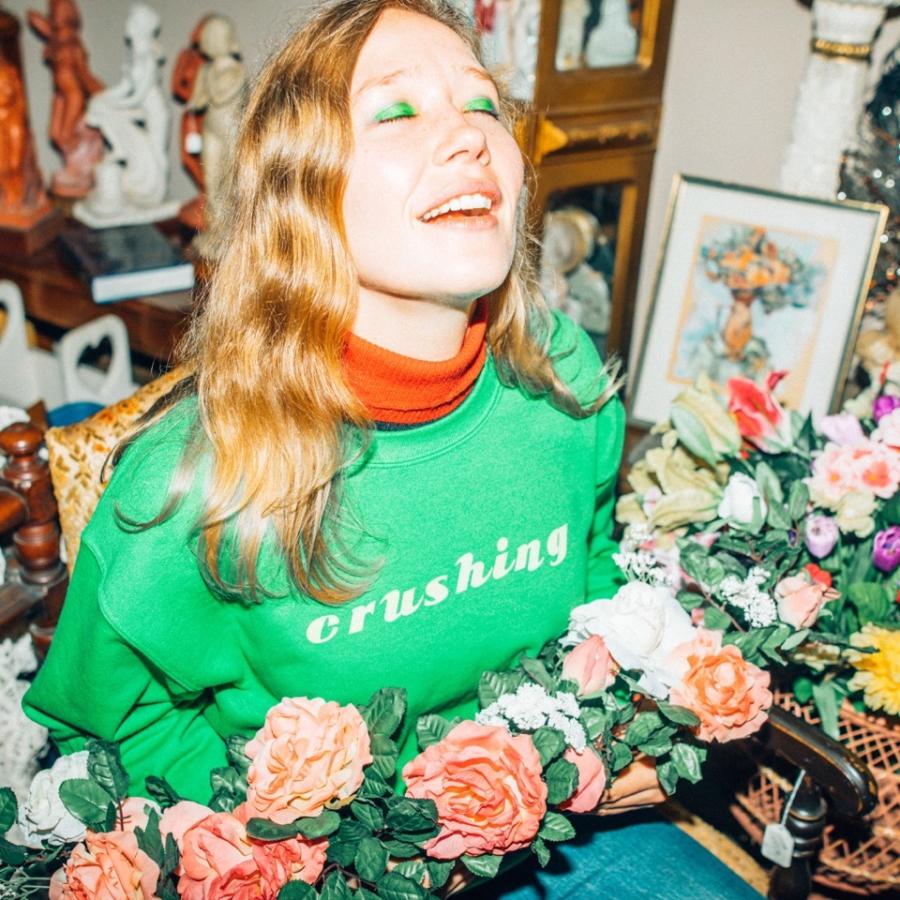 Perfectly capturing the human experience of love, heartache and the struggle for autonomy, Julia Jacklin’s sophomore album ‘Crushing’ is an emotional triumph.

Soft-voiced Australian singer Julia Jacklin dropped her newest album Crushing last Friday. Following an already strong folk effort in the shape of her debut album Don’t Let The Kids Win that reached our ears in 2016 and ruminated themes of ageing and achievement in the 21st century, Crushing is a mature songwriting achievement for the 28 year old performer. Lined with mementos of a relationship long lost, the songs on Crushing both whisper and soar as they manage to not only paint the most vivid scenes of heartbreak, reclaiming one’s body, headspace and healing in moments of vulnerability, but cement Jacklin’s spot in imaginative and touching songwriting that leaves a lasting impression.

Julia Jacklin’s first album Don’t Let The Kids Win was born from anxieties of being in your mid-twenties and not achieving anything worthwhile, but Crushing comfortably settles on the shelf of ‘breakup albums’, willingly rather than with bitterness. The aforementioned label is often ‘prescribed’ for female songwriters, especially in the sort of folk genre, if their material even fleetingly mentions failed relationships, and are almost looked down on at times. Yet Jacklin seems to embrace this with open arms – her voice throughout the album ranging from a gentle whisper to a self-affirming roar in Jacklin’s specific timbre, both literally and figuratively, she reasserts independence after the unravelling of an intimate bond and gifts us with striking and relatable images of disappointment and, at times, being borderline pathetic in the form of soothing songs.

Being autonomous and fully in control of oneself seems to be a recurrent theme on Crushing,whether it’d be independence of body, heart or head. Tracks like recent single ‘Pressure To Party’ have been said to be Jacklin’s “three-minute scream, saying I’m going to do what I need to do, when I need to do it” in regards to setting oneself off on the right path of healing after a breakup. The opening track ‘Body’ is a slow-burning, brooding “long and exaggerated sigh” born out of feelings of powerlessness in choosing how one represents themselves personally and professionally, as Julia Jacklin told NPR. The lyrics paint a painfully familiar sentiment for a lot of females in the modern age, as she sings: “I remembered early days / When you took my camera / Turned to me, twenty-three / Naked on your bed, looking straight at you / Do you still have that photograph? / Would you use it to hurt me? / Well, I guess it’s just my life / And it’s just my body”. Instrumentally it’s supported by minimalistic, yet menacing strumming of a guitar and merely a kick drum as Jacklin’s timbre and storytelling takes the centre stage, which pervades the whole record. “Seeing the whole picture” of oneself is discussed in the following track ‘Head Alone’ as well, yet musically it picks up the tempo and launches into a happier stride accompanied by melodic guitars.

Moments of vulnerability and almost cunning smugness of liberation can also be found on Crushing. ‘Don’t Know How To Keep Loving You’ is an aching ballad where Jacklin flaunts her melody writing skills, tightening one’s throat with the sentiment of knowing your loved one so well that loving them becomes a task, requiring endless effort that does not pay off in the most hurtful of ways. ‘Good Guy’ finds the hero of the song pleading a one-night stand to profess love to them, because their loneliness is too heavy a burden to carry by themselves. Here, we find yet another great melody that sticks around in your head for a while, showing off the delicacy of Jacklin’s voice as she sings “Tell me I’m the love of your life/ Just for a night/ Even if you don’t feel it”. On the flipside, the up-tempo boogie ‘You Were Right’ metaphorically sticks its tongue out at an ex-lover for always trying to dictate their taste on music and food. It ends on a liberating note, a note of moving on and “feeling like myself again”.

Crushing is a series of relatable, visually and musically stimulating songs adorned with Jacklin’s signature timbre, without residing on polished production to do the work. Amongst her peers Aldous Harding and Angel Olsen with a sprinkle of inspiration from Fiona Apple, Julia Jacklin stands out with her precise ability to capture the exact emotion of day-to-day interactions that foreshadow the twists and turns of the dramas of our own lives. One could only wish Jacklin would step up her instrumentation game, but that’s a concern for her third album – for now, her songwriting skill is growing exponentially, and gifting us with tracks that perfectly capture the human experience of love and the struggle for autonomy. (8/10) (Aiste Samuchovaite)

Listen to Crushing by Julia Jacklin here via Spotify, and tell us what you think below!