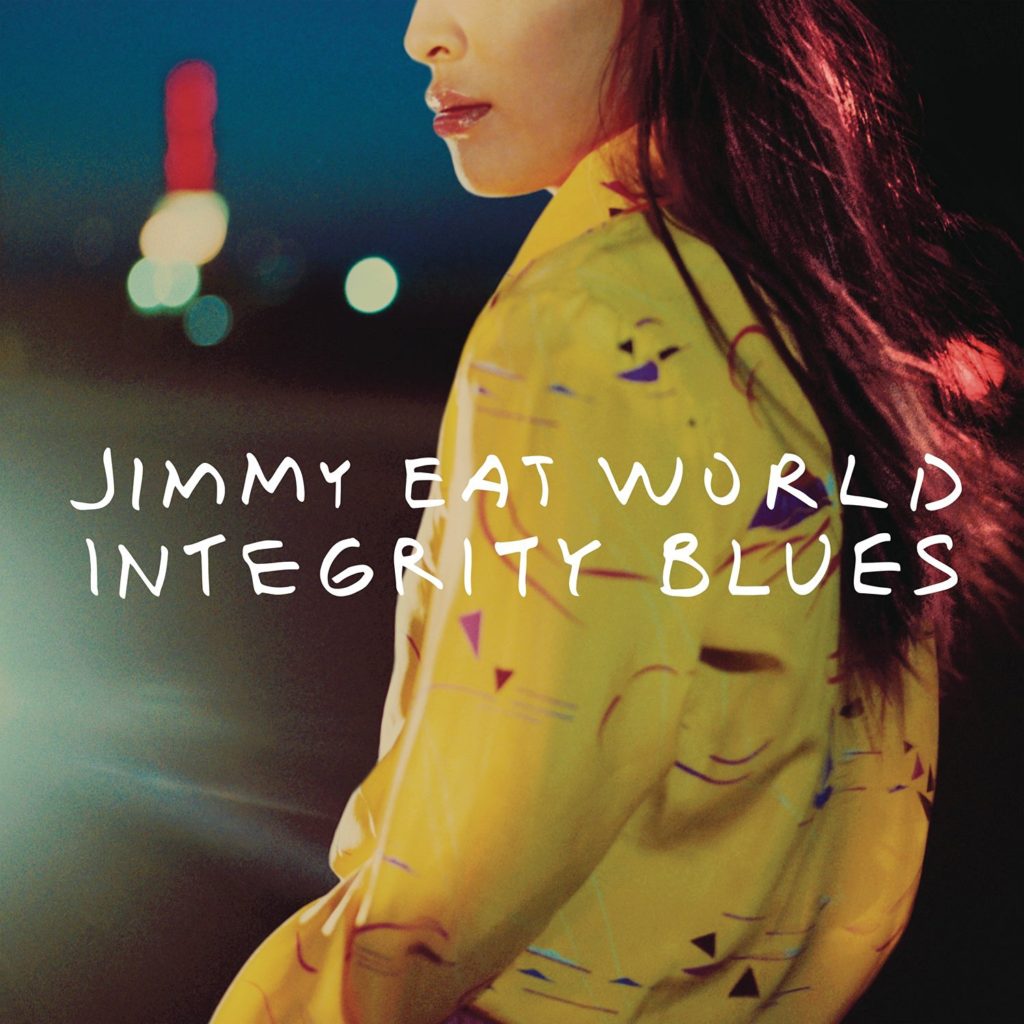 Integrity Blues, the ninth album from American rock band Jimmy Eat World, sees a more reflective side to the band -in spite of a few missteps.

Even though it’s been two decades since Jimmy Eat World’s debut, Jim Adkins, Rich Burch, Zac Lis and Tom Linton have managed to record an LP that sounds fresh and exciting. Their ninth studio album has a magnetic quality to it, as well as depth that seems to reflect the band’s experience and confidence in their abilities. The result is Integrity Blues, a sonically cohesive and very well produced album that will satisfy both old and new listeners.

It would be really hard to pick the best song on the album since they mostly all offer something that makes you want to come back for more; ‘Sure and Certain’ has an anthemic character, whereas ‘You Are Free’ and ‘The End is Beautiful’ are wrapped in melancholy. The emo vibe can also be found on ‘Pol Roger’, which closes the album in a bittersweet way. Elsewhere, ‘Pass the Baby’ is an evolving track that surprises with its sudden change of mood and dynamics. Jimmy Eat World have also found a way to combine their reflective and poignant lyrics with an uplifting and almost angelic arrangement on ‘It Matters’, a song that will definitely resonate with those who know what it feels like to have their heart broken.

Integrity Blues leaves of lot of space for the listener to reflect on their own heartache and hardship. It is an extremely accessible and relatable record, making it really easy to immerse yourself in the nostalgic lyrics and melodic choruses. The whole scenery of the album is grey and blue, with a philosophical approach to the journey that is life, but not without a bright side to it. Jimmy Eat World combined some of their greatest strengths, and as frontman Jim Adkins promised, the album is a “mixture of everything that you can expect […] guitar, heavy riff, jam, rock” that is also “moody and atmospheric”.

But what do you think? Listen here and comment below!

After 17 years, Phil Elverum resurrects The Microphones for a…

After 17 years, Phil Elverum resurrects The Microphones for a beguiling, cryptic album consisting…