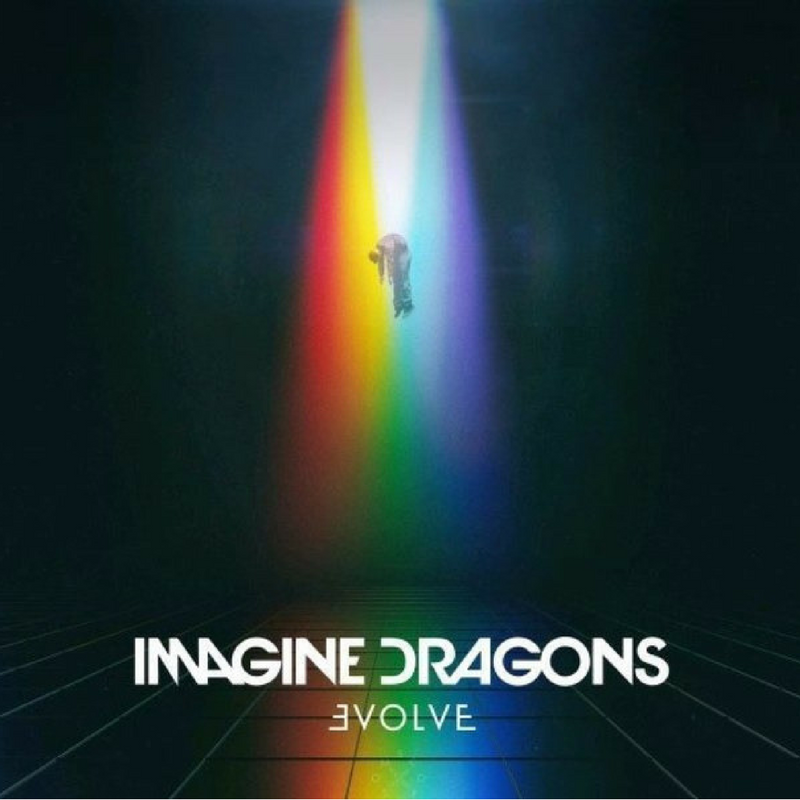 Despite the title, Imagine Dragons show absolutely no sign of moving forwards from the shiny, anthemic bombast of their previous albums.

Even though five years have passed since Imagine Dragons hit multi-platinum with that song, the Las Vegas-based band doesn’t seem to acknowledge the inevitable flow of time. For the past few years, they’ve been consistently delivering music which pleases many a casual pop fan, but doesn’t make any long-term impact and doesn’t evolve in any specific direction – case in point, their dull-as-dishwater sophomore effort Smoke + Mirrors. Their newest record, Evolve, presents a mixture of influences from different genres, but similarly to their previous releases, fails to create something worthwhile and gripping.

As always, Imagine Dragons try to grab the listeners’ attention with a well-known anthemic sound which they have mastered almost to clinical levels of perfection. ‘I Don’t Know Why’ and ‘Whatever It Takes’ open Evolve in a familiar way, introducing a cross-over of pop, rock and electronic music. On ‘Believer’, Dan Reynolds screams out the story of being “broken from a young age” and “seeing the beauty through the pain” which unfolds into a triumphant chorus with multi-tracked vocals spilled over an almost palpable rhythm section. ‘Walking The Wire’ is a power-rock ballad constructed in a similar way to the previous song, but with a slightly more melancholic and weeping mood, which unfortunately sounds far from authentic or innovative.

On ‘Yesterday’ Imagine Dragons try to channel their inner Lumineers, incorporating some folk vibes into the song. Surprisingly, or perhaps not, the song doesn’t sit well within the whole frame of the album, contributing to the overall notion of Evolve being a record lacking guidance and creative control. ‘Mouth Of The River’ is yet another song which depends on the appealing quality of the chorus, which contrasts heavily with the rest of the verses, creating an uplifting atmosphere, which dies down as quickly as it was brought up. The following track, ‘Thunder’, is probably one of the lowest points on the record, which makes it even harder to believe that the band chose it to promote the album as one of the singles. Shortly after that, Evolve ends on an ‘emotional’ note, resembling Coldplay as Reynolds weeps about “dancing in the dark”, while not really giving anything else through the song’s scarce arrangement and lyrics.

Half a decade ago, Imagine Dragons stumbled upon a formula which let them become one of the breakthrough acts of the year and gain sensational popularity. In 2017, and with the release of two more LPs, their sound does the exact the same thing it always has, and it’s not even come vaguely close to emulating the success of ‘Radioactive’. Evolve shows Imagine Dragons to be relatively consistent, but their music leaves the listener oddly unsatisfied and disappointed. (4/10) (Alicja Rutkowska)

Listen to Evolve here via Spotify, and tell us what you think below!