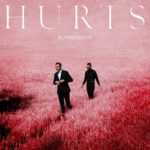 Manchester synthpop duo Hurts, consisting of Theo Hutchcraft and Adam Anderson, return with their third album Surrender, two years after Exile which charted at a rather disappointing Number 9 in the UK album charts. Back when they started, their singles including ‘Better Than Love’ and ‘Wonderful Life’ did particularly well in the UK and even better in Germany, so this slump in commercial fortunes was unexpected.

However, with Surrender, Hurts now seem intent on matching this commercial downturn with an artistic one. This record takes the synth elements of their previous two efforts and moulds it into stale, commercial pop music. Playing fast and free with elements of Bronski Beat, Bros, Erasure and Eurovision, the revivalist novelty of Hurts feels terribly outdated and their ‘X Factor’, montage-style ballads fall foul on Surrender. The ‘80s feel is far too calculated – even though their visual aesthetic is still compelling.

Produced by Stuart Price and Ariel Rechtshaid, the album’s first single ‘Some Kind Of Heaven’ achieved Number 6 on the Polish charts, which should give some indication of the album’s popularity in those traditionally unfashionable markets for British groups. But there’s a major issue on Surrender. Whilst maintaining the sultry atmosphere of Happiness and Exile, they have combined it into a kind of nightmarish EDM-pop which feels utterly guileless and totally contrived, as if it’s been focus-grouped into existence by major label committees. The title track is admittedly a promising opener with gospel vocals and an epic chorus, but this is spoilt by ‘Some Kind Of Heaven’ and ‘Nothing Will Be Bigger Than Us’. The later featuring a repetitive “woah-oh” chorus backed by a Calvin Harris influenced sample with a dose of Europop charm. The flamboyancy of the funk-inspired ‘Lights’ doesn’t entertain and almost sounds like the duo are working on auto-pilot, and is half-baked and cliché-ridden.

The worst offender is new single ‘Wish’ which delves into a Paul Young-Gary Barlow-Sam Smith crossover treatment. ‘Perfect Timing’ comes in close second with a Midge Ure vocal influence which sounds second-rate and lacks originality. ‘Policewoman’ concludes the album with a hymnal soundscape backed by an impressive vocal range from Hutchcraft, and is one of the very few positive moments on the record. This is such a disappointing effort from Hurts, a band that came out of nowhere in 2010 to prove that heartfelt, sincere pop was not passé. Surrender is the sound of a band facing an identity crisis and in need of a stylistic overhaul. (4/10)