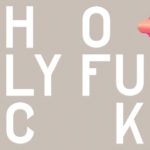 When Holy Fuck emerged onto the scene way back in 2005, their approach was more or less completely different to anybody else on the electronic music scene, setting them apart even in a field containing LCD Soundsystem, Crystal Castles and Hot Chip. Eleven years later, their style has become much more commonplace, with dozens of artists cleaving to their template of pulverising rhythms and gibbering, disintegrating synths – although perhaps not to their initial set-up of having two drummers! So the Toronto four-piece’s fourth album Congrats, also their first in a rather long time, since 2010’s Latin, is how to stay ahead of the curve and retain their identity.

‘Xed Eyes’ is totally irresistible, its glitchy yet undeniably funky sound recalling Brian Eno & David Byrne’s My Life In The Bush Of Ghosts updated for the ‘10s chiptune / 8-bit era. It’s one of three real hard-hitters on Congrats that recall their earliest recordings, the others being the club-based cut ‘Acidic’ with its masked yet soulful vocals and a cavalcade of weird effects, and the rumbling, over-driven opener ‘Chimes Broken’. Holy Fuck even display a more tender side to themselves with the resplendent ‘Shivering’, whose cold synths float airily above a much more regular rhythm.

Unfortunately, the record loses its way just before the halfway mark, with almost all of the middle of Congrats feeling slightly underwhelming. The stilted funk of ‘House Of Glass’ doesn’t develop on its idea, and the soft groove of ‘Neon Dad’ is totally disposable, while ‘Sabbatics’ threatens to explode but doesn’t actually reach detonation point. In the past, Holy Fuck ran riot with their ideas, not so much exploring them as ravishing and then bludgeoning them to death. On Congrats, everything unfolds (or rather, doesn’t) at a more sedate and polite pace, the tracks setting themselves up nicely but failing to really go anywhere. Having said this, the views and soundscapes Congrats present to the listener are sometimes very pretty, and pleasant enough to simply listen to and lose yourself in as they remain stationary. (6/10)

Listen to Congrats here via Spotify, and tell us what you think below!