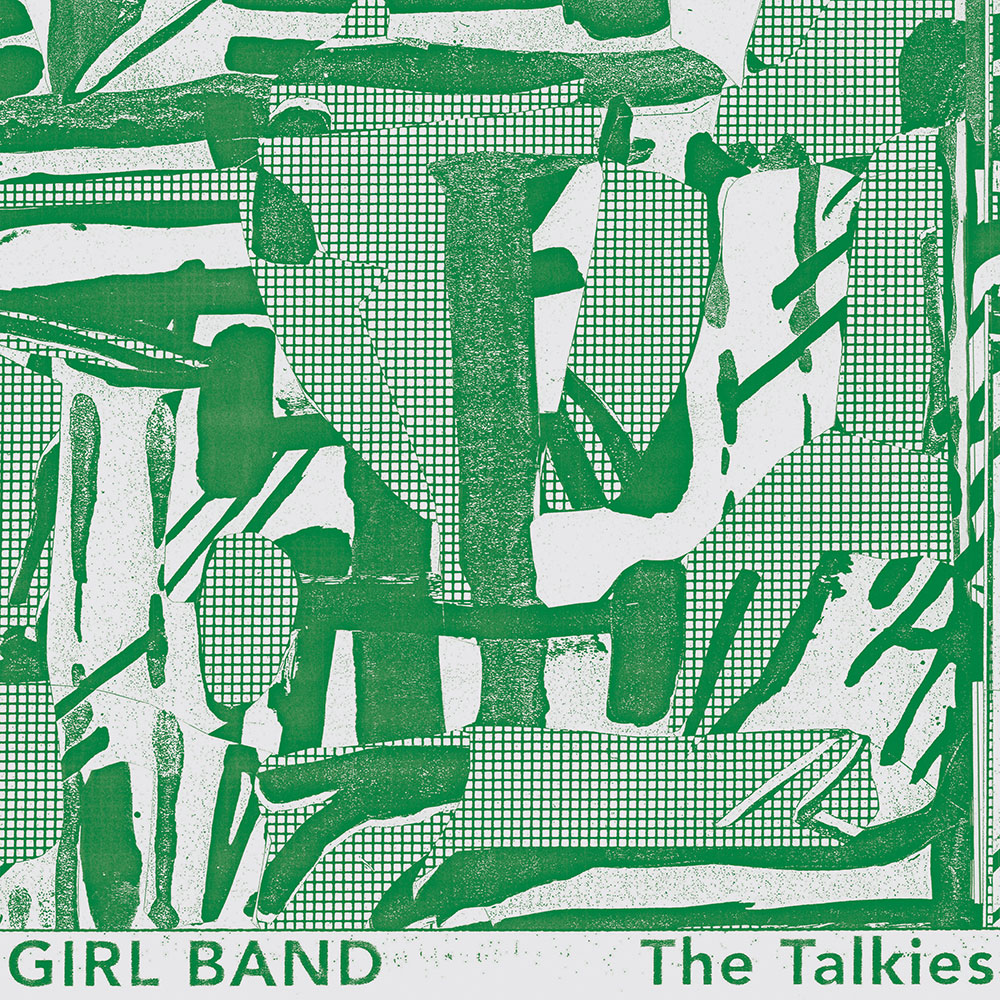 A quick heads up before going into Girl Band’s The Talkies: If you haven’t been acquainted with their music before, prepare yourself for a sonic bludgeoning like no other. The album comes four years after the Irish quartet’s pulverising debut Holding Hands With Jamie but, despite the lengthy absence, they’ve delivered with one of the year’s most complex and powerful records.

The band’s problems during the time they’ve been away have been well documented, particularly singer Dara Kiely’s struggles with mental health. Although they’ve since declined to discuss their issues in both their songs and interviews, The Talkies is defined by the sheer panic and anxiety Girl Band masterfully conjure. Guitars screech and gnaw, tugging at the senses with uncompromising ferocity. Bass shudders with an apocalyptic sense of doom, while the drums throb like an uncomfortable heartbeat that shows no sign of resting. The songs here are even more potent and gruesome than on their first album too. ‘Shoulderblades’, ‘Caveat’ and the gargantuan ‘Prefab Castle’ each have an industrial-techno pulse, which despite the murkiness, offers a surprisingly danceable slant. The rumbling ‘Salmon Of Knowledge’ cleverly bends structural conventions by opting not to erupt into explosive noise, while on ‘Laggard’, the tribal drums and guitars that sound more like sirens blaring through a factory thrillingly build towards a pounding climax.

But the glue that holds the album together is Kiely. Whether he’s barking with anguish or incomprehensibly babbling like on ‘Amygdela’, his voice surges through the surrounding chaos. Even when he’s not saying anything at all, he’s remarkably effective. Recorded during a panic attack he suffered in the studio, opener ‘Prolix’ sees Kiely breathe heavily over a chilling, sparse instrumental, setting the tone for what’s to come. Then there’s his abstract and often nonsensical lyricism, which only ramps up the sense of paranoia the record emanates. Amongst the absurd observations (such as “getting a semi in a Hot Topic sauna” on ‘Couch Combover’), there’s bizarre pop-culture references scattered throughout, from Zinedine Zidane to Ricki Lake. On ‘Aibohphobia’, Kiely chants nothing but palindromes on one of the most nightmarish moments on the album.

The Talkies is a confounding listen, but one that only grows more rewarding with each listen. It’s a hulking beast of an album, and even more bleak and experimental than its predecessor. There aren’t many bands making music that taps into the human psyche quite like Girl Band, and after the problems they encountered, it’s truly great to see them back. (9/10) (Matty Watkin)

Listen to The Talkies by Girl Band here via Spotify, and tell us what you think below!