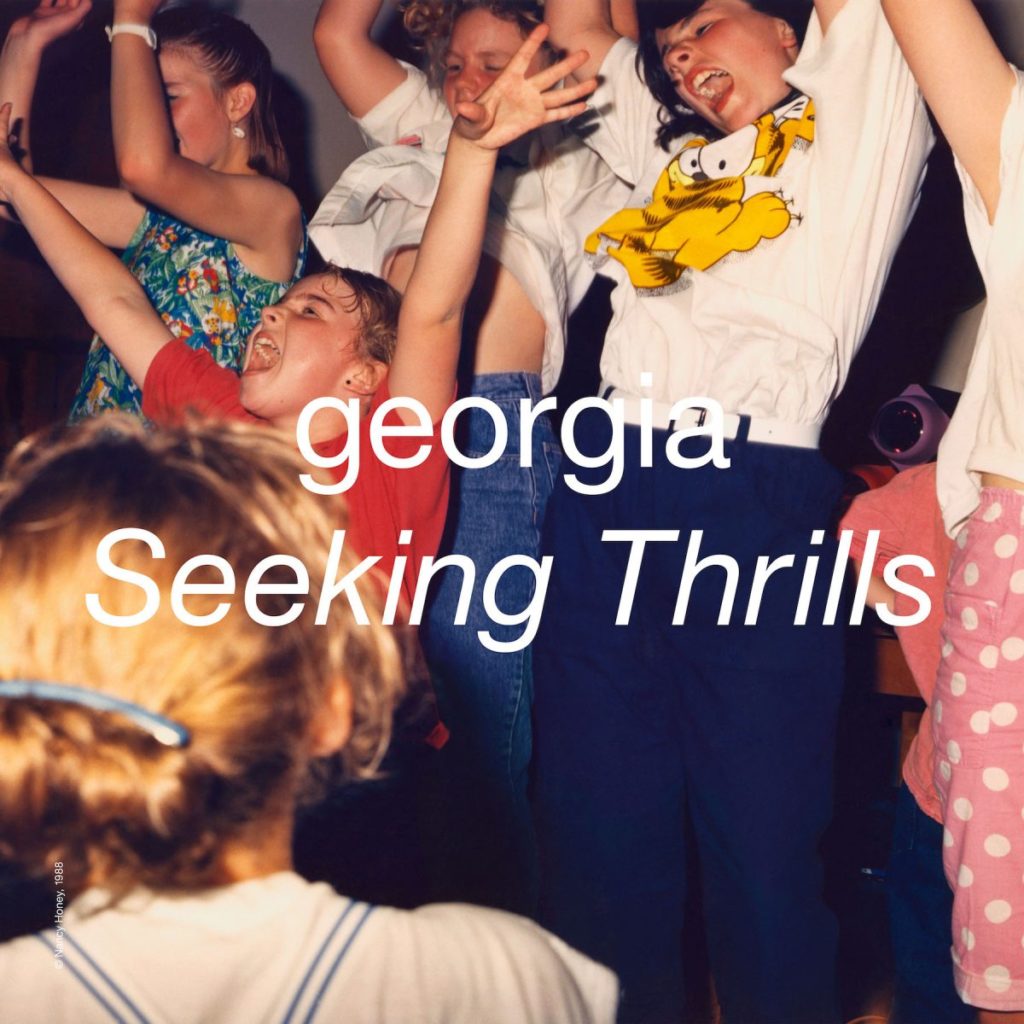 It’s been just under five years since London-born multi-instrumentalist and producer Georgia Barnes, known simply as Georgia, released her self-titled debut album, recording and producing the entire thing in her bedroom studio – a rather impressive feat. Establishing her style of electro-pop, with influences drawn from house to grime, Georgia exemplified a passionate young artist finding her footing in the ever-expanding world of electronic music. With her highly anticipated sophomore release, Seeking Thrills, as is the case with any devoted musician, the passing of time has resulted in Barnes’ personal and musical development, a fact that becomes apparent upon first listen.

Georgia’s sound has certainly matured; her production standards are now flawless, with every track delivering sufficient ‘pop’ punch without any over-polishing, and there’s nothing obnoxious about the tone this album sets which is a beneficial factor of self-producing your own work. Georgia’s music is entirely under her creative control. Her skills as a producer are also rivalled by her skills as a singer and instrumentalist – Barnes’ consistently smooth tone of voice complements her choice of eclectic synth textures, cutting through the mix to deliver clear and reinforced melody lines that soar above the almost rampant pace of the backing drum patterns, such as on tracks like ‘Never Let You Go’ and ‘The Thrill’. In terms of textures, Seeking Thrills gives a sense of ‘old meets new’ – Georgia’s fusing of both classic and modern synthesised tones displays her range of influences, and her ability to draw out similar emotions through contrasting sonic references. For example, the first track on the album ‘Started Out’ features heavy reference to late ‘80s Chicago house with the use of vocal delays and swelling synth chords and climactic drops, whereas the track ‘Feel It’ seems to focus on a mid-‘00s electro-pop tone, the opening chords reminiscent of Kesha’s ‘TiK ToK’.

There’s something about Seeking Thrills that feels a bit more alive, even a bit more positive in comparison to her debut. From front to back, it’s a celebration of un-self-consciously losing oneself to music, voiced through a combination of the musical styles that Barnes has drawn inspiration from to convey the love she has for her artform. However, despite its dancefloor influence, Seeking Thrills comes across more as music to aid socialisation, without anything too controversial or particularly risky. This is not to degrade the integrity of the music, but it certainly seems tailored to achieve widespread consumption over challenging artistic exploration. Having said that, Seeking Thrills feels quite honest, as though its conception was a very natural process, and sounds like an artist lost in the fun of creation, feeling more than comfortable with her style and sound. (7/10) (Jacob Kendrew)

Listen to Seeking Thrills by Georgia here via Spotify, and tell us what you think below!