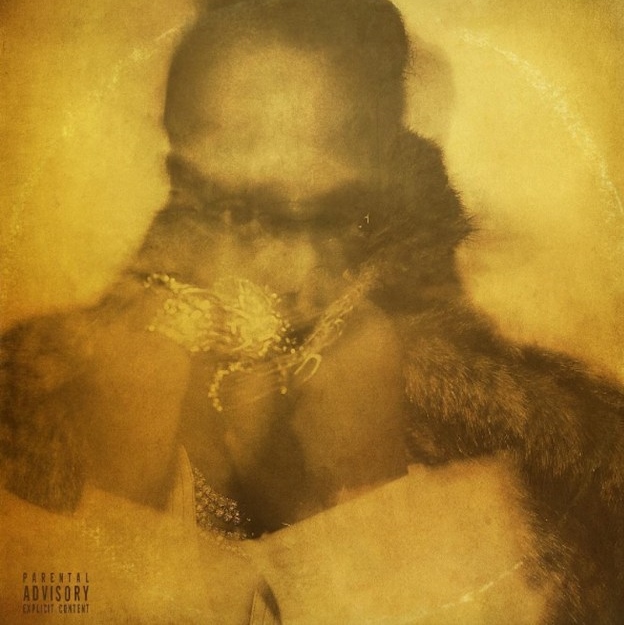 Despite the social media hype, Atlanta rapper Future struggles to make his own unique impact on the modern hip-hop scene with his latest project.

As is the norm nowadays, Atlanta rapper and Drake BFF Future took to social media to announce his latest album just days prior to its release, which was unsurprisingly met by hype from fans and the music press. And as promised, the 17-track self-titled album dropped on Friday, arriving after two of the 33 year old’s most busy and successful years, during which he’s toured the world, dropped his most commercially popular records, and secured his name as one of the most recognisable in the current scene of mainstream American hip hop.

But despite this success and all the money he’s earned (which he talks about explicitly on the album), he’s never seemed to have the potential to make him an artist who people will remember several years down the line, or shown that he will mould the course of the scene in years to come. Ever the opportunist, he offers a chart-friendly take on the current trend in the scene, with his signature Auto-Tuned vocals, the occasional catchy hook and his trap-heavy production that is cut from the same cloth as his Migos, 21 Savage and Young Thug.

That being said, something about Future felt different; like it could be a moment of change that justified all his mainstream success. For one thing, the grainy, elusive cover art seemed to reflect what would hopefully be a more serious musical direction. He also took a leaf out of J Cole’s book and decided to make this his first feature-less album – a surprising and ambitious decision that could prove he needn’t rely on the 6 God or Maroon 5 to get his name out there.

Unfortunately though, Future has proven to be one of the most 2D hip hop albums to emerge in recent memory, and while his hardcore fans are likely to praise it, everyone else will be left scratching their heads, wondering what all the hype was about. Admittedly, there are some moments that keep the album afloat, namely ‘Rent Money’, which is a fun and aggressive opener that is sure to get your head bobbing, as well as ‘Super Trapper’ and ‘Mask Off’, which show Future at his strongest, but elsewhere the album total lacks inventiveness and rarely delivers any refreshing energy, and pales in comparison to the work that some of his peers are producing.

It’s not exactly a totally unlistenable affair, but in a hip hop scene that is thriving, there’s little reason to dedicate any time to an album as bland as this. (3/10) (Woody Delaney)

Listen to Future here via Spotify, and tell us what you think below!