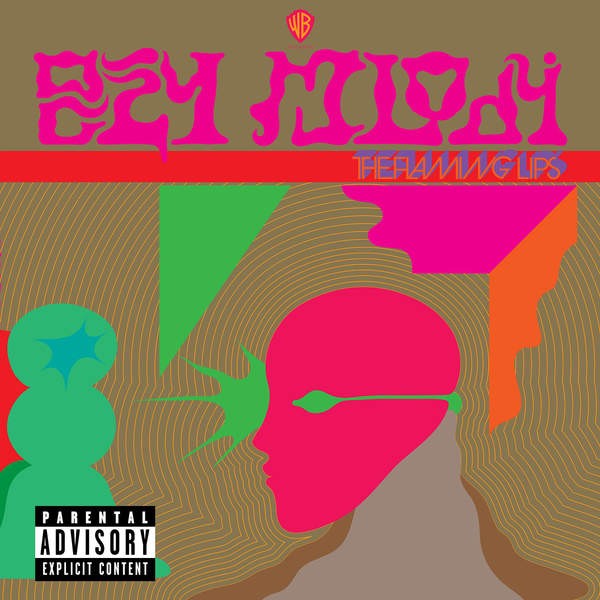 Whilst some may have hoped for an experimental masterpiece, or a piece of psych-pop bliss, on ‘Ozcy Mlody’, the Flaming Lips have kept true to their sound from ‘The Terror’.

The Flaming Lips have always been a unique band, but in recent years they have managed to outdo themselves; in-between 2013’s The Terror, there have been controversies over band members, whether it be politics or drugs, and the collaborative effort with Miley Cyrus in 2015 for her bonkers fifth record Miley Cyrus And Her Dead Petz. Whilst some may have hoped for an experimental masterpiece, or a piece of psych-pop bliss, on Oczy Mlody, the Flaming Lips have kept true to their sound from The Terror sound.

The Terror was the darkest album released by the Flaming Lips’ since the early ’00s as tones of Yoshimi Battles The Pink Robots and The Soft Bulletin were evoked constantly, and while Ozcy Mlody keeps sonically true to the roots set by its predecessor, the lyrical ineptness is a constant issue.

‘There Should Be Unicorns’ is nonsensical as Coyne requests which type of unicorn he can order for a party and becomes nigh-on comical when comedian Reggie Watts does a bumbling piece of spoken word which does nothing. Elsewhere, there is the atrocious lyricism of ‘Do Glowy’ (“Glowy, glowy, glow / Let’s Get Together, yeah / Glow, glow, glow, glow”) take away from anything the track is trying to achieve.

Thematically, the album links together well – though this isn’t always a good thing. A constant reverb on the bass overstays its welcome in the early stages of the record as the instrumental title-track ‘Oczy Mlody’, ‘How??’ and ‘There Should Be Unicorns’ become drenched in a wall of sound. Whilst the similarities in the melodies throughout the latter, as well as ‘Nigdy Die (Never No)’ and ‘Do Glowy’, feel claustrophobic in its repetition.

‘Galaxy I Sink’ is an excellent example of what the album could have been; though following the structure of the record instrumentally and production-wise, the track uses hushed vocals against drum programming to provide for an exotic lone guitar sound. The cut is mixed superbly as the grandiose sound of the strings builds to a ’50s cinema sound – it’s ambitious and well-structured and one of the best things the band has done in a decade.

‘The Castle’ and ‘Sunrise (Eyes Of The Young)’ are the exceptions to the constant reverb rule. The former is an album highlight as a trip-hop drum beat provides the backdrop for a sun-soaked guitar sound that evokes previous Lips classic of the noughties. The track is confident in its simplistic pop sound and the record is better for it. ‘Sunrise (Eyes Of The Young)’ is similar in its ethereal beauty as keys and harmonies provide an extra layer to the album.

Grandiose, but suffering from a lack of ideas, Oczy Mlody is as frustrating as it brilliant. Where tracks like ‘There Should Be Unicorns’, ‘Nigdy Nie (Never No)’ and ‘Oczy Mlody’ labour in its repetition of instrumentals and ‘Do Glowy’ fail to inspire due to inane lyricism. There is excellent sonic ideas of ‘Galaxy I Sink’ and ‘Almost Home (Blisko Domu)’, whilst tracks like ‘The Castle’ are able to stand out with their core melodies. Wayne Coyne and co. may still be providing interesting listens on their 14th effort, though the lack of consistency throughout ultimately means this is a record which disappoints.  (5/10) (John Tindale)

Listen to Oczy Mlody here via Spotify, and tell us what you think below!