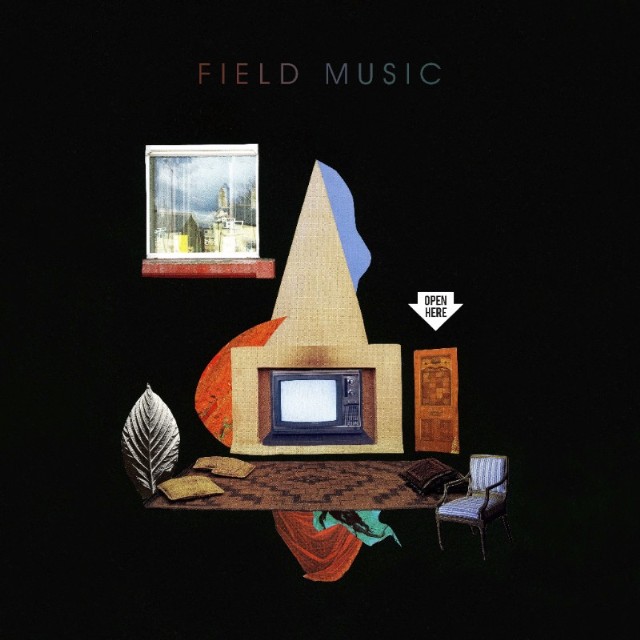 Field Music do not disappoint with their seventh full-length release ‘Open Here’, an album full of mesmerizing arrangements and contemplative lyrics which play together in perfect harmony.

Brothers Peter and David Brewis are back with another full-length album, which is also number seven in their discography. Coming from the fertile creative soil of Sunderland, they have been working under the artistic pseudonym Field Music since 2005 when their self-titled debut was released. Since then, they’ve been more than prolific when it comes to music making, often surprising their listeners with continuous and inventive releases, not to mention outlasting their once-fashionable regional contemporaries such as Maximo Park and The Futureheads in the process.

Field Music have been known for creating tunes which have their own peculiar sound. Often combining different influences and drawing from different genres, the Brewis brothers grew to be innovators of their own kind, experimenting in the space of progressive art-pop with more confidence than most would expect. There is something magnetic and charismatic in the duo’s music. It might be the rich instrumentation or the fact that they embraced their peculiarity in such a bold and convincing way. Field Music’s newest LP, Open Here, is no exception to this rule and brings some of Brewis brothers’ best ideas to the table.

Open Here is a musical treat inspired by names such as Peter Gabriel or Steely Dan and an album which doesn’t disappoint – it is colourful and multilayered, often reaching for sounds and textures which the listener might not expect to hear. Some of the musical ideas may even seem out of place at the very beginning, however, they quickly feel right at home when Open House’s spectrum of sounds expands with each song. Quirky rhythm and percussion, eerie piano, and startling woodwinds are only some of the timbres which can be found on the David and Peter Brewis’ newest record.

Beyond Open Here’s orchestral arrangements and progressive pop experimentation, Field Music also reached for meaningful and relatable lyrical ideas and themes. The album allows the duo to comment on external as well as internal experiences of the past couple of years. Events such as Brexit or recent presidential elections in the United States were not omitted by the brothers, adding even more flavour to the record.

While almost all of the tracks on the record are excellent, songs which stand out the most are definitely ‘Count It Up’ and ‘Share a Pillow’. The first one relates directly to the issues of today’s world and invites the listener to reflect on their own situation, and most notably, different privileges that they might have. Lines such as “If people don’t stare at you on the street because of the colour of your skin” or “if you can go through day to day without the fear of violence” encapsulate some of the most significant crises in our society.

‘Share A Pillow’ possesses this captivating quality which may remind some listeners of Talking Heads – it is vivid and energetic, with an incredibly well-balanced horn section. Yet the lyrics of the song, contrary to commenting on our society’s messy affairs, look at the author’s personal experiences and are inspired by Peter’s son.

Open Here is yet another mesmerizing effort from Field Music and a record which shines with imaginative ideas and beautiful instrumentation. Although not many people may be familiar with the Brewis brothers, their newest record is definitely worth listening to, for the music and for the lyrics. (7/10) (Alicja Rutkowska)

Listen to Open Here by Field Music below, and tell us what you think!