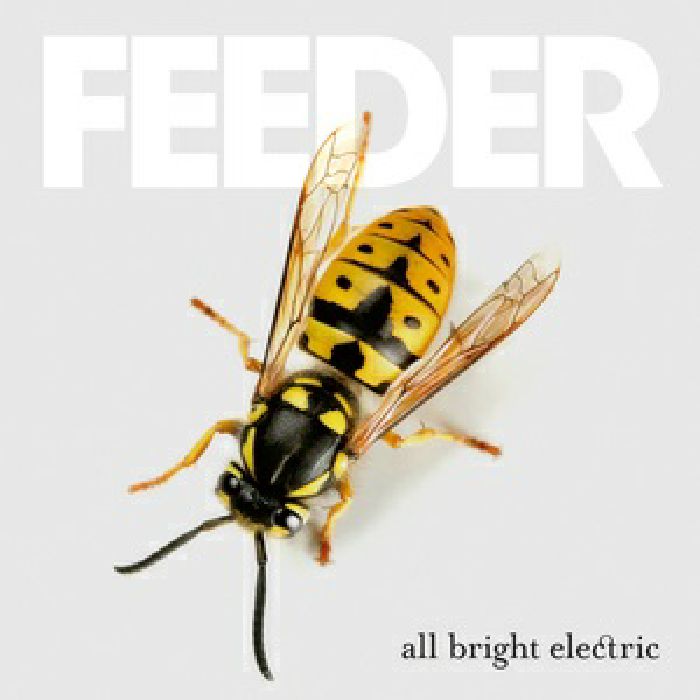 As with almost every other Feeder album, ‘All Bright Electric’ lacks that special something to truly segregate it from the ‘average’ zone.

After a four-year hiatus, Feeder are back with their ninth studio album All Bright Electric, a record that pretty much immediately registers as a significantly more well-rounded achievement than some previous, lacklustre entries in their catalogue. Frontman Grant Nicholas recently said that “recording All Bright Electric felt as exciting as making our first album Polythene”, and it doesn’t take very long for the listener to realise this. Let’s first of all look at the singles ‘Universe Of Life’ and ‘Eskimo’.

When you listen to ‘Universe Of Life’ you feel encapsulated by the savage and brutal guitar riff and know that Feeder, as they should’ve always been, are back. With a catchy and memorable chorus ‘Universe Of Life’ sets the album ablaze from the start. ‘Eskimo’ is lyrically cultivating, definitely more so than their almighty single ‘Buck Rogers’. Coupled with a tuneful, as well as dark, guitar progression ‘Eskimo’ is without a shadow of a doubt the best song on the album. The music and lyrics complement each other flawlessly. When listening to this song you are entranced into a world of ‘despair’ and ‘fever’. The subject could be left to the imagination of the listener although the lyrics “As I look to the west a neon sign is glowing through the trees” may suggest otherwise.

But Feeder have always been a band all the about the singles rather than the albums themselves. This trait does not fail to appear on All Bright Electric. Although songs ‘Paperweight’ and ‘Holy Water’ attempt to keep you awake, the album does start to put the foot on the brake pedal with tracks like ‘Infrared-Ultraviolet’, ‘The Impossible’, ‘Angels And Lullaby’s’. But if you look back to previous releases like Pushing The Senses and Comfort In Sound it’s blatant that Feeder have put a lot more heart and soul into this album. Ultimately, as with almost all other Feeder albums, All Bright Electric lacks that special something to truly segregate it from the ‘Average’ zone. (6/10) (Harry Beynon)

Listen to All Bright Electric here via Spotify, and tell us what you think below!