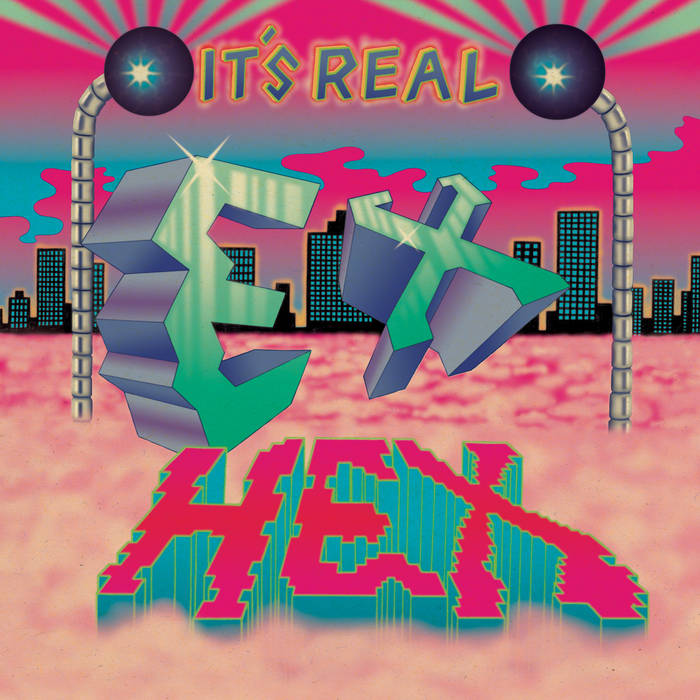 Half a decade after their successful debut Rips, D.C. punk trio Ex Hex, fronted by indie icon Mary Timony (ex-Helium, Autoclave and Wild Flag) are back a second album. As might be expected, It’s Real isn’t vastly different from its predecessor, although it must be said that it has a distinctly lighter sound, with Timony and her sidekicks Betsy Wright and Laura Harris opting for a kind of dreamy (if heavy) Americana, the kind that wouldn’t sound out of place in a ‘90s movie.

Furthermore, in keeping with previous form, It’s Real is a fun album. It has a glimmer of glam rock, and an obvious ‘80s underground influence. However, if we’re going to be honest about this, it does start to grate a bit after a while, particularly the guitars whose extremely taut garage-rockiness feels overly repetitive after a while. But, this being said, the pros do seem to outweigh the cons: each one of the 10 tracks is enjoyable taken in its own right, but ultimately, it has to be said that it’s absolutely nothing that fans of this genre haven’t heard before.

The stand-out moments of a pretty consistent collection are its opening salvo of ‘Tough Enough’ and ‘Rainbow Shiner’, but it is kind of unfortunate that these are the first two tracks of the album. It makes for a relatively strong opening, but unfortunately It’s Real doesn’t seem to go much further than that. It’s Real had potential to build upon the word-of-mouth success of Rips, and while Ex Hex should see the same fanbase re-assemble to buy the album and attend the tour, it feels like a missed opportunity to make something more challenging and confrontational. (6/10) (Jesse Casey)

Listen to It’s Real by Ex Hex here via Spotify, and tell us what you think below!