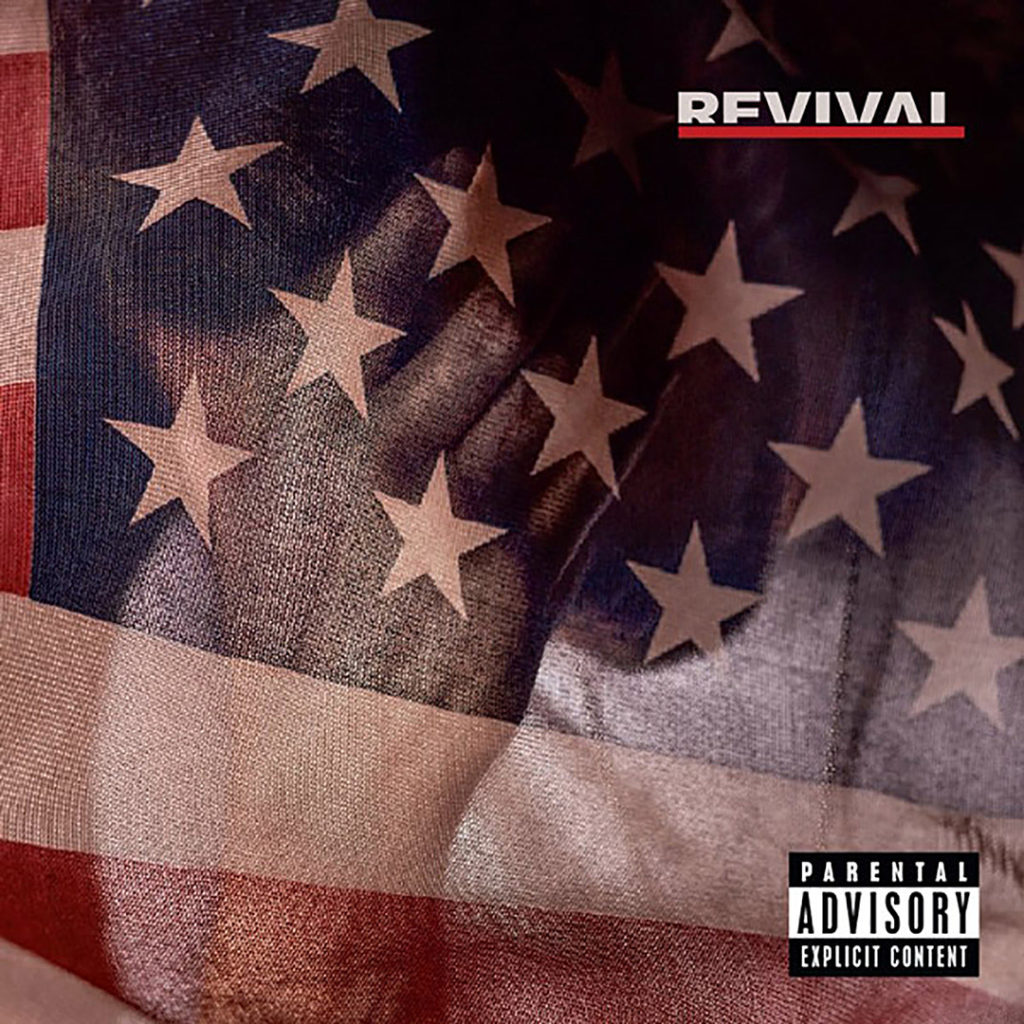 Considered by some as of hip-hop’s all-time heavyweight MCs, and certainly one of the most successful, Eminem (born Marshall Mathers III) has landed himself at #83 on Rolling Stone’s list of 100 Greatest Artists of All Time and has sold roughly 172 million albums worldwide. For a white rapper to manifest such a living in a predominantly black genre of music and come out the best-selling rap artist in history is truly unbelievable. Although, if there had been no Dr. Dre, there would be no Eminem.

However, Eminem’s career direction at this moment in time is looking bleak. His albums over the past decade have not lived up to the likes of his earlier albums including The Slim Shady LP and The Marshall Mathers LP, albeit a few anthemic hit singles like ‘Lose Yourself’ and ‘Rap God’. The reason his late nineties/early noughties albums resonated so effervescently was not only Dre’s production wizardry but also his notoriously sadistic alter ego Slim Shady. This character helped Eminem protrude a carefree, don’t-give-a-fuck attitude and to also signify the unquestionable power of words – attributes that have been vital to hip-hop’s success since its conception. Moreover, Ken Kaniff is Eminem’s famous homosexual character, whose (in)famous skits include a prank call to Eminem on The Slim Shady LP and has a sexual encounter with the members of Insane Clown Posse (Violent J and Shaggy 2 Dope) on The Marshall Mathers LP.

But with great success, great backlash tends not to be far behind and for Eminem it was the allegation of homophobia – amongst other things. Australian gay rights activist groups even tried to ban him from their country back in 2001 (fellow hip-hop legend Snoop Dogg was outright banned in 2007). However, Elton John was happy to collaborate with Eminem on ‘Stan’ for the Curtain Call compilation album and performed live with him. Thereafter, they became good friends.

Before delving into his latest album in four years, Revival, there is something important that needs to be addressed. Eminem’s BET Hip-Hop Awards anti-Trump freestyle rap was a bold and potentially risky career stunt. Weirdly enough, Donald Trump endorsed Eminem (as Slim Shady) at a mock presidential rally event in 2004 that promoted Encore and his Shade 45 show on Sirius Radio. In 2017, Eminem’s anti-Trump rhetoric is all too real. But, it is his artistry and overall image are what counts at the end of the day and on that front, it is not looking promising.

It is crucial to understand why Eminem became popular almost twenty years ago. He was everything the establishment, and Middle America, hated and feared at the time. His lyrics were sprawling with crude and personal references to drugs, alcohol, sex, and family relations. His edgy, anti-establishment persona is what attracted so many die-hard fans. Many will be delighted that he attacks Donald Trump so viciously. Let’s face it, this pantomime villain of a president is an easy target and there is plenty to criticise. However, it is ironic that many of Eminem’s white, blue-collar fans voted for Trump because they saw him as anti-establishment. Revival may well have alienated some of them from the infamous rapper.

Eminem was a leading example of white male rappers being more than capable of making it in the hip-hop industry. But whatever influence Eminem had on his working-class fanbase, particularly on those who voted for Trump, may just about have vanished. “And any fan of mine who is a supporter of his, I’m drawing in the sand a line. You’re either for or against and if you can’t decide who you like more in your split on who you should stand beside, I’ll do it for you with this. Fuck you!” was Eminem’s closing verse in his freestyle rap.

The song ‘Untouchable’ deals with racism in America but Eminem goes about conveying his message in a very controversial manner. Eminem criticises Trump for dividing people but lyrics like “Fuck your Republican views” doesn’t exactly bring people together. ‘Untouchable’ also brings to light the collective and undeniable guilt for the historical beginnings of his country (“In a country that claims that its foundation was based on United States ideals / That had its Natives killed”). In addition, lyrics like “I admit, there have been times where it’s been embarrassin’ to be a…..white boy” is another reason why the white demographic of his fanbase may not look at this new album with high regard.

On ‘Like Home’, featuring Alicia Keys, Eminem fares slightly better, putting Trump directly in the firing line. Here, Eminem says Trump is a racist, Hitlerian President (“Someone get this Aryan a sheet” and “So basically, you’re Adolf Hitler!”). This will appeal to Trump’s detractors and may win Eminem a few new fans. But does this claim end all reasonable debate around other Trump-related issues that should be at the forefront? For example, Eminem asks the question “Why you think he banned transgenders from the military with a tweet?”

‘Framed’ revisits the Slim Shady horrorcore style of albums past, and Ivanka Trump is the murder victim. Overall, ‘Framed’ is one of the better songs on Revival apart from its chorus which features the excruciatingly whiny emphasis on the end words, every few lines. ‘Remind Me’ effectively uses samples from ‘I Love Rock N’ Roll’ by Joan Jett & The Blackhearts as he flashes back to the first time he met his ex-wife Kim. The timing of Joan Jett’s lyrical samples with Eminem’s is executed nicely. There’s also another anti-Trump reference hidden within for good measure.

Another huge problem with Revival is that some of the collaborations are underwhelming. Alicia Keys on ‘Like Home’, P!nk on ‘Need Me’ and Skylar Grey on ‘Tragic Endings’ are the exceptions, especially the latter. But by far the worst song featuring a guest artist is ‘River’ with Ed Sheeran. Eminem raps ardently about a love triangle story involving an abortion which is then disastrously spoilt by Sheeran’s vocally incompatible chorus that consists of typical Sheeran-esque drivel that would have been right at home on ÷. Eminem and Sheeran are, quite simply, woefully mismatched.

The listener is left with the impression that Eminem, who was once considered a legendary hip-hop artist back in his hey-day, is trying desperately to salvage his reputation, hence the record’s title. But the bottom line is that this album is the antithesis of a revival. Despite its runtime being similar to that of other albums in his catalogue, it is a real struggle to recall well over half the content. This needs to be said: Revival has ended Eminem’s musical career. (4/10) (Harry Beynon)

Listen to Revival by Eminem here via Spotify, and tell us what you think below!