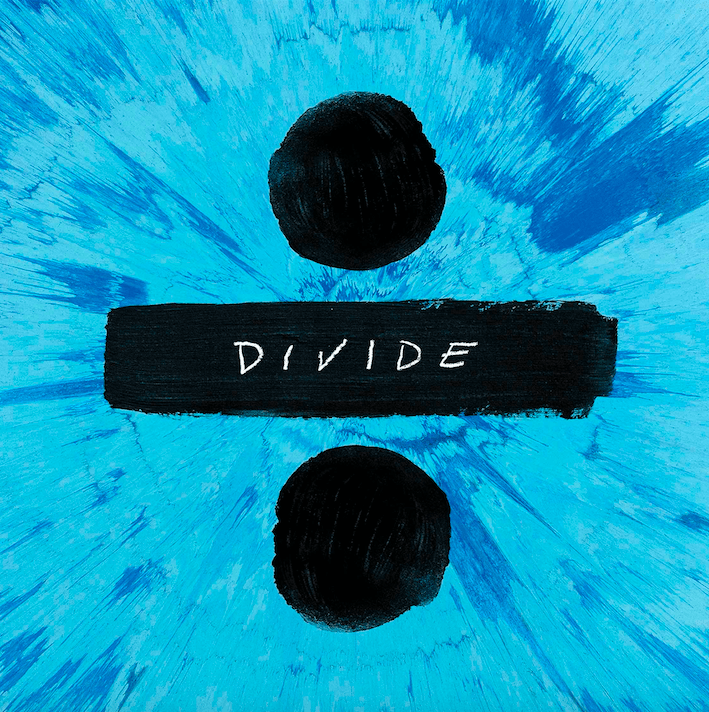 The commercial juggernaut of Ed Sheeran will rumble on, and nothing anybody will say about ‘÷’ will make any difference. That said, it’s crushingly average.

Certainly one of the most hyped releases of 2017, Ed Sheeran’s third album ÷ has already enjoyed unbelievable record sales with over 200,000 units sold on the day of release – the biggest one-day record sales figures since Adele’s 25 that sold 300,000 back in November 2015. In addition, Sheeran’s tracks were streamed roughly 70 million times on Spotify that same day, and ÷’s first three singles have all been occupying positions in the UK’s top four for nearly a month. Whatever any critic, positive or negative, has to say about him, it’s clear that this unassuming man will remain culturally ubiquitous for quite some time yet.

For someone who cared for no other career than music, it was clear that Sheeran had that potential, that special something, to be huge from the off as he never did anything else except play the guitar growing up. Whoever said school was more important anyway? However, he wasn’t going to become a superstar overnight. Early in his career he would sleep on the Circle Line and perform two or three gigs every night just to be able to eat. With perseverance, numerous EPs and his scrappy debut album +, his relatable lyricism and clinging vocals have managed to inspire an entire generation of people worldwide. Turns out that missing those maths and science classes proved to be one of the best life-changing decisions he’s ever made; from the London Underground to consecutive sell-out shows at London arenas and beyond.

2011’s + was an album filled with catchy choruses and memorable chords that resonated with teenagers and young adults alike with songs like ‘The A Team’ and ‘Lego House’ getting nine-figure plays on Spotify. 2014’s x, as a whole, was more upbeat and induced modern pop elements, for example ‘Sing’, and where he forged his most infamous tracks to date; like ‘Don’t’, ‘Thinking Out Loud’ and ‘Photograph’ which still uphold their popularity. So, with all that extreme fanaticism and loyalty from fans, what musical direction has Sheeran taken with ÷?

The first insight to this new record came from singles ‘Castle On The Hill’ and ‘Shape Of You’. The former is a song of an upbeat nature as seen on x, with Sheeran’s vocals delivering emotional lyrics. However, the chorus descends the song into an anti-climax from what was a promising build-up that ruins the listening experience.

The latter song on the other hand – oh dear. ‘Shape Of You’, despite already being a huge hit, is arguably the bane of this album. Its lacklustre lyrics (e.g. “Although my heart is falling too / I’m in love with your body”), the unadventurous song subject (basically the mind of a drunken lad in a club) and the annoyingly unoriginal pop melody reduces it nothing more than something you’d hear on someone’s pre-drinks playlist; possibly Sheeran’s worst song to date.

Luckily the opening track ‘Eraser’ does offer a good first impression to those who didn’t hear the two singles beforehand. The lyrics on this track imply Sheeran talking about himself and his life thus far and how he got to where he is now (e.g. “Conversations with my father on the A14 / Age 12, telling me I’ve got to chase my dreams”). ‘Dive’, despite its short but sweet guitar solo, is where things start to go drastically downhill for ÷ as Sheeran drowns the listener in washed-up lovey-dovey dribble that is short of any mechanism to grab the listener’s ears.

The music that backs up Sheeran’s phenomenal vocal work is even more disdainful. This includes tracks like ‘Perfect’, ‘Happier’, ‘Galway Girl’ and ‘New Man’; in all of which the beats and melodies are laughable since this is Ed Sheeran. Is he not better than this? Despite this tracks like ‘Barcelona’, with its fun Spanish/Latin tang, brings something more innovative to the table. ‘Bibia Be Ye Ye’ has won the medal for best song on the album; a vibrant track with an exotic aroma which ÷ has been missing, and needing, throughout.

What can be said about ÷ that actually matters? Nothing that would ever dent his sales, but most of Sheeran’s all-encompassing pop compositions on this LP barely live up to his previous entries. If one was to go back and listen to those hits of years gone by, they’d find that they would remember more than half of the tracks. The same simply cannot be said for ÷. The only thing anyone can really take away from this is that Ed Sheeran is still an incredible vocalist and live performer; that’s it. ÷ begs the question of whether his popularity as a pop artist is getting the better of, or somehow affecting, his music quality. (4/10) (Harry Beynon)

Listen to ÷ here via Spotify, and tell us what you think below!