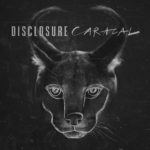 From the quirkiest corners of the blogosphere to the listening habits of teens and clubbers throughout the nation, it quickly became a cast-iron given that Settle, Guy and Howard Lawrence’s 2013 debut album as Disclosure, was a modern classic. Channelling their wide range of influences, ranging from house and techno to dubstep and garage, through a kaleidoscopic template and offering an alternative for electronic music (crucially free of the boorish unsubtlety of festival-bound EDM) the Lawrences came across as intelligent students and interpreters of British dance music history. A little over two years later, they’re back with one of the most anticipated sophomore albums from a British act in many a year.

However, for anybody expecting more of the same, Caracal might initially come as a bit of a disappointment. Rather than reprising the bedroom-dwelling, street-level sounds of their debut, Disclosure have opted for something a little glitzier and more transatlantic, and on occasion it feels as if they’ve lost a little of what made Settle so memorable. The BPMs are down, house and 2-step is out, and this time it’s all about the groove, rather than the beat. It’s arguably a move aimed at the American market, having secured the adoration of their homeland last time around. However, there are more than enough good ideas converted into memorable tracks in order for it to be at least partially successful.

The biggest different is in their selection of collaborators. On Settle, the Lawrence brothers made it a point of principle to team up other up-and-coming artists, such as Sam Smith, AlunaGeorge and London Grammar in a spirit of lending each other a hand, but with Caracal there seems to be a more calculated and less ‘give and take’ approach. The choices of Lorde for the otherwise clipped, hushed beauty of ‘Magnets’ and The Weeknd for ‘Nocturnal’ feel a bit like they’re showing off their celebrity connections, whereas Sam Smith’s sterile turn on ‘Omen’ is a significantly less impressive effort than the outstanding ‘Latch’, like a botched attempt at a sequel to cash in on a box office success at the movies. With only the merest hint of garage in its lowdown swagger, it’s possibly the biggest disappointment on Caracal.

Happily, there are exceptional moments like Gregory Porter’s ‘Holding On’, with its head-nodding house thump and tricky breaks as Porter delivers a deep, soulful vocal that’s absolutely on point with the intended new direction on the album. The disorientating, skewed beat of the R&B jam ‘Willing & Able’, featuring the talents of the hotly-tipped Kwabs, is classy and yet unexpected from Disclosure. ‘Superego’, featuring Nao, goes for the same sensuality but works less well due its slow speed. Lion Babe’s Jillian Hervey provides a solid vocal foil for the mid-tempo ‘Hourglass’ in what could easily be a radio hit in the States, as does Miguel on the ballad-like structure of ‘Good Intentions’. The two self-composed instrumentals ‘Jaded’ and ‘Echoes’, however, are lightweight.

This brings us to the matter of the production and execution in some places on Caracal. Whereas their debut was consistently dazzling, this time around there’s a nagging feeling that Disclosure have somehow settled (excuse the pun) for less in places, hoping that the star qualities of their collaborators will carry them over. The underwhelming and overly long opener ‘Nocturnal’ introduces this suspicion immediately –it’s merely steady and sturdy, critically missing the smart, whip-cracking beats and breaks of a track like ‘When A Fire Starts To Burn’. It’s hardly a cardinal sin, but there’s an ordinariness to a few of these new songs that the ruthless, forward-thinking visionaries of two years ago would never have tolerated. Also: ‘Bang That’, the first taster we got of the new material, is completely absent, except for the deluxe iTunes edition – what the hell happened, guys?

Where Disclosure were once ahead of the curve, they’re now very much of their time, now that the rest of the field has caught up with them. While this is at first hard to accept, it isn’t very long before Caracal opens up its well-observed, transatlantic charms to you. It’s a worthy follow-up, but one with a handful of significant qualifications in terms of its overall vision and selection of guest singers. (6/10)